June 1st in Kazakhstan gave many a reason to celebrate not only because of the long-awaited arrival of summer but also because of the ease-up of the lockdown in the country, as Kazakhstan took down police checkpoints that restrained movement between the regions and allowed gyms and kindergartens to begin reopening at limited capacity. 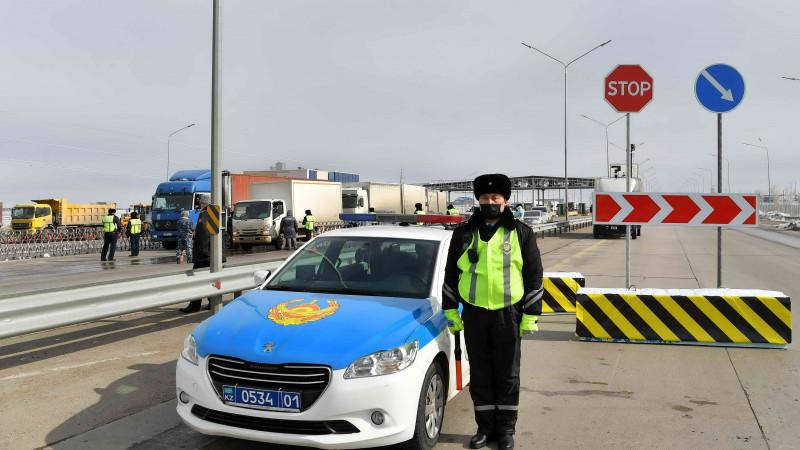 Police officers, volunteers, and doctors who were at the forefront of the fight against the virus at the checkpoints were awarded for their service. Photo credit astana.gov.kz

While citizens are now allowed to use their vehicles to travel within the country, fifty-four passenger trains also resumed their operations on June 1st, with a gradual plan to resume another 39 starting on June 10th.

Nationwide bus services will become available on June 5th, while international bus routes with Russia, China, Uzbekistan, Kyrgyzstan, and Mongolia will resume their operation depending on the situation in these countries.

There are currently 313 bus routes between Kazakh cities operated by 888 bus companies.

Buses must undergo full disinfection at their final destinations, while drivers are required to wear gloves and masks. Wearing masks is also mandatory for passengers, who will be kept at a one-meter physical distance inside the buses.

“Anti-epidemic measures, including restrictive measures, will continue. The lifting of the ban on movement within the country means that the incidence rate across the country’s regions was equalized and now there is no need to limit citizens’ movement,” said Kazakh Minister of Healthcare Yelzhan Birtanov.

He warned people to follow the social distancing rules and wear masks in public places to prevent another wave.

The authorities also allowed gyms, spa centers, and kindergartens to reopen on June 1st, while sports and culture facilities will operate without a live audience.

Cinemas will resume their work on June 15 given that they observe all sanitary regulations.

Another positive side of the lockdown measures is a 26 percent decrease in the crime rate,

“The round-the-clock work schedule, isolation from home and family, and mistrust among citizens all caused enormous psychological and physical stress. But our employees continued to serve throughout the last 78 days,” said Kazakh Minister of Internal Affairs Yerlan Turgumbayev.