Kazakhs Pivot to Indoor Sports, Virtual Events as They Adjust to Lockdown Lifestyle

By Zhanna Shayakhmetova in Society on 11 June 2020

People have started practicing more physical activities as well as engaging in online arts during lockdown, said Minister of Culture and Sports Aktoty Raimkulova at the June 6 press conference in Nur-Sultan. 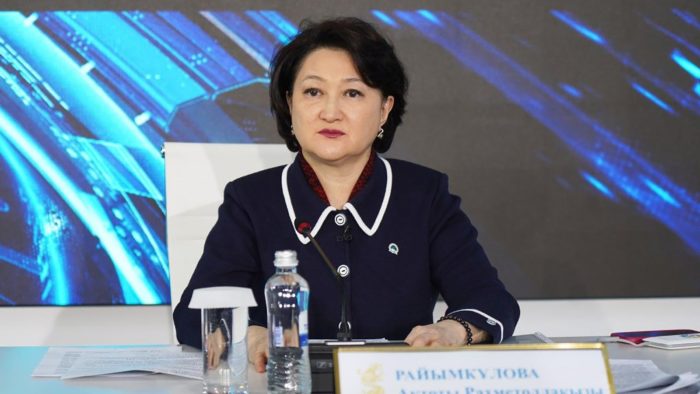 People’s participation in sporting activities and healthy lifestyle promotion are priority tasks for the ministry. To achieve this, a comprehensive plan to promote a physical culture and mass sport campaign as well as fostering the spirit of sportsmanship was adopted.

Some 5.7 million people, including 544,000 children and adolescents, now practice sports regularly in Kazakhstan. “We have positive results in professional sports as well. Since the beginning of 2019, the national team has won more than 1,000 medals. Despite the pandemic, all athletes conducted their workouts at home and recently resumed their workouts outdoors,” Raimkulova said.

The schedule for the major sports competitions were changed as a result of the COVID-19 pandemic worldwide. The Olympic Games scheduled to take place in late July – early August have been canceled. Due to this, the schedules of international and licensed competitions were also rescheduled.

“As the Olympic Games were postponed to 2021, the ministry has saved 4.3 billion tenge (US$10 million) in just half a year. All the funds will be returned to the state budget,” said Raimkulova.

Kazakhstan plans to snatch up more than 100 licenses and have more than 110 athletes participate in the Olympic Games. Next year, the national team will take part for the first time ever in the archery competitions.

It is also reported that 48 sports facilities will be opened by the end of the year. Altogether, 1,300 new sports facilities were built in 2019. Some 477 youth sports schools provide free instruction for more than 350,000 children nationwide.

This year, one of the main announcements will be the opening of the International University of Tourism and Sports in Turkestan. The university will have a stated mission to prepare qualified specialists in tourism, sports, handicraft and restoration.

As a response to the lockdown, the Ministry of Culture and Sports launched virtual cultural projects that attracted more than 60 million views during the lockdown. Museums and libraries are also gradually transferring their operations online.

“About 160 concerts and productions are available online. The Kazakhfilm studio gave the public access to 223 films. More than 60,000 e-books are available in the library. The museums, theaters and libraries organized free online broadcasts of concerts, performances, productions, films, video excursions for people with hearing impairments as well as 3D tours to popular museums and tourist routes,” the minister said.

Raimkulova also shared plans for celebrating the 175th anniversary of Kazakh poet and philosopher Abai with a virtual series of programs, lectures, exhibitions, students’ competition, video tours and concerts dedicated to the national icon.  Some projects were postponed to a later date (August-October) but to make up for that, the programs highlighting poet’s works will be streamed live on YouTube, Facebook and Instagram for the public to enjoy.

The restoration works have started in the ancient Otyrar settlement in the Turkestan region in the light of the 1150th anniversary of philosopher and thinker Al-Farabi. The exposition hall will be opened and his works in seven books will be published in three languages. “The Return of the Teacher” documentary will be premiered in September.