By Aidana Yergaliyeva in International on 4 June 2020

As tennis matches started to resume and gain steam after the global lockdown, Kazakhstan’s No. 3 professional tennis player Dmitry Popko is taking part in the six-week US MatchPlay 120 exhibition tournament. As of June 1, having won three games and lost in one, Popko stands second in the tournament’s leaderboard. 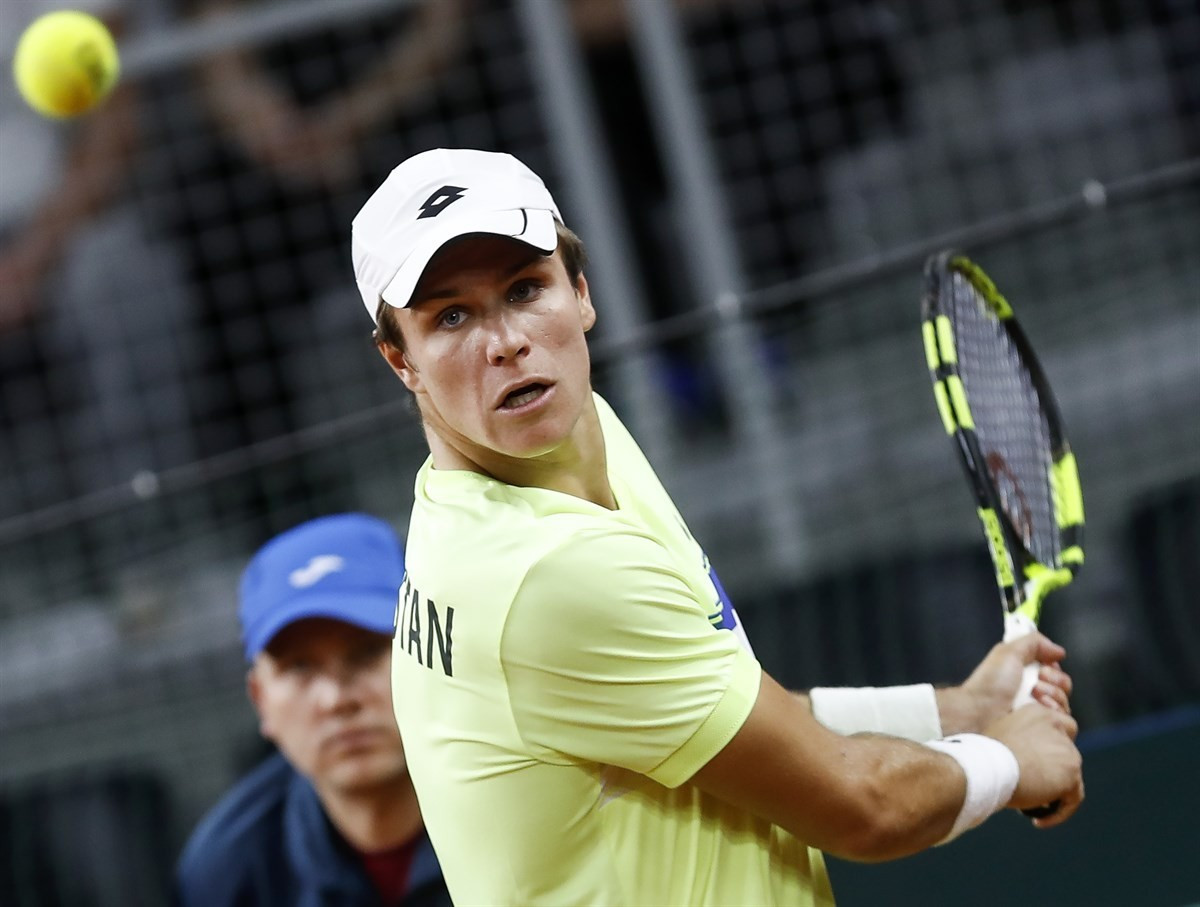 Popko started the second week by clinching a win in a game against Nicolas Mejia of Colombia and losing to Mischa Zverev of Germany. Popko will have more chances to show off his skills in the tournament.

The Genius Sports software company and Topnotch Management (TNM), a talent agency representing top tennis and soccer players, launched the MatchPlay 120 series on May 26th. It is a brand new tournament featuring top 300 players ranked inside the ATP and WTA (The Women’s Tennis Association), including players from top 100 as 2020 Australian Open quarterfinalist Tennys Sandgren (ATP 55), and WTA Tour title-winner Lauren Davis (WTA 62), among others.

The fans can watch over 120 live tennis matches taking place in several cities in the U.S.A. over the six weeks. For safety reasons, the matches will exclude spectators, judges and ball boys and girls who usually retrieve missed balls for tennis players

Meanwhile in Kazakhstan, the Kazakh National Olympic Committee (the NOC) and national sports federations decided to resume their training camps on June 1st for members of the national sports teams.

“During the emergency state, most of the teams were in self-isolation and trained at home. But now, after the lifting of the state of emergency, the teams need to continue intensive preparation for important competitions to win Olympic licenses,” NOC operational headquarter’s Director Elsiyar Kanagatov said.

NOC accredited specialized sports facilities will receive permission to conduct training processes only after verifying their full compliance with the sanitary and disinfection regime approved by the May 10 decree of the chief state sanitary doctor titled: “On further strengthening measures to prevent coronavirus infection among the population of the Republic of Kazakhstan.”