NUR-SULTAN – Kazakhstan marked the 28th of June as the official Day of Mass Media Workers. Kazakh President Kassym-Jomart Tokayev congratulated the media workers on their professional holiday and awarded the most distinguished media workers in the country for their hard work. 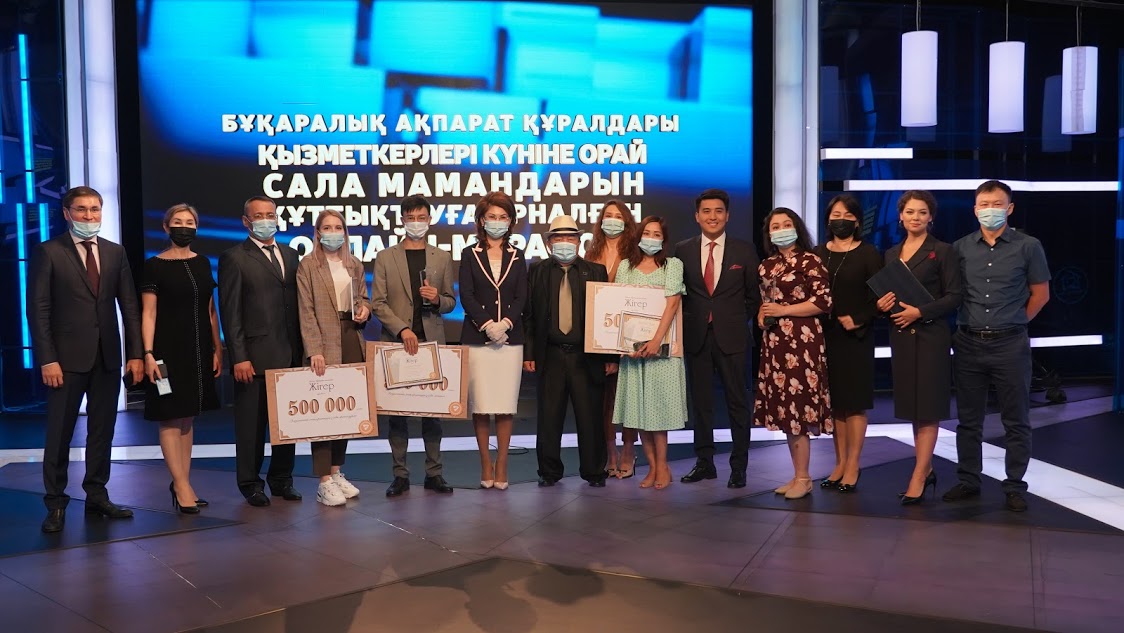 There are currently 3,669 media outlets in Kazakhstan as of January 2020, according to the Kazakh Ministry of Information and Social Development, including 2,964 that work in print media, 161 TV channels, 73 radio stations and 471 information agencies and websites. The nation also has 244 foreign TV and radio stations, and most of them hail from Russia, the United Kingdom and the United States.

Until 2011, the professional holiday was celebrated on May 10 to commemorate the first issue of the Kazakh language newspaper  “Turkestan Ualayatynyn Gazeti” (The Newspaper of the Turkestan region from Kazakh) in 1870, but the date was unofficial.

In 2011, the presidential decree designated June 28 as the Day of Communication and Information Workers to mark the day when Kazakhstan adopted its first law on print and other media in 1991. But it was not until last year when Tokayev decided to dedicate a separate day to the Kazakh press and separate day to workers in communications and information, which is now celebrated on May 17.

“More than a century ago, teacher of the nation Ahmet Baitursynov (prominent writer and public figure of the 20th century) when describing the role of the press said that the newspaper is the eyes, ears, and tongue of the people. These wise words apply not only to print press today but also to online media and information agencies. The stories reflect the concerns of people, their thoughts, opinions, aspirations and hopes. Journalists keep a watchful eye on what is happening in society, always there to selflessly serve the people. Your work has a great significance in helping us implement the ‘listening state’ (Tokayev’s personal initiative dedicated to bridging the gap between the government and the population) in our country,” said Tokayev.

Journalists continue the traditions begun by “their talented predecessors,” he said.

“In order to be a true journalist, along with professional skills, one needs courage and perseverance. A journalist who cares for other people’s problems, who is responsible in doing his work and thinks about the welfare of the state, enjoys the same respect from his or her compatriots,” said Tokayev.

Such an attitude is particularly important these days, he noted, as journalists always stand on the frontline.

“During the coronavirus pandemic that affected the entire world, you have had to work all day long side by side with our medical workers and law enforcement workers,” said Tokayev.

“Our unity is imperishable. We are united by common goals and through the strength of spirit. I am sure that working closely together, we will overcome any difficulties standing in the way of the development of the Listening State,” he concluded.