Kazakhstan has taken a very different trajectory to most other former Soviet Republics.  Rather than aligning with Western countries and closing opportunities for trade and cooperation with Russia, it has taken an open approach to cooperation with Russia, China, Middle-Eastern countries and the US/EU.  This ‘multi-vector’ approach has afforded Kazakhstan strong economic growth while maintaining harmonious relations between the ethnic Kazakhs and Russians.  Can the approach of the world’s largest landlocked state serve as a model for other countries caught between ‘East’ and ‘West’ in an increasingly (multi-) polarised world? 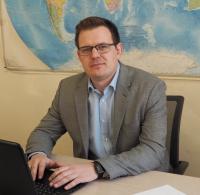 After the fall of the Soviet Union among the former Soviet states the old-fashioned idea of the ‘one people-one language’ nation-state was given a breath of new life. For some of them, de-Sovietisation meant de-Russification, and in some of those countries, learning the new state language was a prerequisite for citizenship.

As a result millions of ethnic Russians still feel unwelcome in their native cities and villages outside Russia, because their inability to meet local language requirements restricts their opportunities.  Many of the post-Soviet states with Russian minorities aligned with the EU and NATO as a road to prosperity. The EU and NATO did not make them rich countries, but obliged them to take a distanced attitude to Moscow, because Washington and  Brussels were fearful that these countries would become de facto satellites of a resurgent Russia.  This approach inevitably led to tensions with Russia. Ultimately, it brought us back to a ‘New Cold War’ which we find ourselves in today.

Kazakhstan took a very different approach.  At the start of its independence it had a large Russian-speaking minority (38% in 1989), mostly ethnic Russians but with important numbers of Ukrainians, Armenians and Germans.  Instead of insisting on a ‘Kazakhization’ of these people, the government recognised Russian as a ‘co-official’ language and made efforts to retain Russian speakers in the country. Many of them held important roles in industry and academia.  At the same time the country was able to assert its independence via engagement with China, the US and the European Union.  This approach allowed Kazakhstan to maintain its markets in Russia and other CIS countries. It saved Kazakhstan from the deindustrialisation, typical for many post-Soviet states.

Kazakhstan has promoted closer Eurasian regional integration since the end of the USSR.   It joined the Customs Union with Belarus and Russia in 2011 and was a founding member of the Eurasian Economic Union (EAEU) in 2015.  This regional engagement has paid dividends for Kazakhstan which has a stronger economy and higher living standards than its Central Asian neighbours.  Speaking to the Astana Times in May 2020, Trade Representative of the Russian Federation in Kazakhstan Alexander Yakovlev said that Kazakhstan’s trade with other EAEU countries amounted to $17.4 billion in 2018.

Trade with Russia has seen a significant increase in recent years. “Trade turnover between Russia and Kazakhstan over eight months of 2018 has amounted to $11.3 billion” said Yakovlev.  In 2017, Kazakhstan received 39% of its imports from Russia.”  Kazakhstan’s exports to Russia is relatively small at 9% of total exports from Kazakhstan. This is because Kazakh main exports are fossil fuels, raw minerals, and metals – all items, which Russia also exports.  However, the majority of Kazakhstan’s oil and gas exports transit through Russia, making it more important partner than bilateral statistics might suggest.

Many Russian companies, such as Lukoil, Gazprom and Rosneft have important investments in Kazakhstan and Russian Railroads is one of the main partners of Kazakhstan Temir Zholy. There are also important bilateral ties on nuclear energy and Roskosmos is highly active in Kazakhstan, via the Baikonur Cosmodrome.

In the realm of defence both countries are members of the Collective Security Treaty Organization (CSTO) with its commitments for mutual defence.  Russia also plays a substantial role in training Kazakhstani military officers and soldiers, both within the CSTO framework and at a bilateral level.

While economic ties are clearly strong, Kazakhs also generally like Russia and all things Russian.  In contrast to Ukraine and the Baltic States, the attitude of ordinary Kazakhstanis towards Russia and Russian influence is extremely positive.  Multiple polls over the last decade and beyond have captured this positive attitude of Kazakhstan’s citizens to their northern neighbour. A February poll by Open Democracy summarised  on their website on April 30 shows that 74% of respondents were satisfied with, or even wanted more Russian presence in Kazakhstan.  For the same question, Muslim countries received a 56% positive rating, the EU 44%, China 35% and the US 27%.  When asked which foreign powers should have less influence in their country 65% wanted less US influence, followed by 55% for China and 44% for the EU.  Some 30% wanted less influence from Muslim countries while a mere 17% felt Russia’s influence should be reduced.

published in Eurasian Geography and Economics, looked at several surveys and concluded that “an overwhelming majority of Kazakhstanis consider Russia a friendly country that can be counted on for help.”  They noted that the Russian leadership “enjoys high approval”  peaking at 87% in 2007, and with an average of 70% over the last decade.  Laruelle and Royce also note Russia’s involvement in the Ukraine crisis was “supported by most Kazakhstanis”.   At the same time Laruelle and Royce found that “Kazakhstanis are not defined by an exclusive pro-US/pro-Russian dichotomy”.

Given the portrayal of ‘Russian influence’ in the Western media and political rhetoric as ubiquitous and somehow omnipotent in its ability to sway public opinion on anything from US presidential elections to Catalan independence, many Westerners would put Russia’s popularity in Kazakhstan down to “Russian disinformation”.  But not necessarily so. In a research

funded by the US Department of Defense and the US Army Research Office, Laruelle and Royce reviewed a decade’s worth of Gallup poll data and concluded that “consumption of media from Russia and access to non-governmental and Western sources of information do not seem to have significant effects” on attitudes towards Russia and the US.

According to Laruelle and Royce “Kazakhstani Russians are now well-integrated, do not feel discriminated against, and identify as Kazakhstanis.”  Many ethnic Russians have accepted “Kazakhification” (the promotion of Kazakh language, history and culture) as an implication of independence and “do not challenge it”.

As the real source of a friendly attitude of Kazakhs to both Western countries and Russia, Laruelle and Dylan Royce point to a myriad of ties in the realms of trade, history and culture.  Both countries share 150 years of common history when Kazakhstan was a part of the Russian Empire and subsequently USSR.

Despite a slow decrease in the number of citizens whose native language is Russian, the Russian language has actually grown in recent decades in Kazakhstan. In the last Soviet census of 1989, 64% of ethnic Kazakhs said Russian was their first or (more often) second language.  In 2009, 79% reported the ability to fluently write Russian (Statistical Agency of the Republic of Kazakhstan 2011

).  At the same time fluency in Kazakh – especially among younger generations —  has also increased.

Today Kazakhstan in an independent, diverse and prosperous country.  While clearly leaning towards Russia, its open approach to working with China, the US and others have allowed the country to thrive.  Kazakhstan is a member of the Eurasian Economic Union (EAEU), an economic integration structure, proposed by Vladimir Putin in 2013. But Kazakhstan does not see it as an obstacle for its cooperation with other countries. This is in line with Russia’s stated policy: membership in the EAEU does not preclude integration with the EU.  On the other hand, accession with the EU requires alignment with the EU’s defence structure. Many countries before joining the EU had to acquire membership of NATO, an organization which has designated Russia as its chief threat.

‘Eastern European’ countries that have not yet aligned with NATO should seriously consider the Kazakh ‘third way’ and look to engagement with both Russia and the West. It’s clear from the Kazakh experience that a large Russian-speaking minority and strong cultural ties with the Russia do not translate into a threat to sovereignty.

Ultimately the EU and USA may reconsider the manner in which they are engaging with ‘Eastern Europe’ based on Kazakhstan’s experience. A new approach should be more inclusive and based on engagement with all not hostile countries and entities, replacing the current rivalry with Russia in every possible field. Such an approach would promote peace, development and multi-culturalism as well as a more open form of globalisation.  It might even put an end to the nonsense of the New Cold War.

The author is Associate Professor at University of Southeast Norway, author of several books on post-Soviet space and its relations with the US and the EU.