Kazakhstan is committed to cutting its oil production by 390,000 barrels a day as part of the newly-minted agreement between the Organisation of the Petroleum  Exporting Countries (OPEC) and its allies, known as OPEC+, which includes Kazakhstan. 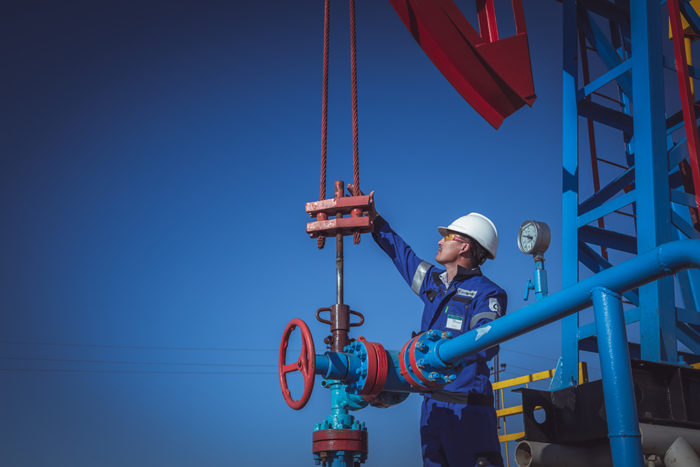 In April, OPEC and the OPEC+ nations agreed to a historic 10 million barrel per day production cut to tackle falling oil prices and the preceding slump in demand amid the pandemic. The cut will last through May and June.

“The countries agreed to a total cut of 9.7 million barrels per day in May and June, which is 23 percent compared to the current level, and then between July and December it will ease back up to 7.7 million barrels or 18 percent, and between January 2021 and April 2022, the production cut will reach 5.8 barrels per day or 14 percent from the base level,” said Kazakh Deputy Energy Minister Asset Magauov at a press conference.

In four months, Kazakhstan refined 5.2 million tonnes of oil, 5.2 percent less than over the same period in 2019, which Magauov said related to scheduled repair work at the Pavlodar oil processing plant that began earlier.

Magauov said 50,000 workers are directly employed in the oil sector and that the oil service industry employs 150,000 workers. He assured the ministry that he is monitoring the situation and that so far only 40 workers lost their jobs, while 90 more voluntarily quit.

Given the significant surplus of oil reserves, the risk of oversupply in oil storage facilities remains serious.

To address the potential problem, Kazakhstan developed a draft government decree that envisions temporary restrictions on the use of subsurface sites for exploration, production operations, and hydrocarbon production.

The document also lists subsurface sites that will limit their oil production in May and June.

The production cuts will go into effect on medium, large and giant fields but do not include small and very small fields that may witness a natural production decrease due to economic factors.

“A decision was made on large and medium-sized fields to limit production in certain subsoil blocks. Nearly 22 percent of oil exports in the first quarter will be reduced for all companies that fall into this list,” he said.

The Kazakh government also adjusted its oil production forecast, which was expected to reach 86 million tonnes, down to four million.

“If we take domestic oil refining, which is 17 million tonnes, then the entire reduction will go from export destinations. If domestic consumption is lower, we will redirect the surplus to exports. It will depend on how the situation will look in the foreign market and in the domestic market for petroleum products,” said Magauov.

In its Monthly Oil Market Report for May, OPEC revised its global demand forecast to 81.3 billion barrels per day in the second quarter, down by 17.26 million compared to the same period in 2019.

“The COVID-19 pandemic has caused an economic recession and eroded demand for oil in many countries across the globe, with unforeseen negative impacts on sectors such as transportation fuel. Announced lockdowns in many countries around the world – particularly in the US, Europe, India, and the Middle East – are causing reduced air travel activities, in addition to lower distances traveled, thereby negatively affecting gasoline and jet fuel demand growth in the second Q20 and for 2020 as a whole,” said the report.

OPEC ministers are scheduled to meet again on June 10 via videoconference to evaluate the market and determine any subsequent steps.