Kazakhstan has marked the 75th anniversary of Victory Day on May 9, one of the country’s most important holidays. In any other year, squares across Kazakhstan would be filled with military parades, people marching to commemorate the memory of war veterans and various festivities, but this year was an exception, as the ongoing pandemic forced countries to scale back or cancel all celebrations. 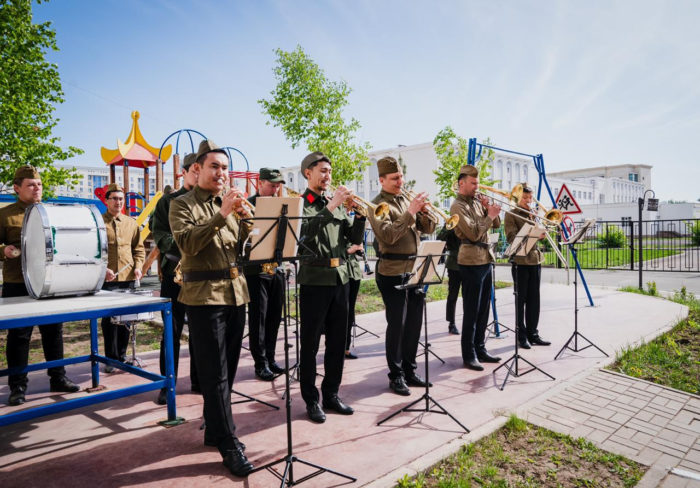 Kazakh President Kassym-Jomart Tokayev canceled the celebrations back in March along with other major public events in an effort to curb the spread of the virus.

In his statement, Tokayev said  the Victory Day is a “bright example of the unparalleled bravery of our fathers and grandfathers, who defended their homeland and crushed the Nazi incursion on the battlefield.”

The citizens of Kazakhstan were involved in the war effort from the beginning to its bloody end in the spring of 1945 in Berlin. They helped defend Leningrad and Stalingrad and liberate Ukraine, Belarus, Moldova, the Baltic nations and the other peoples of Europe.

“In those difficult years, the people of Kazakhstan showed incredible courage and heroism. 1.2 million people were mobilized and half of them did not come back. The names of Talgat Bigeldinov, Sergey Lugansky, Leonid Beda, Alia Moldagulova, Manshuk Mametova, Ivan Pavlov, Bauyrzhan Momyshuly, Sagadat Nurmagambetov, Malik Gabdullin, Hiuaz Dospanova, Rakhimzhan Koshkarbaev will forever remain in our memory,” he said.

Tokayev, who shared his father’s story about losing both parents because of the war in a recent interview with TASS, recalled his country’s contribution to the war effort. 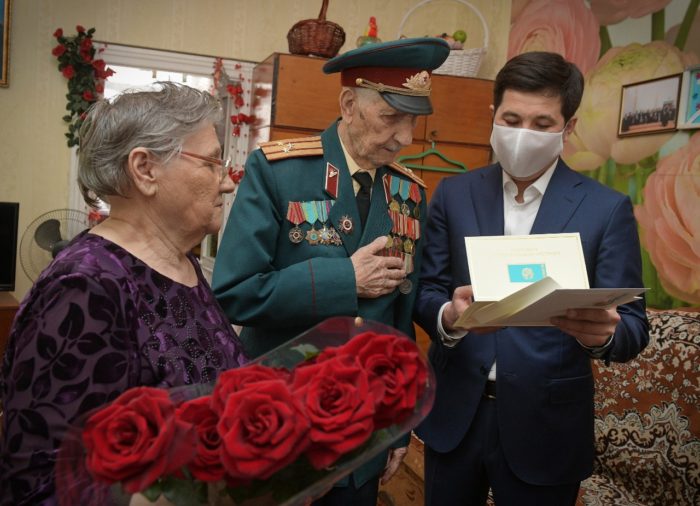 During World War II, Kazakhstan began flash-industrialization and launched increased mineral extraction efforts in support of the war effort. Besides being an overwhelmingly agriculture-based economy, Kazakhstan became one of the main forgeries for the army.

“Hundreds of Russian industrial enterprises and industries were evacuated to Kazakhstan, in which tens of thousands of our fellow citizens began working and contributing to the Great Victory. Nine out of every ten bullets were made of Kazakh lead. The titanic work of village workers ensured food arrived at the front,” he said.

Though physically apart, the holiday nonetheless brought many people together to celebrate the shared victory in heart-warming ways.

The Immortal Regiment, a Victory Day procession commemorating the memory of Soviet soldiers, was streamed online on the Tengrinews and Massaget websites. People had a chance to upload the names and portraits of their relatives that took part in the war and tell their war stories. Congratulations were also broadcast online. 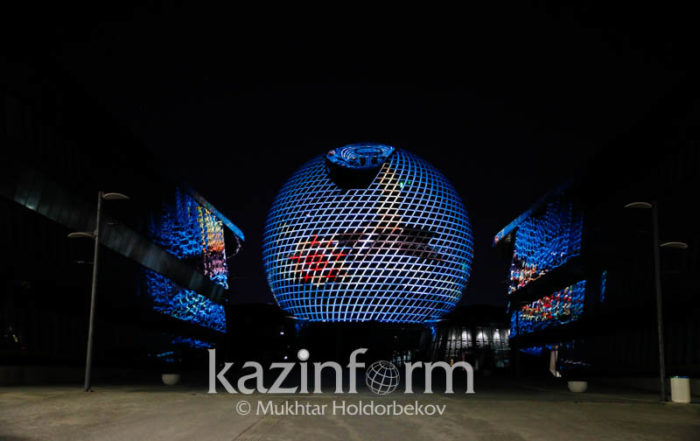 EXPO building lit up with the image to mark the date. Photo credit Kazinform/Mukhtar Holdorbekov

A procession was also organized on Facebook, where people could frame their main profile picture with a special Facebook frame.

Major buildings in Nur-Sultan were lit up with images of the eternal flame to mark the date and local residents also joined a citywide flash mob singing wartime songs together from their balconies.

“We wanted to share our faith in a bright future and this campaign was meant to pay tribute to our veterans. We, as a young generation, follow their example and thank our granddads for what they did and the opportunity they gave to us to live in peace,” said campaign organizer Azat Abyken. 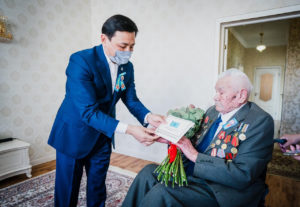 Abyken said they also made a video picturing an eternal flame traveling across the city with the portraits of war soldiers.

“No one would ever think that it would be like this. And at that time, it was scarier. They withstood because they were together. It means we can do it too because of the blood of the winners in our blood,” said the video.

There are currently 1,090 veterans in Kazakhstan and the youngest is 93 years old. This year, they will receive one million tenge (US$2,370) each as one-time financial assistance.

Culture workers honored veterans with a small performance in front of their windows. 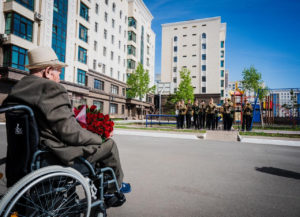 “75 years ago, you stopped the bloodiest war in the history of mankind. You had to pay a huge price for this victory. Our sacred duty is to preserve the eternal memory of what you did. We will always remember the heroes of that war, care about veterans, protect harmony and unity among people. I sincerely congratulate all on the anniversary of the Victory!” said Nazarbayev.

But not all post-Soviet countries canceled the festivities.

In Belarus, President Alexander Lukashenko decided to hold a Victory Parade, a controversial decision for many given the spread of coronavirus infection in the country. He said it was unacceptable for the country to think about canceling the event.