There is a famous proverb that goes: “The war is not over until the last dead soldier is buried.” To that, we can also add: “the war is not over until people hear the stories of its heroes.” For decades, scientists, historians, archivists, and simple citizens have been looking for documents that shed light on the history of the Great Patriotic War. One of the most exciting areas is the search for unknown or little-known heroes.

In Kazakhstan, Berik Abdygaliev, a historian, political scientist and public figure has dedicated the last 10 years of his life to collecting material on the contribution of Kazakh soldiers to the Russian war effort against Germany. To that end, he and his colleagues decided to find a new national hero for Kazakhstan, someone worthy of being remembered for his heroic wartime exploits – bearer of the title of “Hero of the Soviet Union,” but who for some reason did not receive a Golden Star. Working together with fellow history enthusiasts, Abdygaliev and his team began to unearth a treasure trove of unknown heroes, many of them from other republics of the former USSR. As a result, the book “Forgotten Heroes” was published, which brought 123 previously unknown heroes to the public’s attention and provided a brief description of their wartime exploits. The authors of the project pursued a specific goal – to refresh people’s memory of the war and to commit the names of front-line heroes to recorded history.

“Seven of our fellow countrymen were with the title of Hero of the Soviet Union,” says Berik Abdygaliev, the author of the book Forgotten Heroes. “Two of them went on to get the Golden Star, the rest, unfortunately, were not given the highest honer. One here, Major Alexander Nesmiyanov from East Kazakhstan was almost awarded the highest honors – the request was filed with command headquarters three times, but the conditions were not satisfied. ”

The reasons behind the decision, according to Abdygaliev, were different in each case. For example, the legendary sniper Tuleugali Abdybekov personally shot and killed 397 German soldiers. Instead of the Hero Star, he was awarded the Order of the Patriotic War of the 1st degree (posthumous), because he revealed the truth about his father’s brother becoming a political prisoner of the Bolsheviks. Nonetheless, Abdybekov’s sniper rifle – No. 2916 with a combat passport – is now stored in the Central State Museum of the Republic of Kazakhstan. 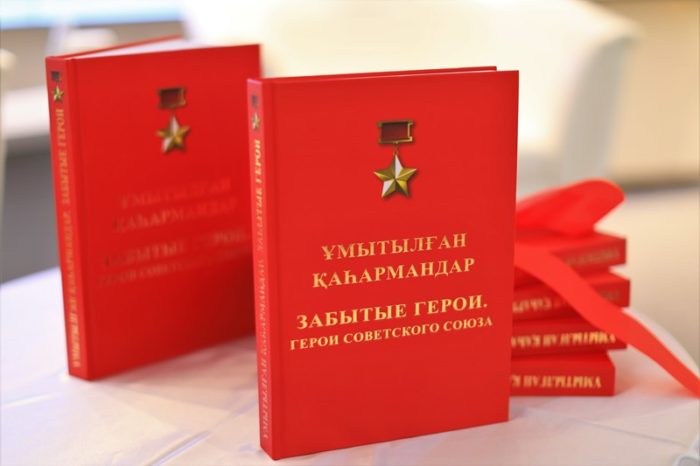 Another failed candidate was Zhumash Rakhmetov, a man officially counted in the list of the world’s top tankers. In the battle for Rzhev, a Rakmetov’s crew knocked out 13 enemy tanks, and destroyed more than 100 bunkers and dugouts. He died a hero’s death in combat and was inducted into the Order of the Patriotic War of the 1st degree. He did not receive a Golden Star because the battle for Rzhev was kept secret for a long time and information about it was suppressed by the government.

“We found infantrymen, artillerymen, paratroopers, cavalrymen, machine gunners, a pilot, sappers, orderlies, signalmen in our search so far. But this is not the final list – we will continue to search for lost heroes, and, I am sure that the number will increase. Another area of ​​our work is finding long-lost relatives and descendants. Unfortunately, the lockdown has stopped our work in its tracks, but we hope to resume it eventually – Kazakhstan must rediscover her long-lost heroes,” said Berik Abdygaliev.

About 1.2 million Kazakhstanis ranging from 18 to 50 years of age (about 70% of the male population) fought and more than half of them perished on the front. For their feats on the battlefields, 615 of them became Heroes of the Soviet Union, seven became Heroes twice, and 200 became full holders of the Orders of Glory.