By Andrew Korybko in International on 5 May 2020

Leading media outlets across the world reacted calmly, if at all, to Dariga Nazarbayeva’s sudden departure from her previous post as head of the Senate. The eldest daughter of former president Nursultan Nazarbayev, Nazarbayeva would have been next in line to assume the presidency should anything unexpected happen to incumbent president Kassym-Jomart Tokayev, which is in accordance with the constitution’s stipulation that the speaker of the Senate fulfill that role in such a scenario. This is a point that practically all media outlets reported in their news items about this political development. 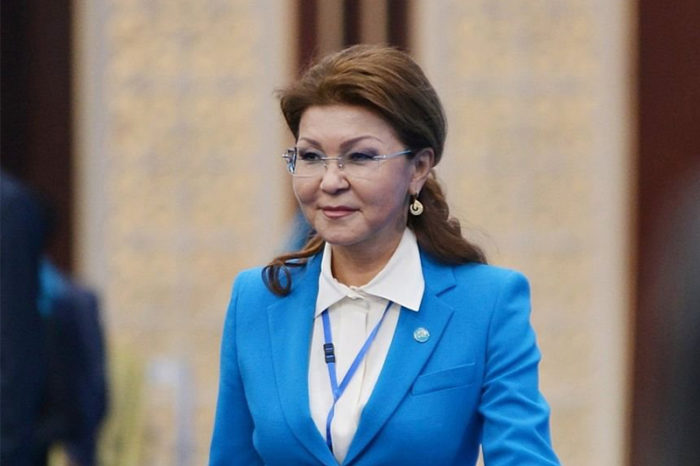 Al Jazeera, The New York Times, and Reuters speculated that she was previously positioned to succeed her father and possibly even become a presidential candidate sometime in the future, whereas Bloomberg didn’t mention this though it provocatively editorialized in its headline on this topic that “Kazakh President Strips Former Leader’s Daughter of Powers.” The language used implies that political intrigue might have been behind the move, but that was the furthest that any leading international media outlet went in speculating about the Kazakh leader’s intentions.

Interestingly, some outlets that could have been expected to report on this development didn’t end up doing so. Although domestic Russian media such as TASS published some pieces about this news, its English-language version didn’t turn up any relevant results when searching for her name. Nor, for that matter, did RT’s or Sputnik’s, despite being Russia’s publicly financed international media flagships. It was also curious to note that CNN didn’t report on this either. It can’t be known for certain, but the reason might be that they felt that it wasn’t important enough to inform their audiences about.

Should that be the case, then it shouldn’t be interpreted in a negative way. Rather, it would signal their editorial belief that this development is politically insignificant in the sense that it doesn’t practically change anything in the country. Kazakhstan is a presidential republic, so the head of state accordingly has more power than the parliament. Therefore, Ms. Nazarbayeva’s departure from her position might be interesting to those who previously speculated that she’d either replace her father after his resignation last year or might one day run for office sometime in the future, but most people wouldn’t regard this development as  all that important.

Other than Bloomberg’s provocative headline, the political innuendo of which wasn’t reflected in the content of the concise article itself, the response of the international media that reported on this news was impressively calm and free of speculation. By contrast, many of these same outlets behaved very differently when former Russian Prime Minister Medvedev and the rest of the country’s government resigned in January after President Putin’s address. They never explained their motives for sometimes wildly speculating about that development, but it was a welcome move that they refrained from doing this in regards to Kazakhstan.

It can be extrapolated that they and their patrons, be they private or public depending on the outlet, don’t harbor any hostile intentions towards the country. This speaks to the success of Kazakhstan’s balanced foreign policy and proactive outreaches to the rest of the world in recent years. Simply put, Kazakhstan is everyone’s friend and nobody’s enemy, and all of its partners — both public and private — have a shared stake in its stability. Irresponsibly speculating about a surprising, but nevertheless not too significant, internal political development would have sent a negative message and raised questions about whether they intended to meddle in its affairs.

Unlike some countries, Kazakhstan hasn’t become an object of international political intrigue precisely because of its peaceful policies and willingness to cooperate with all like-minded partners in pursuit of mutual benefits. There’s nothing to gain and everything to lose if that ever changes, hence why nobody has any interest in seeing that happen. Going forward, it’s therefore expected that the global media will continue to react calmly to any other political developments in the country, be they related to Nazarbayeva or anyone else, which is the most responsible stance for them to take.