in International on 1 February 2020

NUR-SULTAN – The total economic output of artificial intelligence in Kazakhstan can reach $25 billion per year, said Kazakh Prime Minister Askar at the Jan. 31 plenary session of the Digital Almaty: Digital Future of the Global Economy in the largest city of the country. The highest output of up to $15 billion a year is expected in the services sector and up to $9 billion in the mining sector. 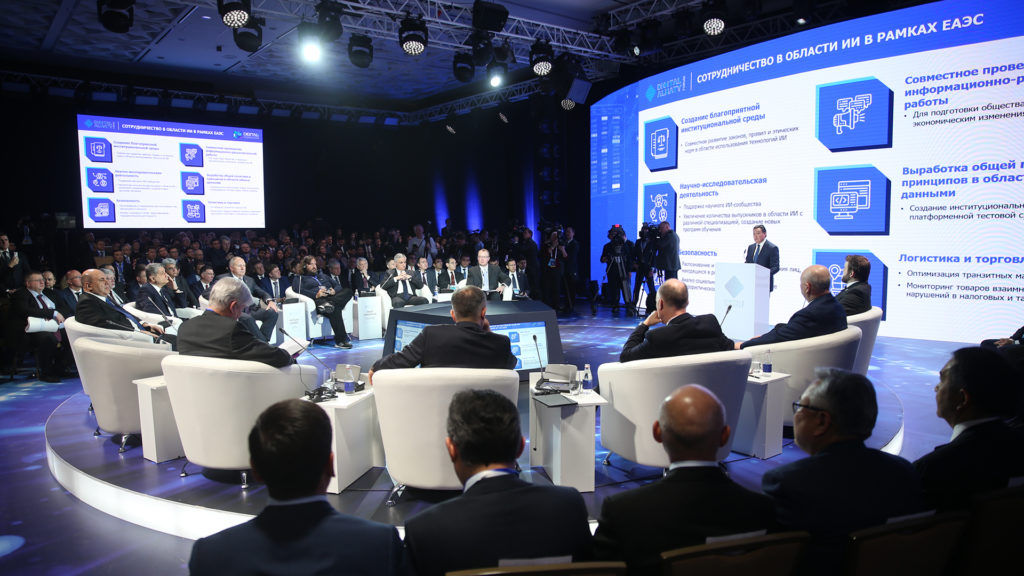 “We set the task of annual economic growth of an average of 5-6 percent per year to join the 30 most-developed countries by 2050. The labour productivity is a significant part of this growth. We see the great potential of using artificial intelligence,” said Mamin.

The Prime Minister noted Kazakhstan has already started using artificial intelligence technologies as part of the Smart Data Ukimet project. The Institute of Smart Systems and Artificial Intelligence was opened at the Nazarbayev University.

“An IT university was opened in September 2019. The cooperation with advanced IT companies and development institutions, including Amazon and UNICEF is under consideration. It is planned to open an innovative programming school at the Astana International Financial Centre (AIFC) in cooperation with the Qwasar company that provide training for digital economy,” said Mamin.

The AIFC is set to establish a Fourth Industrial Revolution affiliation centre before the end of this year.

He noted it is necessary to create favourable conditions for the development of artificial intelligence technologies in the Eurasian Economic Union (EAEU).

“It is important to cooperate and develop common standards and rules, policies in the field of data exchange and integration and research activities,” he said.

The use of artificial intelligence in transport and logistics will help optimise transit routes, reduce the time of border crossing in the customs sector and combat shadow and counterfeit traffic in trade.

Mamin also spoke with Fabrizio Hochschild, special advisor on the Preparations for the Commemoration of the Seventy-Fifth Anniversary of the United Nations, about the UN digital agenda and the role of Kazakhstan in promoting digitisation and innovation in the region as part of the event.

An exhibition of IT companies and local start-up projects on automation and digitisation in law enforcement, financial and banking, educational and medical fields were also held.