By Aidana Yergaliyeva in Business on 28 January 2020 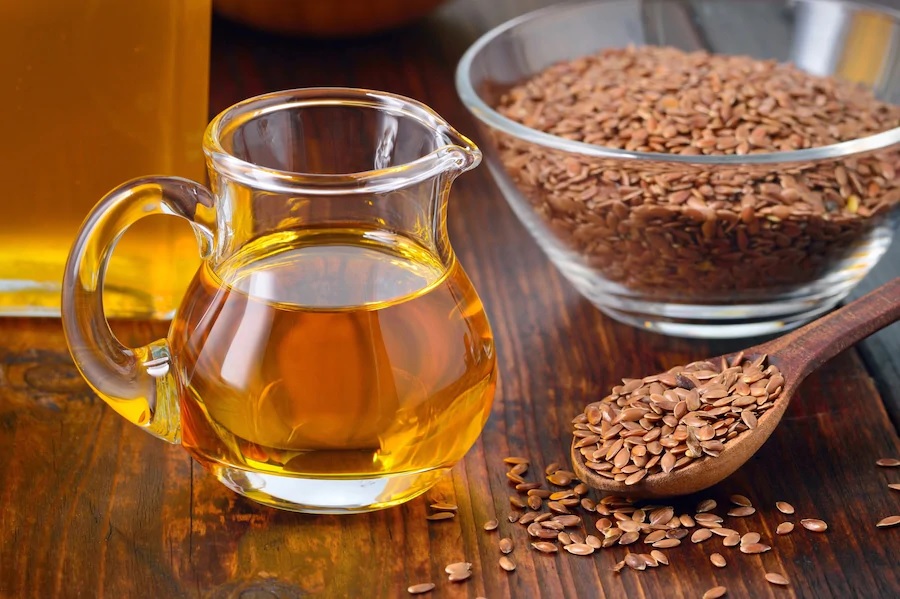 “As far as I know, this was a request from Europe, where linseed oil is also actively consumed for food and used in the production of, for example, paints, varnishes and linoleum,” said Kazakhstan Cereals and Oilseeds research bureau Director Viktor Aslanov, reported Forbes Kazakhstan.

“In 2010, when prices for all crops were at their peak, flax was bought from us for $500 per tonne, while wheat was at $120. After that, flax began to attract more attention; it became widespread in Kazakhstan and primarily in the North Kazakhstan Region, because there are black soils. Rapeseed, flax and other oilseeds require rich soils provided with all the elements,” he added.

China has had the potential to join the major importer’s list in the few years. An agreement to supply flax to China was signed during Kazakh President Kassym-Jomart Tokayev’s state visit to Beijing last September.

“This is a big event for the market,” said Aslanov. “The protocol enables our producers to export flax seeds to China without receiving additional documents from Chinese laboratories.”

Kazakh flaxseed oil is mainly produced for export. In 2018, the country sold 23,000 of 25,000 tonnes of produced oil. Europe and China are the main importers, he noted.

The nation’s flax producers, however, cautiously sell the oil. Europe imports oil in smaller quantities “because the transfer of linseed oil takes a long time and within 30 days, it turns into drying oil. China takes the most,” he added.

Kazakh flaxseed oil, however, could lose its competitive edge in the Chinese market, “which receives government subsidies for the production of flaxseed oil,” said Aslanov.

“China has a different consumption culture. For example, they love rapeseed oil; there is a press in each village and they themselves press the oil. It is considered premium quality, so the seeds will be bought for any money. When (foreign producers) bring the finished (product), people don’t know where they made the butter; they doubt it. Therefore, if we carry only oil, we will deprive a consumer of choice,” he noted.

The domestic market is even tougher because Kazakhs “do not have a culture of consumption of flaxseed oil. It is healthy, dietary, but you can’t add it only to salad; you can’t fry with it, so our consumer prefers vegetable oil, which our grandfathers took.

“We are not sprayed – we are engaged in animal husbandry, decently sowing wheat, flax and rapeseed. It does not make sense to open small production. To put in a press, it must be good and work constantly, but we need to conquer the market. We could also supply a milk processing plant, but where is the market? There is no market,” said Poltavskoye Director Eltai Zikirin.

“We dump the flax; it can lie for a month or two and even remain in the snow until spring and nothing will happen to it. It does not lose quality,” he noted.

In addition, flax is used as a raw material to produce natural fibers. The linen fabric is very durable, does not rot and cannot be easily destroyed.

The quality causes problems in producing curly flax, as straw accumulates in large quantities and does not disintegrate. Many items can be processed from flax straw to turn it into a profitable business, said Zikirin.

“From it you can make a tow for construction purposes, technical and even medical cotton wool, heat-insulating boards. Now, BMW does not sheathe its cars (panels, doors) with plastic, but with a special linen sheet that does not break and does not injure a person in the event of an accident,” added Aslanov.

The European market is ready to buy flax straw products, but they need to be produced in Kazakhstan, which its farmers are not willing to do. The straw can be converted into useable products, but some businesspeople “will put up a slab plant here, helping farmers who buy flax to flail,” he noted.

“In winter, farmers with flocks can make primary material and bring it to the factory. The prospects in terms of production are great,” he said.