By Zhanna Shayakhmetova in Central Asia on 9 January 2020

NUR-SULTAN – Jastar Business, a youth entrepreneurship development programme, and the Central Asia ImpactTech Accelerator Programme were named among the best projects initiated by the MOST Business Incubator in 2019, the company recently announced. 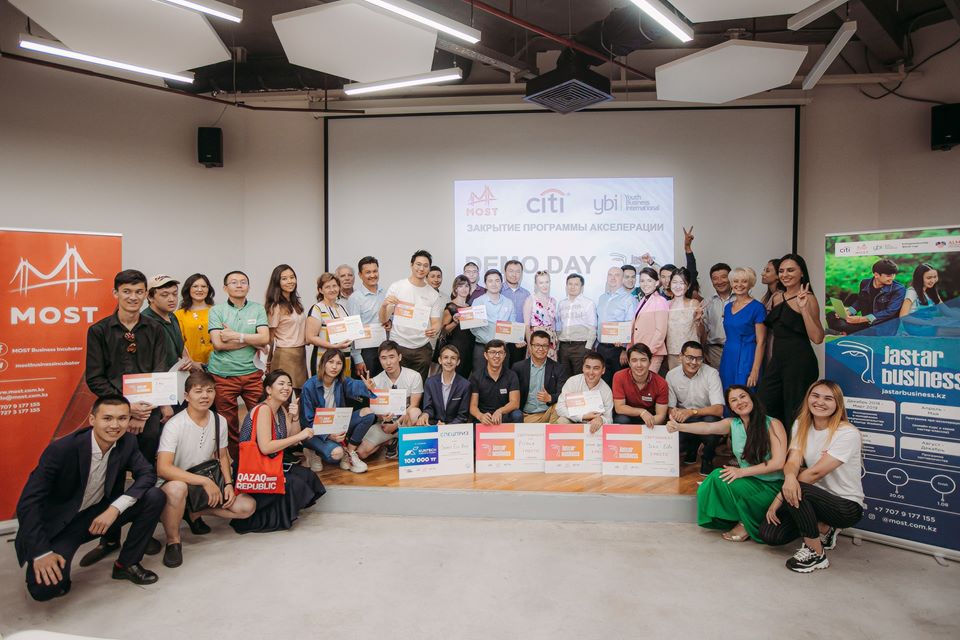 Participants of the Jastar Business, a youth entrepreneurship development programme

The MOST Business Incubator, Citi Foundation and the YBI international organisation implemented the Jastar Business project to draw more startup companies and entrepreneurs in Kazakhstan to MOST.

The company conducted a survey of business people, startups and investors at the beginning of the year to assess prospects for the development of youth entrepreneurship and the country’s investment climate.

Four startup competitions with the participation of 500 people were held in the capital and in Almaty from February to March. Some 1,300 people completed the training course and received certificates from MOST’s online pre-acceleration programme.

After the training, selected startup entrepreneurs took part in a three-month acceleration programme. Fifty teams out of 105 applications were selected, and seven teams attracted investments worth 25 million tenge (US$65,520).

Last December, the MOST Business Incubator completed its 10th Central Asia ImpactTech Accelerator Programme. The project was implemented with the Asian Development Bank (ADB) with the support of QazTech Ventures. Its objective was to identify the most promising startups in Central Asia in four areas: “Financial Inclusion,” “TravelTech,” “AgriTech” and “HealthTech.”

At the end of the programme, the entrepreneurs presented their projects for potential investors at the Startup Social Almaty.

Eleven startups that reached the finals of the ImpactTech Accelerator Programme were awarded certificates.

“The audience liked the unique format of the Startup Social Almaty, according to the positive feedback. We are pleased that more than 100 entrepreneurs from Nur-Sultan, Almaty, Karaganda, Shymkent and other cities attended our event. We plan to organise more events in the future,” director of the MOST Business Incubator Alim Khamitov told attendees.

The project included Startup Huddle Almaty, a series of local events during which more than 200 entrepreneurs presented their projects and received feedback from investors, government officials and independent experts.

The Central Asia Impact Fund (CAIF) announced plans to support the successful startups and to provide financing from $100,000 to $500,000.

More than 150 applications from Kazakhstan and other countries were registered for the acceleration programme. Only 13 teams passed the selection, among them entrepreneurs from Kazakhstan, Kyrgyzstan and Tajikistan.

Founded in 2015, the MOST Business Incubator has conducted 10 acceleration programmes, four mentoring programmes and three online courses. Every year, more than 1,000 young entrepreneurs participate in MOST projects. Over the years, MOST has attracted more than $2 million in investments. In 2019, the company attracted approximately 130 million tenge (US$340,705) for startup development.