NUR-SULTAN – The Korean Cultural Centre in the capital celebrated the Lunar New Year Jan. 24, offering visitors the opportunity to learn about and participate in traditional festivities. 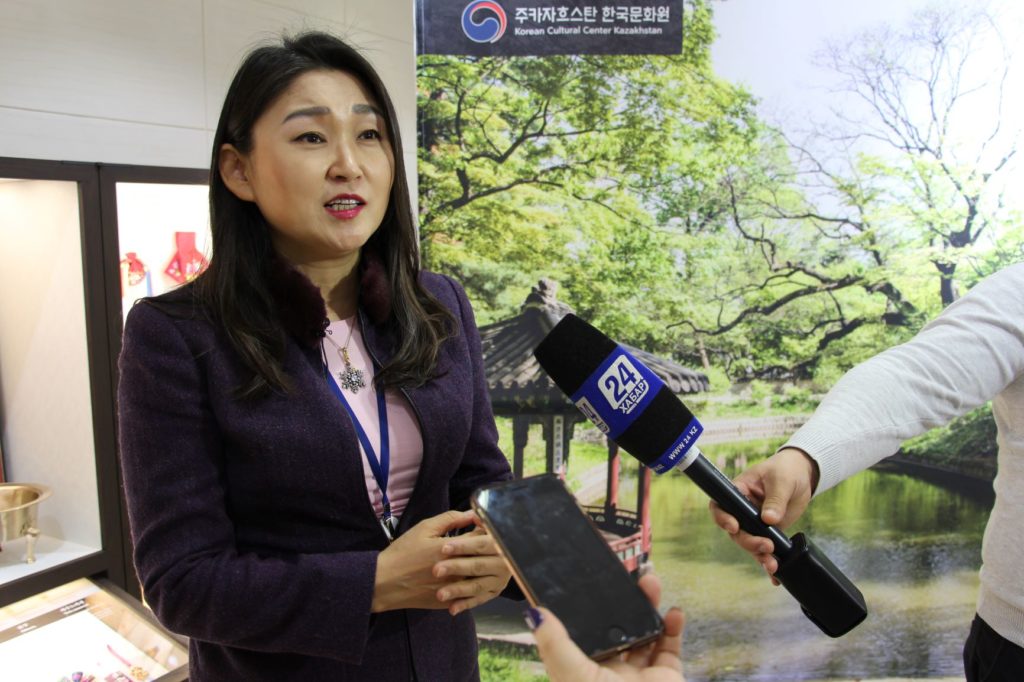 The Lunar New Year, known in Korea as Seollal, falls on the first day of the first month of the Lunar Calendar. Because the calendar has only 354 or 355 days each year, unlike the 365-366 day Gregorian Calendar, the date always moves. This year, Seollal fell on Jan. 25.

“Seollal is a big and important celebration for Koreans; it is analogous to Kazakh Nauryz. As we showed in the official part, Koreans celebrate the Seollal like this every year. They gather with family, wear traditional clothes, wake up early, pay tribute to ancestors, bow to their elderly, eat traditional food and just spend time together. Though I am not in Korea, like every other Korean abroad, I try to celebrate the Seollal,” Korean Cultural Centre Director Lee Hyeran told The Astana Times.

The audience heard about Seollal traditions such as games, a song and the traditional bow to elders, all of which it had the chance to repeat. It also learned about tteokguk, a soup made of thinly sliced white rice cakes, beef, egg and vegetables, which is enjoyed on the holiday.

Koreans have a different way of counting their age, as everyone becomes one year older on the Lunar New Year. A tradition states that only after eating a bowl of tteokguk can a person be considered older. 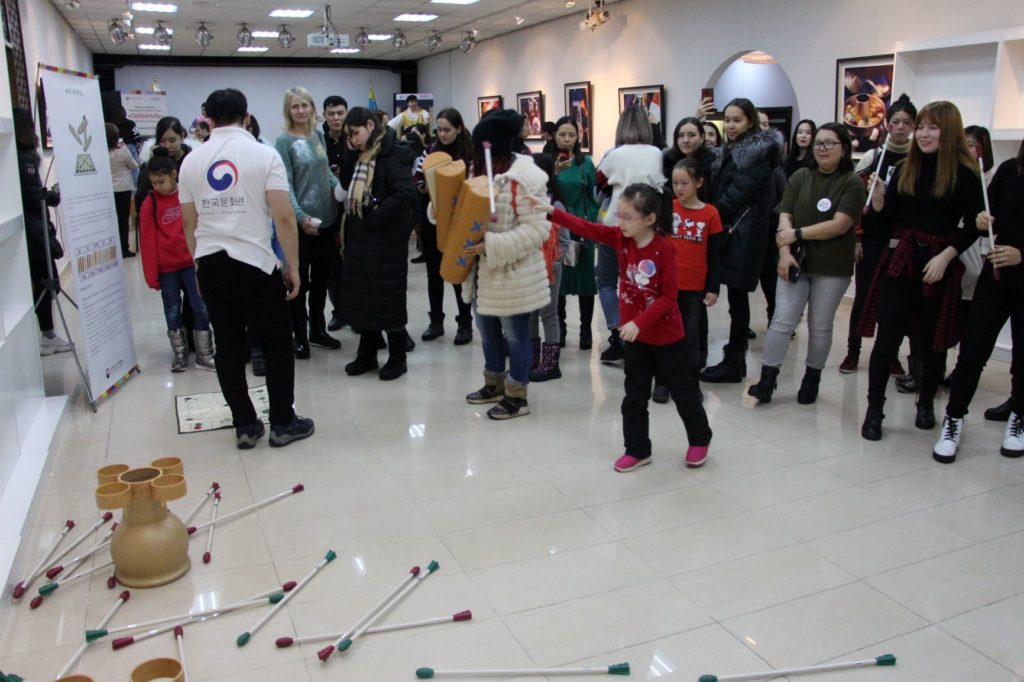 “There are no special tokens for preparation for the New Year, but there are some legends or beliefs. On New Year’s Eve, people go to bed late or do not sleep at all. Parents used to scare their children that if they went to sleep, then their eyebrows would turn white,” said Hyeran.

“There is also a legend that before all the relatives gathered in one home, people would hang a sieve on the window to protect themselves from evil spirits. People believed that if an evil spirit looked into the window, it would see the sieve and start counting the holes in it and would forget why it came in the first place,” she added.

The younger generation bows to the older generation by expressing gratitude and, in return, receives gifts. Every year, parents ask children what they want as a present and the most popular answer is money.

“Today, we counted more than 400 people who came. Last year, the number was approximately 300. My first time here even fewer people came. Every year, the number of visitors grows and I wish that this tendency would continue. I think that the reason the numbers grow is because people visit our events and then tell their friends who get interested,” said Hyeran.

The Korean Cultural Centre, established in March 2010, is celebrating its 10th anniversary. It is the only such centre in Central Asia. 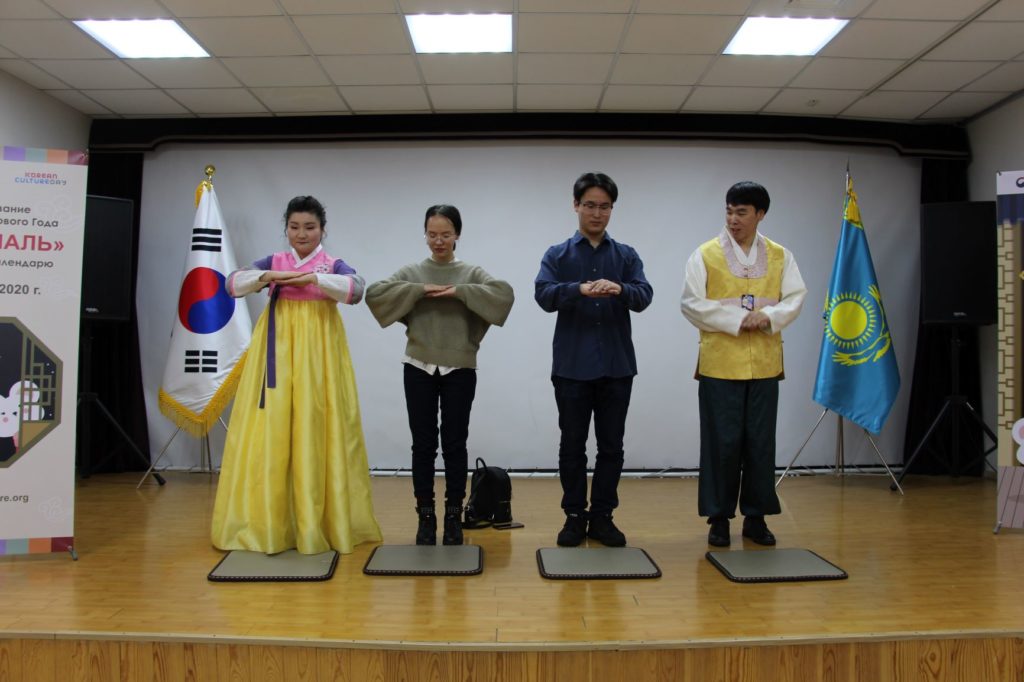 “We opened this centre to acquaint Kazakh people with Korea and Korean culture by organising cultural and educational programmes, including Korean language courses. I am the fourth director of the centre; I came here in 2017. For 10 years, we have organised a number of different events, but this year we tried to plan special cultural events. We already made a plan of events, though we are not sure all of them will come to life, but we will do our best,” she added.

The centre has scheduled many exhibitions such as Korea through the Colour Prism, which will take place in the First President’s Museum. The display will describe how and why Koreans have used certain colours since the Joseon period. The works by Lee Yi Nam will be presented as part of the exhibit dedicated to video art to be held at Nazarbayev Centre. In August, the same venue will host an exhibition of fans, which can differ by class, gender and function. They are also planning to display ink wash paintings, one of the country’s traditional styles. In addition, a photo exhibition of the demilitarisation zone will take place in the Korean Cultural Centre.

Traditional and K-pop dancing and singing concerts are also on the schedule. In October, the centre plans to organise a big K-pop concert and invite popular performers.