By Staff Report in Business on 9 January 2020

NUR-SULTAN – President Kassym-Jomart Tokayev, speaking during the second meeting of the National Council of Public Trust last December, instructed the government and National Bank to implement a cashless payment system for initial house and car sales. 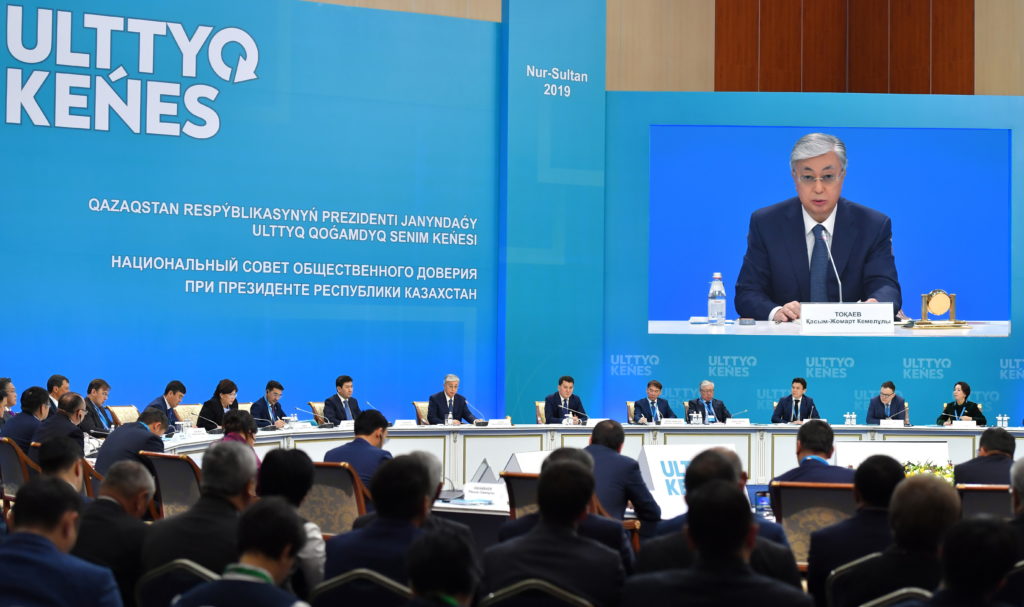 “The government and the National Bank should prepare a package of legislative amendments to introduce cashless payments in the initial sale of housing and cars. Of course, there is a need to factor in the features of our territorial development, especially, in rural areas,” he said.

He noted the amendments will help tackle the shadow economy.

“Today, with development of banking technologies, a respectable citizen or business needs a small amount of cash. At the same time, the share of shadow economy in the real estate and auto markets is about three trillion tenge (US$7.8 billion). There is a need to put things in order,” he added.

At the first meeting, council members discussed the need to provide business representatives with an effective tool to evaluate and verify their potential counterparties.

Tokayev noted the government and Atameken National Chamber of Entrepreneurs will create an open and integrated business entity database, where each entrepreneur will be able to verify his or her counterparty. The catalogue will display the companies’ tax arrears and administrative offenses.

He also discussed the need to strengthen control over rational land use and instructed the government to increase basic tax rates on unused land from 10 to 20 times. He requested the audit be completed before May 1.

The main goal of the National Council of Public Trust is to hold discussions with representatives of political parties and civil society, where they can offer proposals and recommendations on public policy issues. Tokayev announced its creation at his June 12 inauguration ceremony and it met for the first time Sept. 6.

“Our citizens are deeply concerned about the development of dialogue between the government and the society. This dialogue should be based on the recognition of pluralism of opinions. Different views, but one united nation – this is the main guideline,” he said.

The national council includes representatives of almost all the country’s social and political groups, said Advisor to the President Erlan Karin.