By Aidana Yergaliyeva in Astana on 8 January 2020 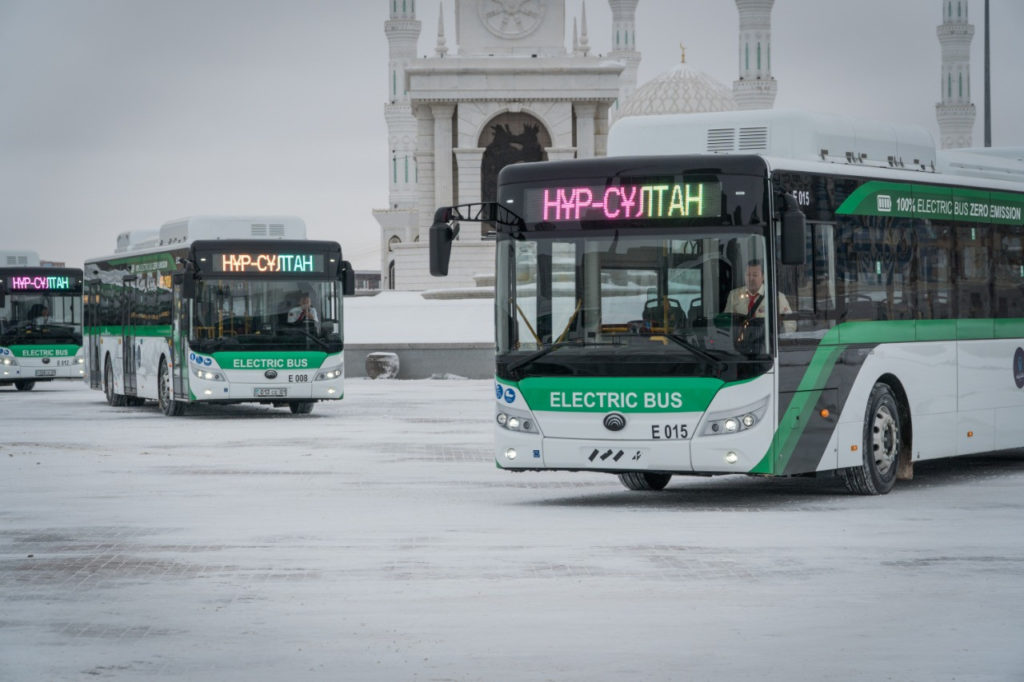 The buses produce zero amount of harmful emissions into the atmosphere. Their maintenance will also be cheaper than those ones running on diesel fuel.

“Electric buses are also fundamentally different in maintenance. There is no gearbox, you will not need to change oils, liquids. Savings in operating costs will be up to 80 percent. If diesel costs per day are up to 22,000 to 25,000 tenge ($57.50 to $65.30), then electric costs are four to five times less. The design itself allows you to charge the bus only once a day at night… during the day there is no need to charge the bus, there is enough electricity for the whole day,” Astana LRT Deputy Board Chair Baurzhan Seitov said, the Nur-Sultan akimat (city administration) press service reported.

The new buses are equipped with an intelligent surveillance system, ramps and special places for people with disabilities and passengers with children. The buses have USB ports near the seats to recharge mobile phones. The new electric buses should also significantly reduce the interval and waiting time for buses at stops. 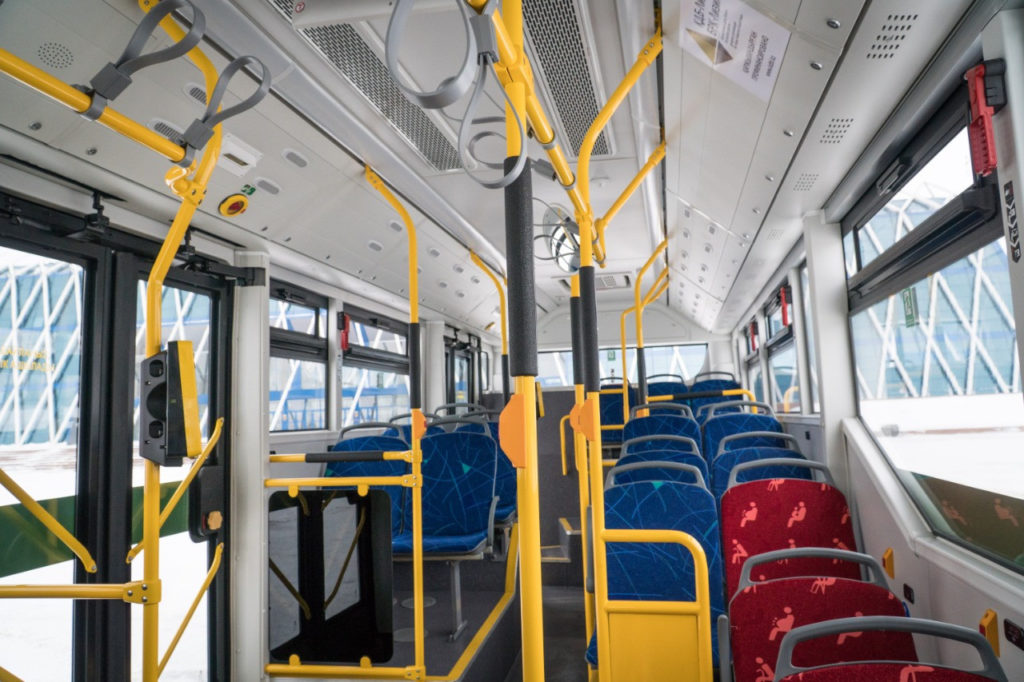 In February 2019, the city fleet tested a domestically made electric bus during the lowest winter temperatures of -38 degrees Celsius.

The akimat purchased 100 electric buses from a joint venture between China’s Yutong and Kazakhstan’s SaryarkaAvtoProm company. By the end of the spring, all of them will be operating in the capital.

SaryarkaAvtoProm manufactures 27 to 32 percent of each bus, including the electric motor, suspension parts and interior parts. The plant assembles one Yutong ZK612BEVG bus for 146.71 million tenge ($383,137).

The akimat purchased its buses through DBK Leasing as part of a state programme to upgrade the fleet with domestically produced equipment. The seven-year lease has an interest rate of 7 percent per year.