NUR-SULTAN – Future Capital Technologies has launched PayDay, a service that allows employees to receive their salary any day of the month. The new programme will help ease individual debt burden and reduce companies’ salary budgets. 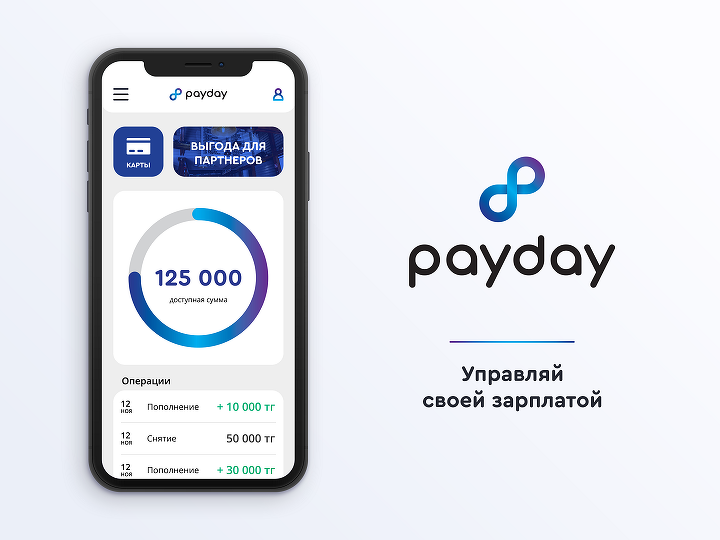 The firm creates and implements IT projects that provide simpler and more efficient solutions for the obsolete and complex processes currently in use in Kazakhstan and the Commonwealth of Independent States (CIS), said Director Tamerlan Kokush.

“The goal of our company is to identify business processes and to modernise and simplify them. At the moment, we have launched the revolutionary PayDay service, which is not like other salary management services and which will allow company employees to receive their money for the period worked at any time. Our team has developed a system that will allow the employer to save the salary budget,” he said, according to Forbes.kz.

The concept is fundamentally different from those of banks and microfinance organisations, because of its unique nature and lack of competition in the market.

“People in the United States and the U.K. are already using similar services that Bill Gates, Jeff Bezos and Mark Zuckerberg have invested in. I sincerely hope that in the future, due to the use of such financial technologies, the debt burden on people from banks and microfinance organisations will decrease,” he noted.

“I found that the government spends almost four trillion tenge (US$10.5 billion) on salaries of civil servants and that this figure is increasing from year to year, while jobs are being reduced. Also, after analysing we found out that people are used to taking loans from banks and microfinance organisations just to buy basic necessities. As a result, they are losers due to huge percentages, fines and penalties. One explanation for the existence of such a practice is that workers in Kazakhstan do not have any access to advance salary payments or the process of receiving such payments is very complicated and time-consuming,” he added.

The company is planning to expand to Belarus, Kyrgyzstan, Russia, Ukraine and Uzbekistan in the near future.

“Our team is obsessed with solving the most complex and pressing issues. Today in our country, the development of e-commerce is relevant. We have already begun to develop a platform for online distribution and integration of marketplaces. In the future, plans are to create a remote transmission of energy through microwaves. Most people are skeptical about our ideas, but after their implementation they are shocked. Thanks to imagination, team cohesion and the reliability of partners, I am sure that we will achieve great technological progress, as well as provide an incentive for a new generation,” said Kokush.