NUR-SULTAN – The United Nations Children’s Fund (UNICEF), Kazakh Ministries of Healthcare and Labour and Social Protection of the Population opened a three-day training programme Dec. 9 which they developed to teach medical and social workers the proper interaction with children infected with HIV and other chronic diseases. 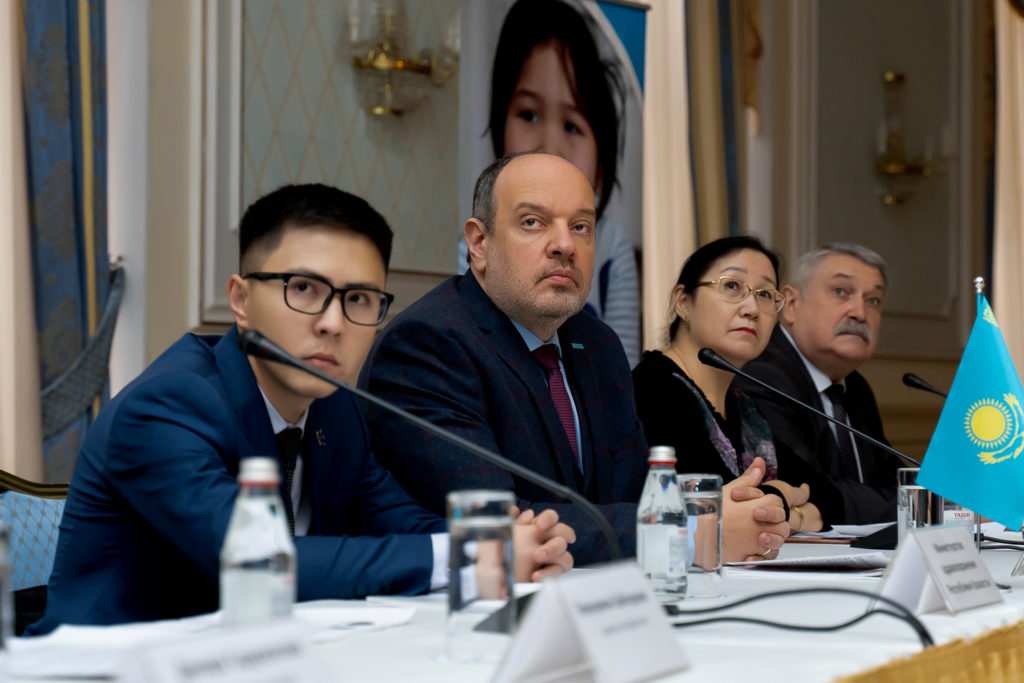 “The programme helps children with chronic diseases. It helps people who work with them to see the perspective of the child,” said UNICEF Regional Office for Europe and Central Asia HIV, AIDS and Adolescent Health Specialist Ruslan Malyuta.

“Understanding the thought processes that happen in a child’s or teenager’s brain helps us understand the choices they make. Choices like visiting or not visiting a doctor, taking or not taking medicines. We can help them make the right choice, not from our values system point of view, but from their side,” he added.

Only three Kazakh teenagers are currently open about their HIV status and they helped to develop the programme, serving as representatives of the HIV children’s community and talking for those in the same situation. They expressed their opinions and wishes to the organisers and their activism helped realise the programme.

One of the teens is Bauyrzhan, the first in the country to be open about his HIV status. After being excluded by teachers and peers because of his disease, he and his parents realised the need to conduct trainings on children’s rights. They are actively working with those in similar situations.

“I want to help people to live as openly and without a fear as I do. Let’s fight HIV instead of people who have HIV,” he said in his 2018 TEDx talk.

The programme aims to prepare children with HIV positive status and other chronic diseases such as diabetes or epilepsy both psychosocially and psycho-emotionally. It was developed with the help of the Kazakh Scientific Centre of Dermatology and Infectious Diseases and Karaganda State Medical University. They will implement the programme in medical universities and colleges, targeting those who will be the first to work with HIV-infected children in the future.

“We try to understand the strong sides of a child. We do not talk to them about their problems, what they did wrong; we try to find their strengths. A child may play a guitar, sing, or do anything else and we try to boost his or her self-esteem, his or her belief in him or herself. It is very important for the child to have a person he or she can trust. People who will work with the children will study in this small training and will be able to find an optimal solution to the child’s problems,” said Malyuta.

Previous guides on ways to handle HIV-infected children were written by individuals who did not actually work with them, he noted, but the new manual used the experiences of HIV-infected children in developing its technique. The method is to work not only with the child and his or her problem, but also with the cause of the problem, delving into the environment and the people surrounding the child.

At one time, children born with HIV did not live into their teenage years, but advances in medicine have made longer lives possible. Teenagers are an important part of the training, as those 16-19 are the most likely to commit suicide because of their diagnosis, according to psychologist Madina Amanova.

“They are still teenagers and they have the usual teenage problems such as family and relationships. The problem for HIV children is coming out to their partners about their [HIV positive] status; they have a fear that they will not be accepted. There is a feeling of stigmatisation. Our work is to minimise the fear,” she said.

Her work in the programme is guiding and supporting a child during status disclosure and acceptance. Telling a child that he or she has HIV is a tricky matter.

“These children are more serious. For example, I had a 12-year-old child and we just told him about his status. When presented with the opportunity to ask questions, he asked how it would affect his children. A 12-year-old is already thinking about his children,” she added.

In creating the programme, developers conducted a focus group of HIV-infected teenagers who already knew about their status and could offer help on how to approach other children. The members noted they do not like when they are told to not be afraid. These words and the actual situation do not align in their minds and they feel someone is hiding something.

Psychological work also involves changing the approach about status disclosure to the child’s friends. Previously, parents told their children not to tell anyone about their disease because it was a secret. The programme suggests waiting to tell others by proposing to first educate the child about the disease.

“We cannot change the society, the stigma, but we have to develop the immunity in these children, so they will be ready to handle the discrimination or will not get depressed. We look into the future; we want these children to have healthy and happy families. The medicine has advanced enough to cure HIV, to stop it from spreading sexually or from mother to child. I want future partners of these children to know this and not be afraid of them,” said Amanova.