By Nazira Kozhanova in Astana on 4 December 2019 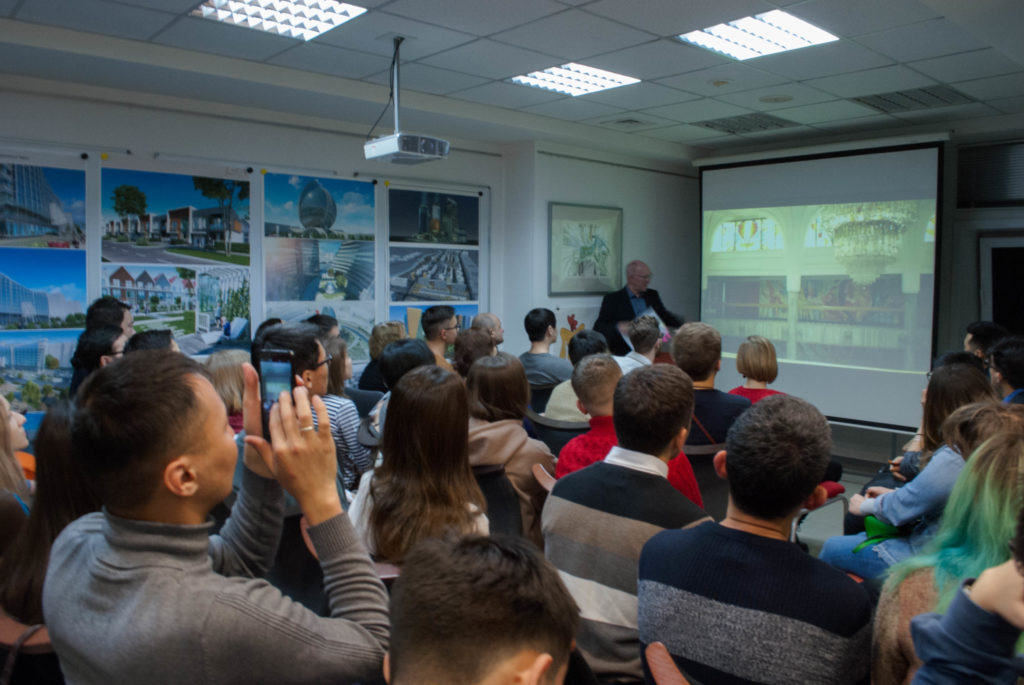 “Well, the idea of this gathering has emerged, because recently journalists started coming and started asking questions that differ from the ones they asked a year ago, and the analysis led us to thinking and listening about this topic,” he said.

“Young people come and say that this is bad in our city and that is bad. A foreign journalist came and said that our benches are different. So, there is this disproportion of opinions that our city is bad and everything that was done was bad. I ask them why did you come to me? Because I am a part of it. Because we all can travel to different cities now and see that our city is no worse than any other ones and in some aspects it’s even better than others,” he explained.

“In principle, our city has its face. Somehow it’s formed, but we can’t say all is bad. But it’s like in the family – we want everything at once and we have neither the time, nor money, nor skills to do everything at once,” the architect said.

Toskin opened the lecture by discussing his work as the Tselinograd Region’s head architect. He emphasised the importance of dialogue between the government and architects facilitated by the person in that post and expressed his wish for strengthening the dialogue, with architects feeling free to meet the city head architect. He also noted the hope for more consideration to be given to senior architects to maintain the city’s architectural integrity.

He spoke about existing architectural Soviet legacy objects such as the House of the Youth (currently called Zhastar – youth in Kazakh) and the role of proper maintenance and commercialisation in keeping these objects intact.

Toskin also highlighted the need for public dialogue in making decisions regarding architectural heritage. He talked about the House of Rites, the building that contained the largest stained glass window in the Eurasian region and was an integral part of the city, which was demolished due to public indifference and a lack of awareness.

“The House of Rites is an example. We need to make its demise not empty, but in the name of something,” said Violetta Toskina, SA Architects projects head architect.

She added the firm plans to hold a larger scale discussion with architectural experts and the capital akimat (administration) regarding the city’s key architectural decisions.

Public discussion participants noted they gained quite a bit from the talks.

“We were able to learn some new information that was hidden from our eyes before. I myself work in archives and I saw Vasily Viktorovich’s name in the relocation documents many times,” said one of the guests.

The meeting was held as part of the Fading.TSE retrospective of the capital research project with the support of the Soros Foundation Kazakhstan in partnership with Kazakhstan Academic Centre MA’AM-Eurasia, SA Architects and Urban Forum Kazakhstan.