NUR-SULTAN – Newly-appointed Hungarian Ambassador to Kazakhstan Antal Heizer is continuing the embassy’s work to strengthen political, economic and cultural cooperation between the nations. 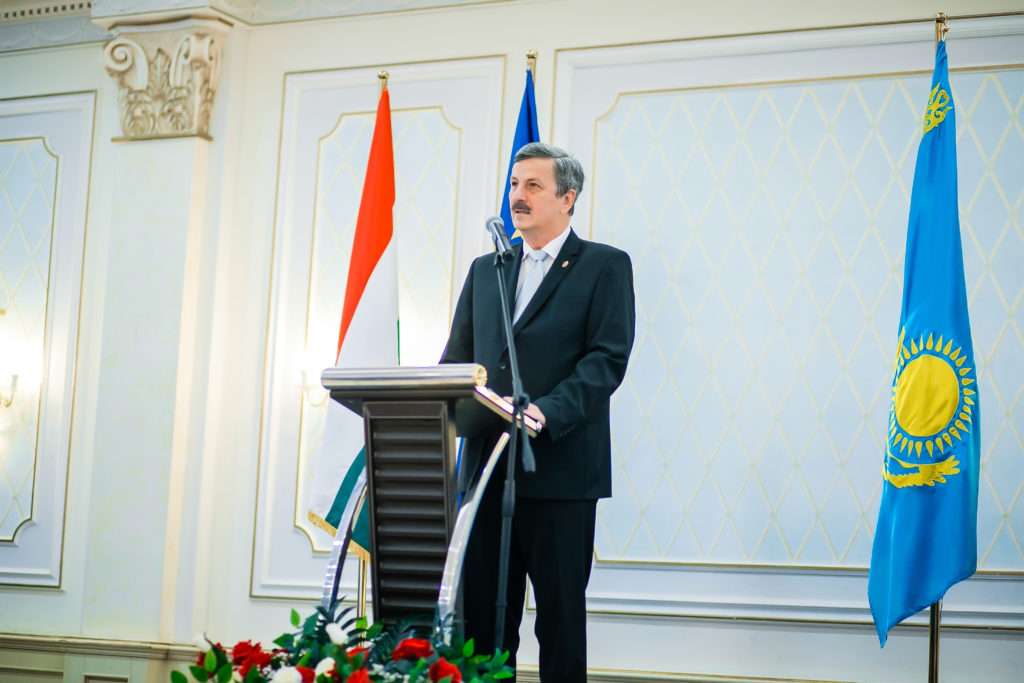 “The relations between our countries are really excellent. Kazakhstan at this moment is the only strategic partner of Hungary in Central Asia and Hungary is the only such partner in Central Europe for Kazakhstan, so it is a good basis for cooperation. We try to develop relationships with other countries of the region, but we are a little bit more advanced with Kazakhstan,” he said in an exclusive interview with The Astana Times.

Heizer assumed his post in September and presented his credentials to President Kassym-Jomart Tokayev Nov. 11. He has served as an ambassador since 2006, working in Slovakia and Albania. Before coming to Kazakhstan, he was director of the Hungarian Ministry of Foreign Affairs Territorial Department, which also deals with Central Asia.

“Our job, the job of the diplomats and the job of the business circle now, is to concretise the political level of cooperation on certain projects, on trade, economics and investments. Cultural and social cooperation is a little more difficult, because they require financial support,” he noted.

The leaders of both nations meet frequently. Hungarian Prime Minister Viktor Orbán visited Kazakhstan last spring. Shortly afterwards, a strategic council meeting in the capital was attended by Deputy Prime Minister and Minister of Finance Mihály Varga. Top-level visits happen often, especially among the ministers of foreign affairs, and the Hungarian prime minister had the opportunity to meet First Kazakh President, Nursultan Nazarbayev, at the Turkish Council Summit in Baku, Azerbaijan in October. Heizer hopes that next year Kazakh leaders will visit Hungary.

Hungary has made large investments in Kazakhstan and its oil company MOL have long been present in Western Kazakhstan. The embassy’s aim is also to bring Hungarian products to Kazakhstan and the former Soviet Union, where the country’s agriculture is well-known.

“I think there is a space here to bring Hungarian agriculture products and food. We are active in other fields as well, but I think the focus should be on agriculture, not only on the export and import level, but also in investments,” said Heizer.

Financial cooperation will soon be evident, as Hungary will take an active part in the Astana International Financial Centre (AIFC). The country will be opening a representative office of Hungarian bank EXIM and other financial organisations are interested in becoming involved. He noted financial coordination is important because it will demonstrate to Hungarian businesspeople the benefits of having the nation’s banks present in Kazakhstan. The banks will give guarantees and ease the loan process.

Heizer noted Kazakh-Hungarian cooperation is based on ancient relations between the nations, as scientific research has shown that Hungarian tribes came from the Central Asian region. The relative ties among Hungarian, as well as Kazakh, Kipchak, Kyrgyz and other Turkic nations is the focus of scientific research and politics.

In addition to bilateral relations, Hungary’s observer status in the Turkic Council is a new element of possible cooperation. The embassy works to cooperate with the International Turkic Academy in the capital by organising common programmes and this involvement also provides cultural and parliamentary dimensions. 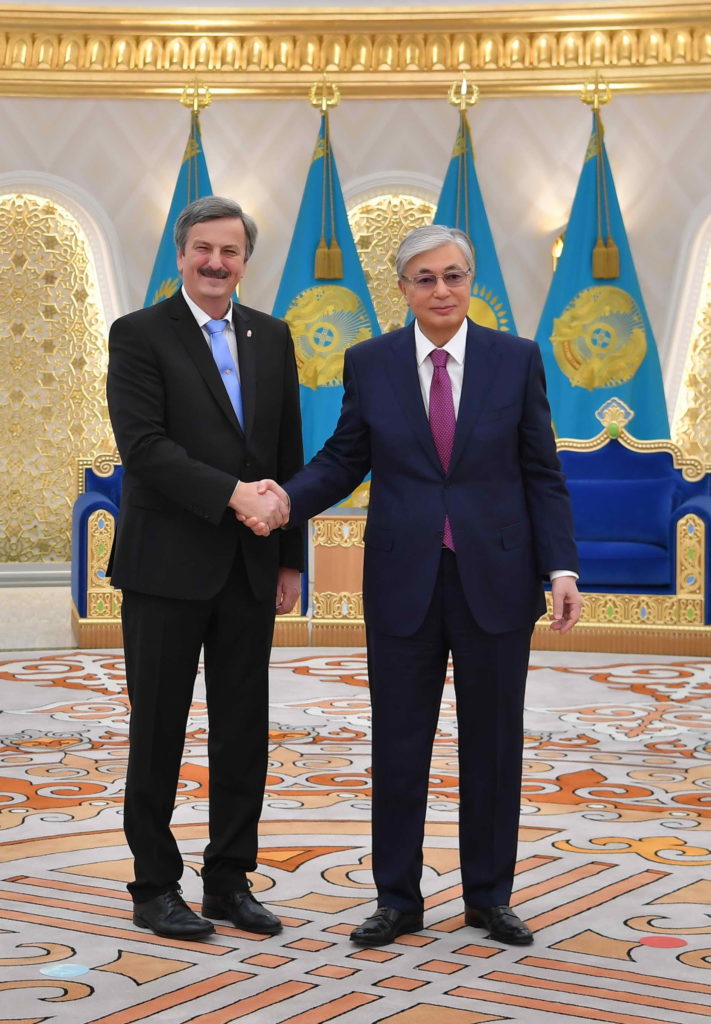 A representative bureau of the Turkic Council recently opened in Budapest. Hungary invited diplomats from each member nation to visit this bureau, including Kazakhstan, who will cooperate with their Hungarian colleagues on different projects. They also plan to cooperate with the TURKSOY, the International Organisation of Turkic Culture.

Hungry has opened a Stipendium Hungaricum programme for foreign students in an effort to promote humanitarian and cultural cooperation. Kazakhstan was one of the first partners to join the system. Hungary provides Kazakh students with 250 scholarships every year, which generate inquiries from more than 1,000 applicants. The application process is open till mid-January and Heizer is hopeful the interest will not diminish. The Erasmus+ programme is also available for study in Hungary.

“This group of young people who are already in Budapest or who will go there in the future will be a new basis of our cooperation. They will work in financial, economic, political or cultural fields and will be the contact people between our two countries. It is a long-term investment from the Hungarian side. We hope the interest of Hungarian students towards Kazakhstan will also rise,” he said.

The Kazakh embassy in Hungary is also helping with cultural and humanitarian projects, periodically gathering culturally active students in different Hungarian cities for singing, dancing and participating in the Hungarian life.

“What I see on a Wizzair flight are young people travelling, going there and back. They are going as tourists and students and they are returning. In the future, I think this young generation will do a lot for our bilateral cooperation,” said Heizer.

The embassies were involved in organisation of a Visegrad tourist show in the capital and Almaty and the Visegrad nations – the Czech Republic, Hungary, Poland and Slovakia – seek to bring tourists from Central Asia in an organised manner to visit Central Europe.

“Hungarian citizens might come as tourists. For them, it is easier to travel to Kazakhstan because of the no visa system, for which we are very grateful. I hope that tourist cooperation will grow,” he added.

The Hungarian ambassador is also responsible for relations with Kyrgyzstan and Tajikistan and Heizer needs to complete the accreditation process in those nations. He is still becoming accustomed to Kazakhstan and its cold winters, but is already looking forward to exploring the region and travelling with his wife.

Hungary has two offices in Kazakhstan, the embassy in the capital and the general consulate in Almaty, both of which are active and charged with facilitating cooperation and creating contacts.