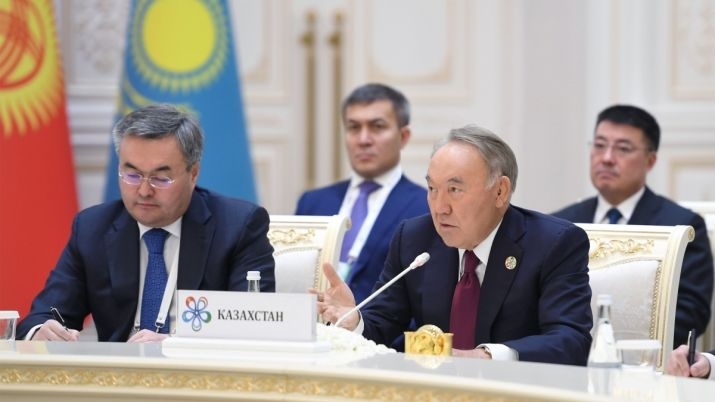 “Nursultan Nazarbayev, at the invitation of Uzbek President Shavkat Mirziyoyev, arrived in Tashkent to participate in the second Consultative Meeting of the Heads of State of Central Asia. At the airport, Uzbek Prime Minister Abdulla Aripov met Nazarbayev,” Nazarbayev’s press service announced.

This is not the first honorary title Nazarbayev, who now carries the title Elbasy or Leader of the Nation, has received since his resignation last March. Six months ago, he was named honorary chair of the Eurasian Economic Union (EAEU), which includes Russia, Armenia and Belarus in addition to Kazakhstan and Kyrgyzstan. In Kazakhstan, he is also an honorary senator, a title proposed by Kazakh President Kassym-Jomart Tokayev.

During the consultative meeting, the Central Asian leaders discussed regional cooperation in politics, trade, economics, investment and other fields.

“Today, we will discuss pressing issues of interaction and agree on priority measures aimed at expanding the partnership of Central Asia,” the Uzbek President said. “The meeting’s agenda includes regional policy issues, cooperation in trade, economy, investment, transport and communication spheres; scientific, technical and humanitarian exchanges; as well as ensuring security in Central Asia. We have to adopt the regulations and a joint statement, as well as determine the place and time of the next consultative meeting.”

As a way to unify efforts to strengthen cooperation and increase quality of life in the region, Nazarbayev proposed an “Agreement on Good Neighbourliness and Cooperation for the Development of Central Asia in the 21st Century.”

“This fundamental political document should reflect the basic principles and goals of our interaction. The agreement will also include provisions on mutual respect of the sovereignty, independence and territorial integrity of our countries,” said Nazarbayev.

He also proposed holding a Central Asian Security Council Secretaries meeting next year to strengthen security in the region and called attention to Central Asia’s rapid demographic changes. Regarding cultural and humanitarian interaction, the First President proposed allocating 10 scholarships for students from each participating nation that will allow them to study in the best universities of Kazakhstan.

Nazarbayev also proposed establishing Central Asia Day on March 15, the day the first consultative meeting was held in 2018 in Kazakhstan’s capital. According to him, the dialogue that was launched then opened a new page in the history of Central Asia.

“It drastically improved the picture of our cooperation. The dialogue signalled to the five countries that our friendship will live for centuries. Contacts started activating on all levels,” he said.

Nazarbayev also met with Mirziyoyev, discussing the close relationships between their nations, which through years of cooperation has reached a new qualitative level. Nazarbayev emphasised that Mirziyoyev’s initiative to hold the consultative meetings facilitated the region’s multifaceted cooperation and presented a platform for promoting collaboration.

The next Consultative Meeting will take place in Bishkek, Kyrgyzstan.