By Zhanna Shayakhmetova in Tourism on 15 December 2019

NUR-SULTAN – Air Astana Group expects that more than five million passengers will travel this year on Air Astana and its low-cost subsidiary, FlyArystan, reported the company’s press service. The number is a 17-percent increase over 2018. 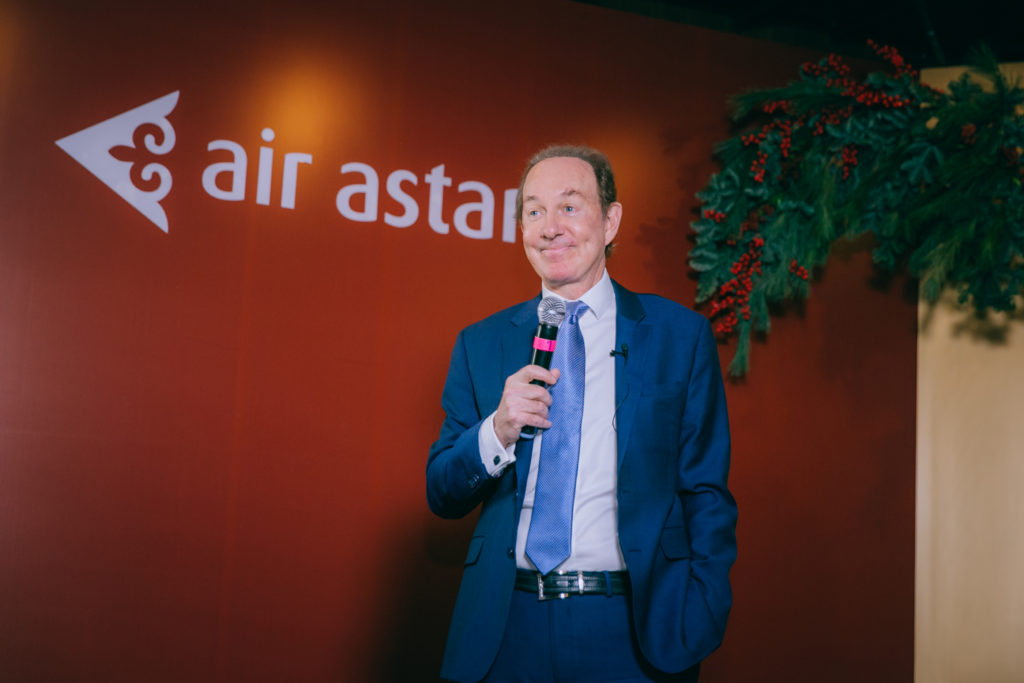 Air Astana President Peter Foster noted FlyArystan’s launch in May was a significant event for the company.

“During this time, the low-cost airline showed good results and growth prospects. We believe that together we will become even stronger and offer Kazakh citizens the opportunity to choose options on domestic flights. They can still use the services of Air Astana or choose the service package with FlyArystan. At the same time, Air Astana Group will have reduced fares by 13 percent by the end of 2019. Now, every Kazakh resident can travel using our services and we are glad about these changes,” he said.

The company completed its first independent C-check of an Airbus A320neo, a base maintenance check, at its own engineering and technical centre at Almaty Airport in November.  S7 Technics supported the project.

Founded in 2008, the ab-initio pilot training programme continued its activities and 280 cadets took part in trainings. This year, 23 cadets are studying at flight schools in Finland, Ireland and Spain. Forty cadets are expected to take part in training each year during the next five years.

Air Astana received a four-star service excellence rating and retained the accolade of Best Airline in Central Asia and India at the Skytrax World Airline Awards for the eighth consecutive year. It also won the TripAdvisor Travellers’ Choice Awards for Airlines 2018/2019 in the Regional-Asia category. Air Astana was awarded five stars by APEX American Association in the regional airline category in 2018 and 2019.

Air Astana plans to open a direct flight from Almaty to Paris on June 3. The fleet will be expanded to 42 aircraft and the route network to 63 destinations.

By the end of the year, the airline will have expanded its network to 13 destinations. It launched its first international flight from the capital to Moscow on Dec.13.

FlyArystan’s fleet will be increased to 10 aircraft to expand low-cost flights to 40 destinations.