NUR-SULTAN – Le Shapalaque Comics is a growing project that seeks to influence its audience and attract attention to social and political problems. 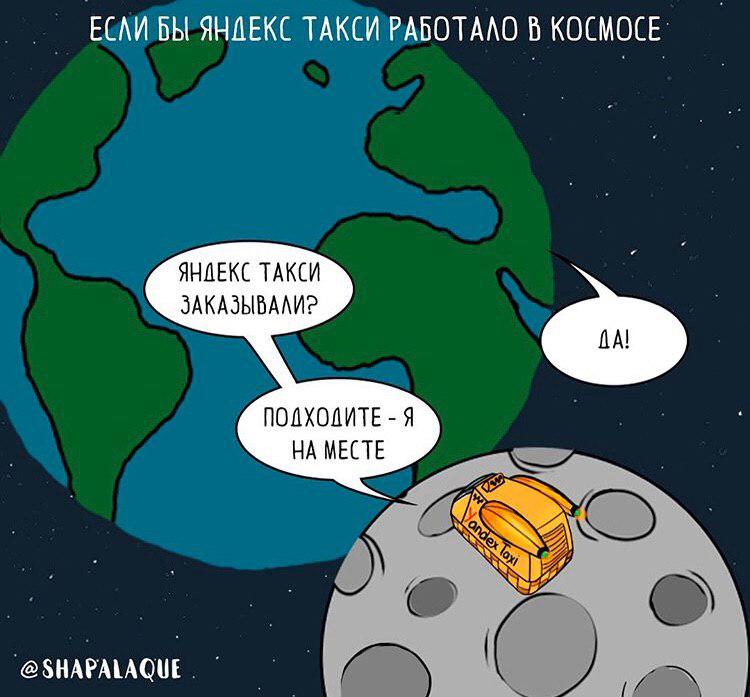 If Yandex.Taxi worked in space: “Did you order taxi? Come out, I am here.” Photo credit: Le Shapalaque comics instagram account.

“Since the last interview [with The Astana Times], a lot has changed politically in Kazakhstan and on our team. Last time, we had around 10,000 followers; since then, it has grown almost five times. We have made collaborations with other content makers and started selling our own merchandise,” founder Adil Zakenov said in an interview for this story.

Shapalaque’s following is primarily Russian speakers, because the comics are written in that language, but they want to expand to the Kazakh speaking audience.

“Maybe we could influence their worldview as well and tell about problems from our point of view,” he added.

The commentary works to counter what Zakenov considers to be censorship in the Kazakh mass media, noted Zakenov.“The media does not show some important topics, such as corruption or domestic violence, and we take that role upon ourselves. I think our readership is big enough for us to start talking about problems and not only making jokes. Maybe half of our followers subscribe because of memes and jokes, but I think it is important to convey to them that there are serious problems that everyone should know,” he said.

One of Shapalaque’s future ideas is starting an Okulyk (Tutorial) programme where the team would post educational videos about human rights, legislation, how a constitution works, how taxes are used and similar topics. The three-four minute videos would explain the difficult concepts in a simpler way.

“Our population is a little illiterate in their own rights. … This programme would help people see if someone is doing something outside the law and would be able to pinpoint a clause in the constitution,” he noted.

The information is useful, but hard to learn, which is why they want to make it more entertaining.

“If we are able to realise this project, we will positively influence long-term education on human rights in our society,” he added. 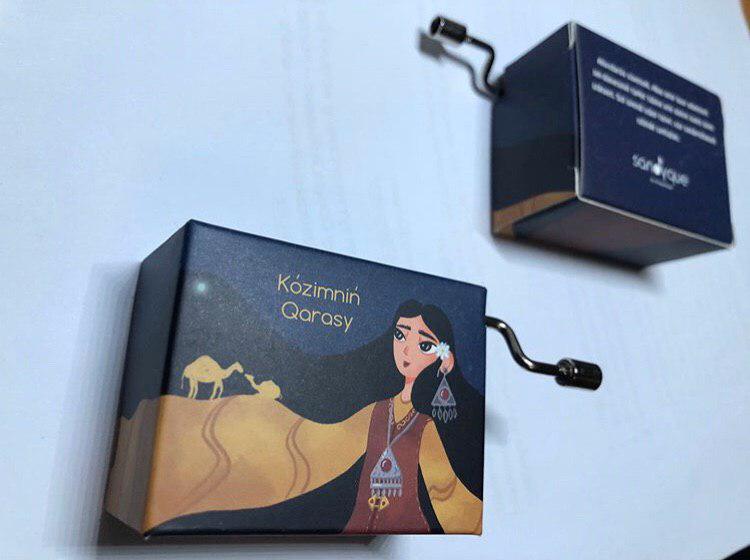 Shapalaque also created the first souvenir music box with a Kazakh melody. The idea came to Zakenov while visiting Salzburg, Mozart’s birthplace, where he saw music boxes with the composer’s melodies available throughout the city. He considered the possibility of making something similar in Kazakhstan and began seeking funding upon his return. He viewed the Kazakh souvenir sphere as a blue ocean (a field without much competition), where the only good gift was the country’s chocolate.

A friend suggested using Kozimnin Qarasy (Kazakh for the apple of my eye), a famous song featuring the words of renowned Kazakh poet Abai Kunanbayev. Working with the composer they adapted the music to 18 notes, a customary number in such boxes. For the design, they wanted something which would reflect both Kazakh culture and the name of the song and drew a girl with big eyes whose beauty would not steal attention from the music.

Zakenov initially wanted to create the details for the box in the Nazarbayev University DC Lab, a co-working space for designers, animators, video makers and photographers, but realising the cost would be prohibitive, found a factory in China. Three stores in Almaty sell the music box and three more will soon open in the capital.

Shapalaque participated in an AlmaCon (an analogue of Comic-Con), which gave it more exposure and allowed Almaty fans to purchase the merchandise.

Some Russian content makers such as Fyodor Comics (with Russian novelist Fyodor Dostoyevski as its main character) and Sienduk (the official Russian voice of the Rick and Morty cartoon) attended the event. Sienduk saw Shapalaque’s stand for the first time and liked it enough to post about it. The creator of Fyodor Comics was also familiar with the comic and acknowledged its good work. 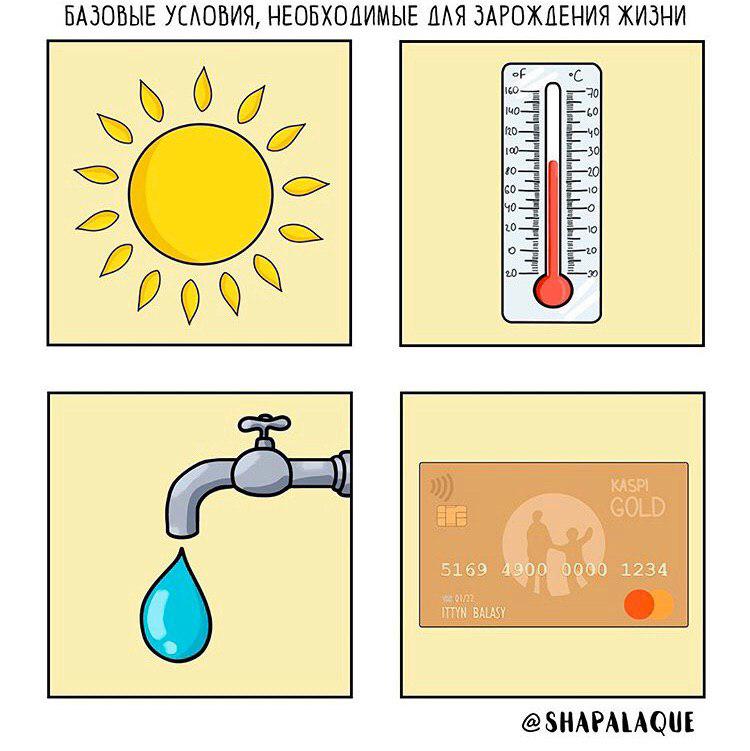 “It was pleasant to hear because I thought that our audience was primarily from Kazakhstan, or Kazakh people living abroad. It is nice that other content makers also follow our art,” said Zakenov.

The comic’s current aim is to grow within Kazakhstan, realising a shift beyond its borders would require a change in strategy and quite a bit of additional funding. They have posted their content on bigger international platforms such as 9GAG, which proved they can produce quality content on a larger, though more general scale.

In the future, Zakenov wants to make short animated films, but the effort would require a great deal of time, equipment, funding and people. All are hard to find in Kazakhstan, because it is an unpopular field, he noted.