By Yelena Levkovich in Tourism on 4 December 2019

NUR-SULTAN – Thirteen of China’s most influential travel, lifestyle, fashion and shopping bloggers and public opinion leaders arrived in Almaty Nov. 13 to tell their followers about Kazakhstan. 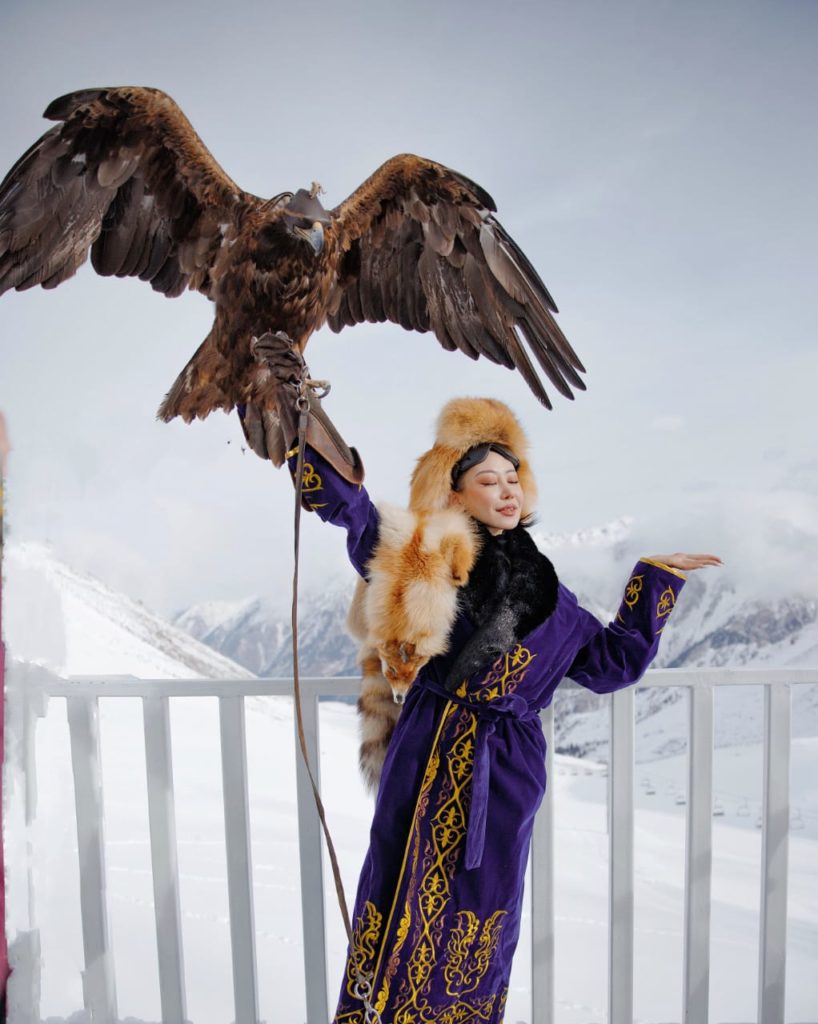 The tour, initiated by Kazakh Tourism with the support of Capital Partners Real Estate and Air Astana, the nation’s largest carrier, was aimed at highlighting the country, particularly Almaty and the Almaty Region, as an ideal destination for Chinese travellers.

The decision to invite them was not a random one. According to global data, Chinese tourists spend approximately $280 billion on travel, including winter tourism, which is actively promoted by popular bloggers.

The Chinese visitors spent their first day sightseeing in the city, becoming acquainted with the people, culture and customs and tasting traditional food – kurt (yogurt or cheese), kazy (horse meat bratwurst), koumiss (fermented mare’s milk), besbarmak (meat and noodles) and baursak (fried bread). They also had the option of visiting Esentai Mall, a luxury emporium positioned by the organisers as the best shopping location in the Central Asian region, with prices 25-percent lower than similar malls in Dubai, Milan and Moscow.

The next day, the bloggers travelled by helicopter to Charyn Canyon, also known as Valley of Castles or Red Canyon, a ride which afforded them a bird’s-eye view of the landscape. After a guided walk along the canyon, the guests were treated to a lunch of national dishes and photo shoot with batyrs (steppe warriors) and girls dressed in traditional garb. That evening, Kazakh Tourism organised a gala dinner to officially greet the visitors.

Chinese citizens are permitted to stay in Kazakhstan for three days under the 72-hour visa free regime. The final day the travellers visited Shymbulak Mountain Resort, where they enjoyed views of the Zailiyskiy Alatau mountains and photographed golden eagles.

“I want to live here forever! It is only the third day of my stay in Almaty, but it seems I have spent the entire week having so many activities, meeting new friends, eating so much delicious food! I plan to bring my parents here next spring, I’ve heard it is the best time to visit Almaty,” said Zuo Ensyao, who with 3.7 million followers, is one of the China’s most popular fashion and travel influencers.

Syao Sayesha, who counts more than two million followers, agreed with her colleague, sensing Chinese tourists would appreciate learning more about the history of the Silk Road and seeing the ancient Kazakh cities and mausoleums first-hand.

“The next time I arrive here I will try to see more, to explore Kazakhstan deeper,” she noted.

To attract Chinese tourists, the Ministry of Culture and Sport intends to extend the visa free transit stay up to 120 hours. The five-day period will allow visitors the opportunity to travel to several cities or tourist destinations.