NUR-SULTAN – Kazakh President Kassym-Jomart Tokayev announced a package of significant political reforms, including on sensitive topics like public assembly, during the second meeting of the National Council of Public Trust, held Dec. 20 in the capital. 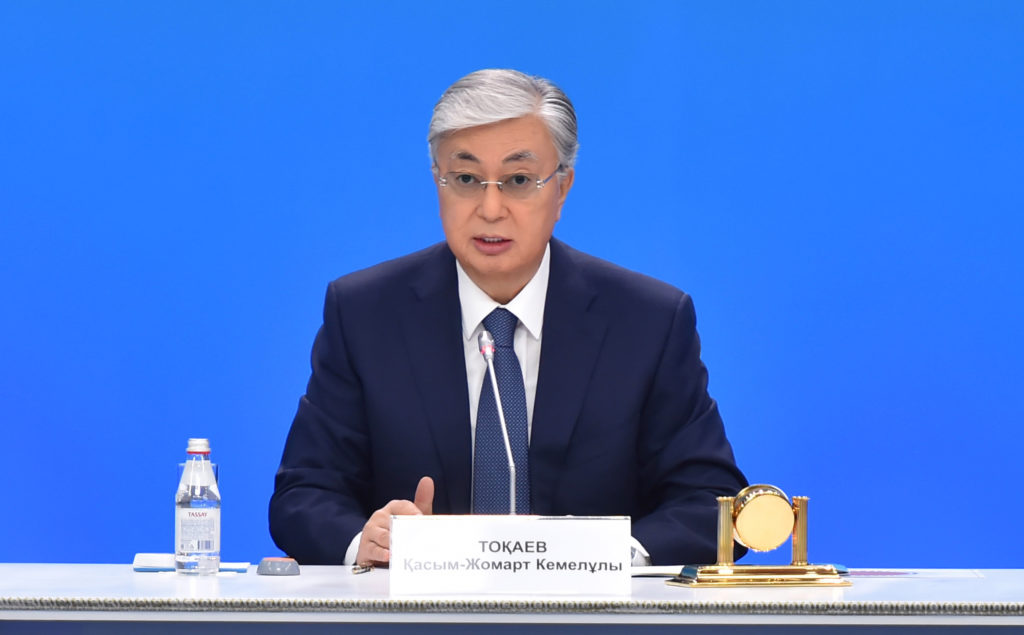 The 44-member council was established July 17 to tackle some of the country’s most acute issues. The first meeting was held Sept. 6.

“We are overcoming the fear of alternative opinion. The government does not believe that disagreement is a destructive or socially dangerous phenomenon,” Tokayev told the council meeting.

The council reflects his idea of “different opinions – one nation.” he noted.

“This is not just a slogan or idea, but a real action. The first meeting shaped the agenda of the national council. All suggestions and initiatives were taken into account. The relevant mechanisms and procedures were launched. Work continues,” he said.

The state demonstrated its political will to achieve concrete results in what Tokayev described as an “extremely sensitive area,” refuting the many experts who expected the topic to take a back seat in the council’s work.

“There should be no doubt as to the need for political modernisation, which I said in my state-of-the-nation address,” the President said. Tokayev’s first address to the nation was Sept. 2. “At the same time, the reforms should, of course, contribute to the stable development of our country, not undermine it. We need to strengthen the creative foundation of the political process so that pluralism becomes an important element in enhancing economic well-being and human capital,” said Tokayev.

Once the law is passed, peaceful rallies will require notification to the relevant authorities only, rather than going through a permission process. Tokayev noted that a “culture of rallies” should be cultivated among people.

“It is time for both society and the state to adequately relate to the public expression of position. This is inevitable and it is better to approach it on its own, consciously, and not under pressure. We need to understand that rallies are not only a right, but a responsibility,” said Tokayev.

The bill, which the President said will be a “completely new law, will clearly define all forms of peaceful rallies, determine the competency of local executive bodies to identify the sites and such terms as a status of an organiser, participant and observers as well as their rights and duties.”

The threshold to form a political party will be reduced from 40,000 people to 20,000 people in an effort to reduce barriers to equal political participation and expand opportunities for civic engagement. Tokayev said the law on parties and elections should also be gradually changed.

Kazakhstan also needs to build a tradition of parliamentary opposition.

“We need to understand the main condition for a new social paradigm – the presence of alternative views and opinions. In past years, there were active citizens taking part in tackling a wide range of social and economic problems. We understood that alternative opinions and public debate do not lead to stagnation, but, on the contrary, are some of the main requirements for development,” Tokayev said, emphasising the need to expand the presence of political minorities in Kazakhstan’s Parliament.

Political parties will also be obliged to have women and youth make up at least 30 percent of their lists, to help amplify those voices in decision-making processes.

“We need to create not only social elevators for young people, but also political ones, to pass the torch of independence to new generations of patriots,” said Tokayev.

The quota will also encourage political parties to more be more active in their work with different social groups.

Tokayev also instructed the Kazakh Ministry of Foreign Affairs to start procedures to join the Second Optional Protocol to the International Covenant on Civil and Political Rights, aimed at abolishing the death penalty. Kazakhstan has maintained a moratorium on capital punishment since December 2003.

Article 174 of the Kazakh Penal Code, which penalises incitement of social, national, tribal, racial, class or religious hatred, will be humanised and will have more clearly defined terms to reduce ambiguity and vagueness.

Article 130, on defamation, is another issue in the Penal Code that recently raised heated public discussion and was brought up at the first meeting of the council. Subsequently, there were several meetings of council members and state representatives on the issue.

“There were suggestions to decriminalise this article, but it turned out there are serious counter arguments. Some activists advocated for the preservation of this norm in the Penal Code, as it deals with the protection of human rights and dignity. Some state bodies suggested amending only the first part of the article,” explained Tokayev.

“After reviewing all positions and aspects in this issue, I made the decision to decriminalise the article and move it to the Administrative Code. At the same time, high responsibility must be maintained in order to guarantee the rights of other citizens and protect them from libellous fabrications and attacks,” said Tokayev.

Tokayev said the government is aware of the demand for further political changes.

“Democracy should serve development and creativity, and not estrangement and collapse. We will build our work based on the highest development goals. There should be no place for populism,” he said.

The Kazakh President supported the idea of including civil society representatives on the boards of directors of socially significant enterprises in the quasi public sector.

The government will complete the selection procedures and propose candidacies for those roles by March 1.

“In addition to my instruction to reduce the number of companies in the quasi public sector, which are often staff-bloated, work needs to be done to reduce the economic involvement of active state companies in competitive markets,” said Tokayev.

The government has proposed cutting more than 100 types of activities of state companies and more work needs to be done, Tokayev added, particularly in big cities, where the competitive environment is well developed.

The country’s foreign workers quota will also be reduced by 40 percent next year from 49,000 to 29,000. This comes few weeks after inspections by the Kazakh Ministry of Labour and Social Protection revealed 930 violations at 95 companies.

The majority of those violations were discrepancies between the work done by a foreign worker and the issued permit and between the education level and the position.

The government will continue work to prevent discrimination against local workers by foreign employers.

All companies with more than 250 employees and where more than 30 of them are foreign citizens will be subject to regular inspections.

“Now the Ministry of Labour will be able to quickly respond to any violations, including disproportionate wages, social conditions and so on, not allowing problems to accumulate from year to year,” said Tokayev.