Kazakh government plans to urbanise 62 percent of population by 2025

By Aidana Yergaliyeva in Business on 9 December 2019

NUR-SULTAN – In the new State Programme for the Development of Regions for 2020-2025, the Kazakh government set the goal of urbanising 62 percent of the country’s population. This should improve social welfare, Minister of National Economy Ruslan Dalenov said during his report at a Dec. 3 government meeting. 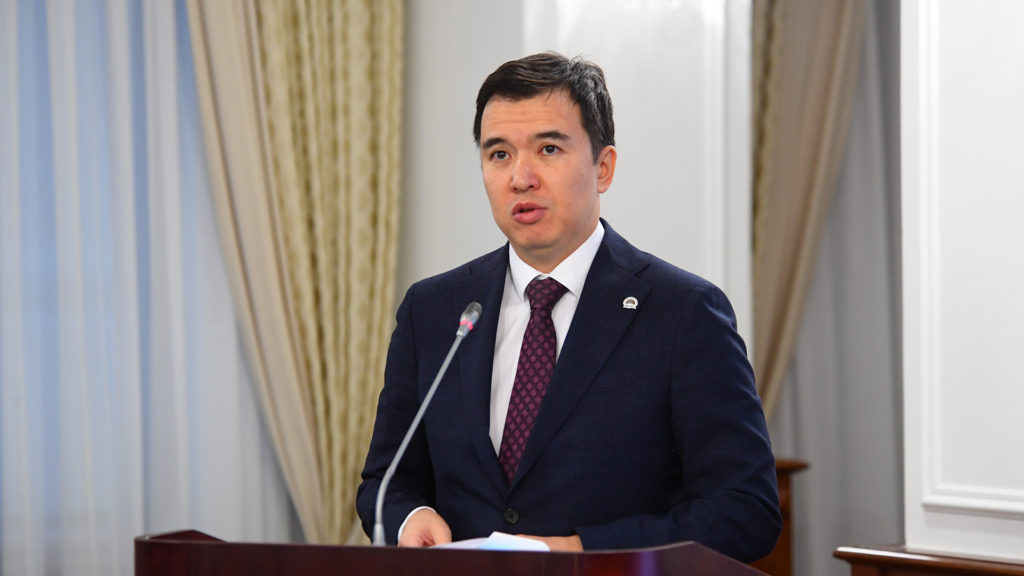 “Within the framework of the Strategy of Kazakhstan 2050 and the Strategic Plan for the Development of the Republic of Kazakhstan by 2025, the priority of regional policy is to ensure managed urbanisation. The new programme defines important institutional conditions for the development of the country. This is the formation of centres of economic growth, increasing the competitiveness of regions, ensuring a basic standard of living in all regions,” Dalenov explained.

“Urbanisation will give an additional GDP growth of 0.52 percent. Regional imbalances will be reduced. Real cash incomes of the population will grow 25 percent. The main result of the programme will be an increase in the welfare of citizens living in cities, regional centres and villages,” said Dalenov.

As part of the Auyl-El Besigі project, the programme will modernise 3,477 villages – 90 percent of all Kazakh villages, where almost seven million people live. The programme intends to create access to high-quality drinking water and improve transport links between the villages and their nearest regional centres. The government plans to allocate 1.3 trillion tenge (US$3.38 billion) to develop villages.

The programme will also introduce a regional standard system.

As a result of the first five-year plan ending in 2019, the population of each of the three large agglomerations and their nearby settlements reached 1 million people (Almaty, Nur-Sultan and Shymkent). The programme also reduced the depreciation of water supply networks in single-industry towns by 10 percent and electricity networks by 12 percent.

According to the minister, 17,000 specialists received preferential budget loans for the purchase of housing under the Diplommen Auylga (With a Diploma to a Village) programme. The programme finished 8,000 rural improvement projects, improving infrastructure in villages for 700,000 villagers. The Kazakh government allocated 252 billion tenge (US$655.78 million) to these projects.

In addition, 1.4 trillion tenge (US$3.64 billion) has been allocated for the development of engineering infrastructure since 2014, Dalenov said.

Kazakhstan has 17 regions with 87 cities and 6,500 villages. The level of urbanisation across the country is 58.2 percent, the highest urbanisation level among the countries of Central Asia, but still lower than in Organisation for Economic Co-operation and Development (OECD) countries, where it is 77 percent.