By Zhanna Shayakhmetova in Culture on 31 December 2019

NUR-SULTAN – Astana Opera principal conductor Alan Buribayev will present Letters from Italy opera and symphony concert Jan. 6 in the capital. The concert is based on the stories of famous composers through their correspondence while staying in the European country, reported the theatre’s press service. 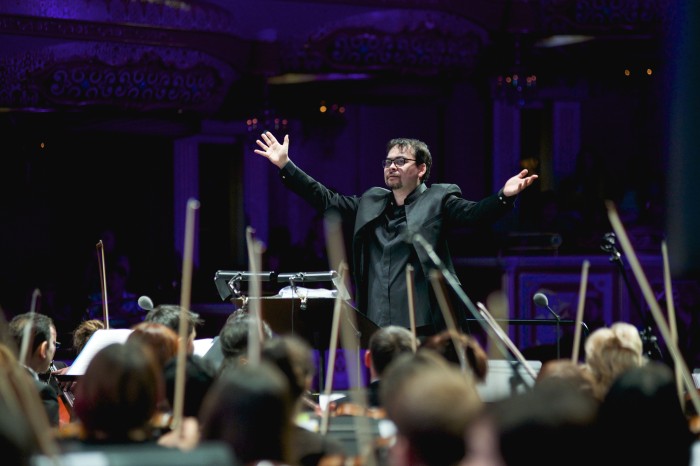 The programme will feature opera and symphonic works created by Russian and European composers performed by Astana Opera soloists including Saltanat Akhmetova, Medet Chotabayev and Alfiya Karimova and the symphony orchestra.

Buribayev devised the idea while studying biographical and historical materials to prepare for his concerts.

“The art of writing letters, and I focus here on the word ‘art,’ is exactly what people really appreciated and treated as an unusually precious skill. In the era before emails and text messages, each letter was like a small work of art with its own canons… At that time, people were very respectful of such a simple thing – writing letters,” he said.

Italy is a country of art and many great artists, composers and writers travelled there for inspiration.

“For example, we can read in Bizet’s letters that in a short time he learned a lot here. Or Tchaikovsky was inspired by the Roman Pinacoteca and the Sistine Chapel and under the influence of these impressions of Italian works, he wrote symphonic and opera masterpieces that have become part of the golden fund of Russian classics,” he added.

Buribayev also wanted to present something warm and joyful to the audience in January, as Italy is known as a sunny country.

He plans to perform the original 1867 French version of Giuseppe Verdi’s opera “Don Carlos,” which is one of his rarely performed ballet scores. The Milanese version of 1884, written in Italian and no longer featuring ballet, has been staged at the Astana Opera. The ballet music was written specifically for the opera’s Paris premiere.

“Today, ‘Don Carlos’ is staged everywhere in different versions, but absolutely everywhere in the world it runs without ballet. I wanted to perform ballet music from the 1867 version, not only to present the rare Verdi, but also because the ballet music itself has its own interesting story, which is associated with a unique and famous jewellery piece, the legendary pearl called La Peregrina (Pilgrim),” he said.

Buribayev served from 2002-2007 as music director of Germany’s Meiningen Theatre, then from 2006-2011 as chief conductor of the Norrköping Symphony Orchestra in Sweden and Brabant Orchestra in the Netherlands.

In 2011, he worked with Russia’s Bolshoi Theatre on the operas “The Love for Three Oranges” by Sergei Prokofiev, “Eugene Onegin” by Tchaikovsky and “The Magic Flute” by Mozart. In 2013, he conducted ten performances of “Eugene Onegin” with the Bolshoi Theatre on tour at Tel Aviv Opera and the following year participated in a tour with its orchestra to Austria, Germany and Switzerland. In 2012, he staged “Abai” opera by Latif Khamidi and Akhmet Zhubanov for the first time in Europe at Germany’s Southern Thuringia State Theatre. He was the chief guest conductor of the Japan Century Symphony Orchestra in 2014 and named principal conductor of Astana Opera in March 2015.