BRUSSELS – The leadership of Kazakhstan is committed to further strengthening cooperation with the European Union, and with the start of work by the new European Commission and the full entry into force of the large-scale agreement between Kazakhstan and the EU, this cooperation will receive a significant new impetus, Kazakh Deputy Minister of Foreign Affairs Roman Vassilenko told a recent roundtable discussion in Brussels. 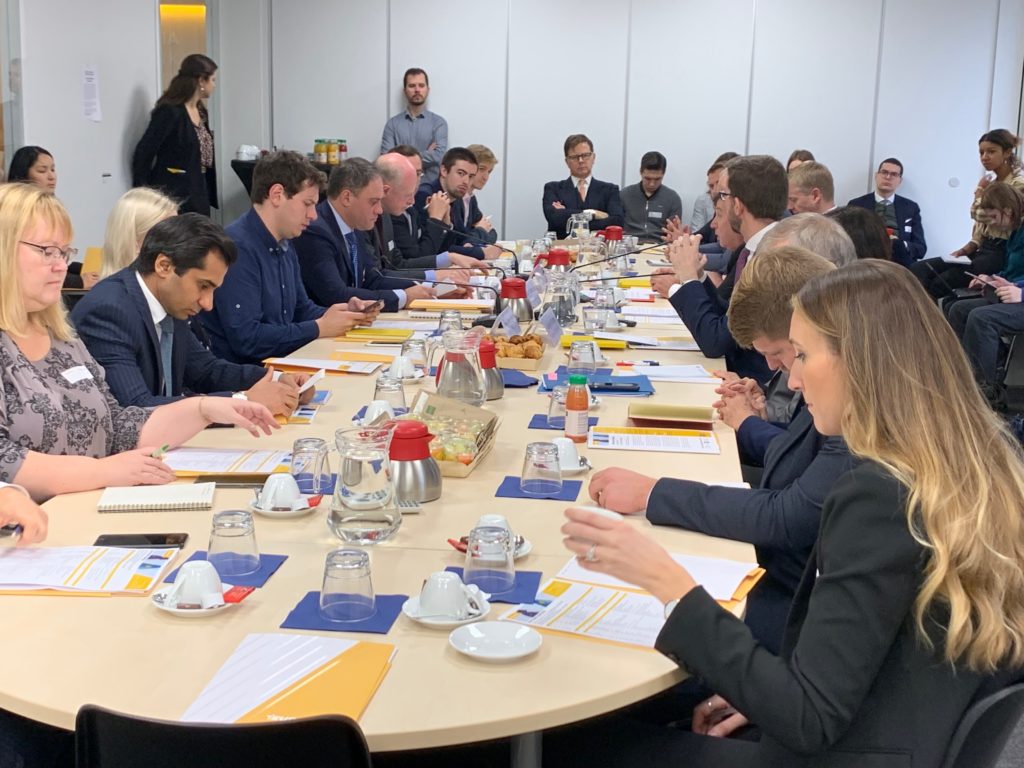 Addressing the Nov. 13 gathering at Euractiv media agency on the topic “New leadership of Kazakhstan: what impact for relations between Kazakhstan and the EU?” Vassilenko noted that 2019 had been “a momentous year” for his country with the resignation of its First President, Nursultan Nazarbayev, and the election of new President Kassym-Jomart Tokayev, who has since set out his priorities for the nation.

Now, government officials and experts on both sides are trying to ascertain the prospects for further cooperation in light of these huge changes, and how this cooperation will be shaped following the full entry into force of the Enhanced Partnership and Cooperation Agreement (EPCA) between Kazakhstan and the EU expected within a few weeks.

Vassilenko noted Kazakhstan’s new leadership is committed to ever-growing relations with the EU, especially with the EPCA’s full entry into force after the finalisation of the EU’s internal procedures. He said the agreement will usher in a new chapter in productive cooperation between the EU and Kazakhstan across 29 areas, from international and regional security to trade, investment, development of infrastructure as well as innovation in culture, sport and tourism.

“We expect connectivity will become one of the key elements of the EU’s new strategy. Kazakhstan is located in the heart of Eurasia and is the world’s largest land-locked state. These factors, together with the demanding realities of globalisation, have meant that issues of transit and logistics have become vital to our diplomacy,” he added.

Member of the European Parliament Andris Ameriks stressed Kazakhstan is one of the key partners of the EU in Central Asia both in terms of political and economic cooperation, and in regional security. Phillipe van Amersfoort, deputy head of the Central Asian division of the European External Action Service, welcomed Kazakhstan’s on-going reforms aimed at strengthening the rule of law as well as the work of the recently created Kazakhstan-EU high level business platform on economic and business issues. That platform, with the participation of the Prime Minister of Kazakhstan, is intended to build and diversify trade and economic cooperation. “We look forward to work very closely with the region in the framework of this economic forum to develop business relations,” he added.

Jocelyn Guitton, coordinator for Kazakhstan of the Directorate General of the European Commission for Trade, drew attention to the fact that Kazakhstan is the largest trading partner of the EU among the countries of Central Asia: 86 percent of trade between the EU and the region is done with Kazakhstan. He added Kazakhstan’s transit and transport potential of, a country between Asia and Europe, could be a powerful driver of economic growth. Guitton also commended the new EU-Kazakhstan business platform. “We think it is an important development, we believe this platform, together with the EPCA, will be a major driver to improve the business climate in Kazakhstan and to attract foreign direct investment.”

Samuel Vesterbye, managing director of the European Neighbourhood Council, who observed the presidential election in Kazakhstan in June 2019, noted the importance of the wide involvement of civil society in the processes of modernising the country’s socio-political life.

The participants of the event stressed the effective implementation of the EPCA will be key to expanding economic ties and increasing trade between Kazakhstan and the European Union, attracting European technologies and investments, and creating new jobs.