NUR-SULTAN – The National Security Committee released the film “Accusation and Regret” on its YouTube channel about a Kazakh citizen who returned from Syria. Bakhtiyar Ibrayev tells the story of the way he fought for terrorist groups prohibited in Kazakhstan. 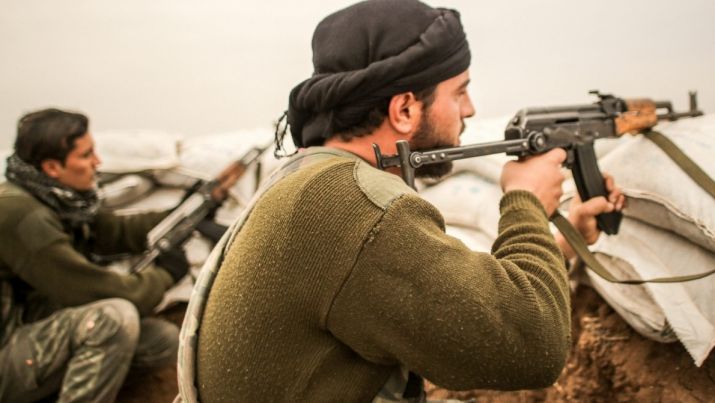 A native of the Akmola Region, Ibrayev studied in Egypt in 2007, then joined the armed jihad movement at the Afghan-Pakistan zone in Pakistan’s Waziristan region. He entered a group called the Islamic Jihad Union and fought in Afghanistan. In 2012, he moved from Afghan territory through Turkey to Syria and joined the so-called Kazakh Zhamagat. He was injured during military operations and captured by the Kurds this year. He, his wife and their five children were returned to Kazakhstan as part of the country’s Jusan operation.

“It all started with special literature, which mainly comes from Saudi Arabia. Young Muslims are under great influence. They say about a perfect world where everyone lives according to Sharia law and young people are looking for this world. They go to places that they think will change their lives, but that’s a utopia,” he said in the film.

Propaganda also existed at the Egyptian university where he studied.

“When I went to Syria, I observed many groups with fanatical religious beliefs. When the members of terrorist groups came, they all joined them. They showed them the Islam that they want to see. There was massive propaganda. It was an effective approach,” he added.

Later, Ibrayev noticed not all Sharia norms were respected and because the terrorist movements are basically from Iraq, the attitude towards Iraqis is different. The movement wanted to attract young people into the conflict.

He met other Russian-speaking fellows who supported the idea that has nothing to do with Sharia. People are simply used for their own purposes.

“I was worried about my family. I wanted to leave the territory with my wife and children, but it was very difficult. Those who tried fell into a minefield or under an air strike… And then I saw a video about the Jusan operation, when Kazakh people were helped to return to their homeland. Then, the Islamic State of Iraq and Syria (ISIS) and the United States somehow agreed to let us go and we went home,” he said without providing any further details.

Ibrayev regrets that he spent his years so carelessly and hopes for the support of his people.