NUR-SULTAN – The Kazakh government will commit 421 billion tenge (US$1.08 billion) to support businesses as part of Business Road Map 2025, said Minister of National Economy Ruslan Dalenov, reported the Prime Minister’s press service. The new programme, regulating business development and state support measures in this area, will be adopted by the end of November. 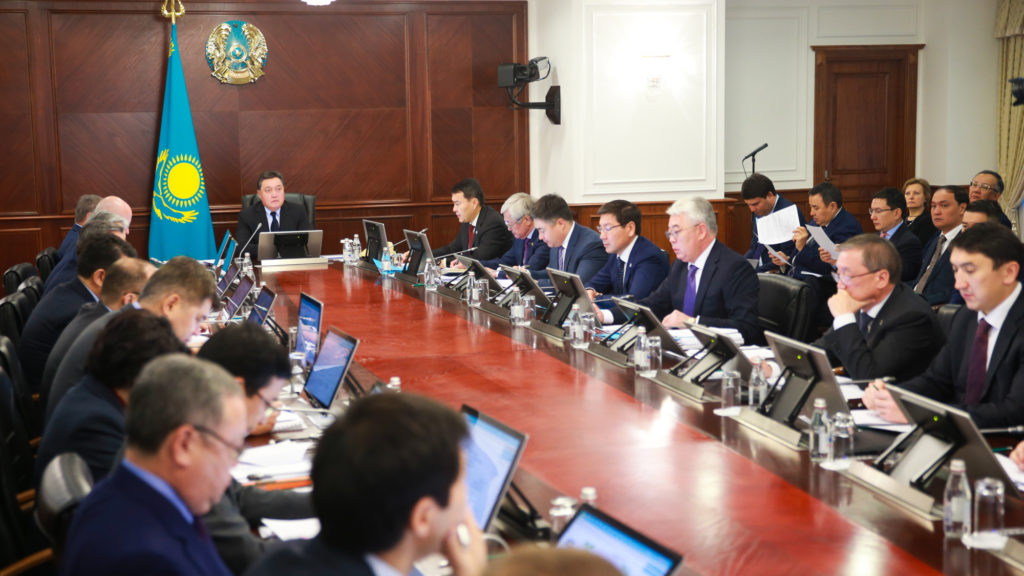 “This year, Business Road Map 2020 is nearing its end. Therefore, we prepared the new project for the programme. It preserves the goals and tasks. The instruments of support were enhanced and their efficiency and affordability have been improved,” he said in addressing the government meeting.

“Secondly, the access to financing will be expanded. For that purpose, we are introducing subsidies and guarantees of loans provided by microfinance organisations. Third, the requirements to the programme participants in terms of increasing employment and tax contributions are enhanced,” said Dalenov.

Businesses will also have access to assistance and mentorship at all stages of development, including training, document aid for loan applications and support measures.

Officials expect the processing industry share of the country’s gross domestic product will reach 13.4 percent from the current 11 percent.

The country currently has 1.3 million small and medium-sized businesses, growing by 400,000 since 2015. Nearly 3.3 million people are employed in the enterprises.

The nation’s efforts have been recognised in the latest World Bank Doing Business Report. Kazakhstan ranked 25th of 190 economies and has advanced significantly over the past four years.

“The programme participants can receive loans for 7.1 percent. The maximum sum of the loan is 2.5 billion tenge (US$6.4 million). There is an opportunity to receive guarantees for 60 million tenge (US$153,750) and grants up to three million tenge (US$7,688). The measures are in place to train citizens in the basics of business. You can get advice and take training courses and internships,” said Dalenov.

“Strong business is one of the important factors to ensure a sustainable economy, according to Kazakhstan’s First President Nursultan Nazarbayev. In May, the head of state, Kassym-Jomart Tokayev, set the task to strengthen the role of small and medium-sized businesses and bring their share in the economy to at least 35 percent by 2025. By 2050, we need to reach 50 percent. Huge work is being undertaken to achieve these figures, including changes to the legislation,” he said.