By Nazira Kozhanova in Tourism on 5 November 2019 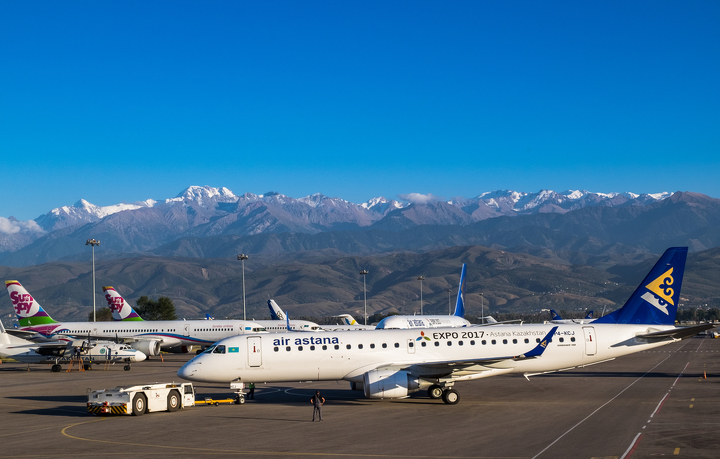 “This mode is introduced at the airports of Nur-Sultan, Almaty, Shymkent, Aktau, Karaganda, Ust-Kamenogorsk, Pavlodar, Kokshetau, Taraz, Petropavlovsk and Semey. The regime provides for the removal of restrictions on the number of flights and the provision to foreign airlines of the fifth degree of freedom of the air in areas where Kazakhstan carriers do not operate,” the ministrty, which regulates the transportation industry, noted.

Foreign carriers flying under the fifth degree freedom of the air will be authorised to make connections through the cities to urban areas in third countries. The change is intended to increase Kazakhstan’s transit potential and traffic through domestic airports. The regime is valid for three years with a possible extension.

The open skies regime follows President Kassym-Jomart Tokayev’s directive announced at the Oct. 8 meeting in the capital devoted to its development.

“An important issue is the increase in the number of international flights. Currently, direct flights from Nur-Sultan are operated to less than 30 international destinations – this is not enough. After all, the capital reasonably positions itself as an international centre,” he said.

Tokayev urged not prioritising the interests of any particular airline in implementing the policy.