By Staff Report in International on 7 November 2019 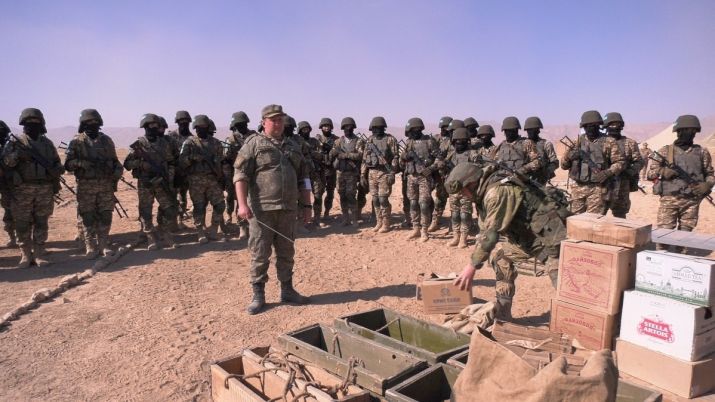 “Today the second stage begins, in which the Collective Peacekeeping Forces of the CSTO are taking part. CSTO includes the military contingents of Armenia, Belarus, Kazakhstan, Kyrgyzstan, Russia and Tajikistan,” it added.

The 73 Kazakh participants are Ground Forces units, including a peacekeeping company, and the Air Force. The combined forces will perform combat training missions aboard Su-30SM fighters.

“According to the scenario of the exercises, the Collective Peacekeeping Forces of the CSTO in the mountains and desert terrain will prepare peacekeeping contingents for their mission and conduct a joint peacekeeping operation. In the course of practical actions, military personnel will practice patrolling the area, organising service at checkpoints, actions of personnel escorting convoys, blocking a settlement and performing tasks to counter rioting,” reported the press service.

The exercises were conducted as part of the approved plan for training governing bodies and forming the CSTO Collective Peacekeeping Forces and means for this year.