By Yelena Levkovich  in Business on 11 November 2019

NUR-SULTAN – Balmuzdak, the largest ice cream and frozen goods producer in the Turkestan Region and one of Kazakhstan’s leading manufacturers, will soon supply its products to Kyrgyzstan, Russia and Uzbekistan. The popular brand is available not only in the region, but is supplied to more than 20 of the country’s cities and towns. Its catalogue includes approximately 50 types of ice cream and several cakes and chocolate sweets. 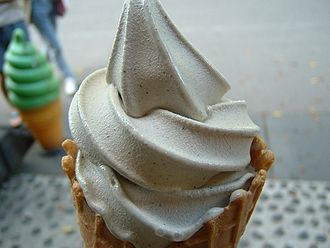 Balmuzdak’s history dates back to 1987, when the ice cream cooperative was created based on the Public Catering Enterprise Association. It began operation as a private entity in 1998 when director Adakhan Turdiyev bought an existing state-run ice cream shop, becoming the first private ice cream production enterprise in the South Kazakhstan Region. The company initially had eight employees who produced only two types of frosted delicacies – Lakomka sundaes and chocolate-glazed ice cream. Manual labour prevailed and the equipment, except for the freezer and homogeniser, was artisanal; the facility was not computerised and the lack of wrapping machines meant workers in production lines wrapped the ice cream sandwiches by hand.

Balmuzdak subsequently expanded and improved its quality. The staff searched for equipment, read books on production technology and used the experience of foreign food manufacturers. The main goal was to improve the company’s competitiveness and the ice cream was initially distributed in the town and nearby villages. Although Balmuzdak suffered a lack of financial resources and ingredients, Turdiyev noticed interest and ventured into new items – chocolate and raisin ice cream desserts with nuts. The company received its first loan for new production line and packing machine equipment and in 2007 launched a line of fruit ices, the first of its kind at the time.

As a member of the Business Roadmap 2020 and industrialisation state programmes, Balmuzdak upgraded its equipment and purchased refrigerator trucks and special freezers for its shops. It also expanded manufacturing with replenished working capital.

“We often invited our colleagues from Germany, South Korea and Russia to share information on ice cream proceedings, take something new and special from them and implement their world experience,” he said in an interview with business.gov.kz.

To prevent counterfeiting, Balmuzdak patented its trademarks with Kazpatent in 2000. The Pinocchio and bear images on the wrappers serve as a quality guarantee.

In 2002, the company received a dairy products category diploma at the Best Goods of the South Kazakhstan Region competition. The company also won the Best Entrepreneur of the Year award in 2004.