By Yelena Levkovich in Nation on 20 November 2019

NUR-SULTAN – Kazakhstan’s new draft law on the status of teachers envisages the allocation of 5.2 trillion tenge (US$12.9 billion) for wage increases, bonuses for pedagogical skills and classroom management, leave payments and other incentives for members of that profession over the next five years. 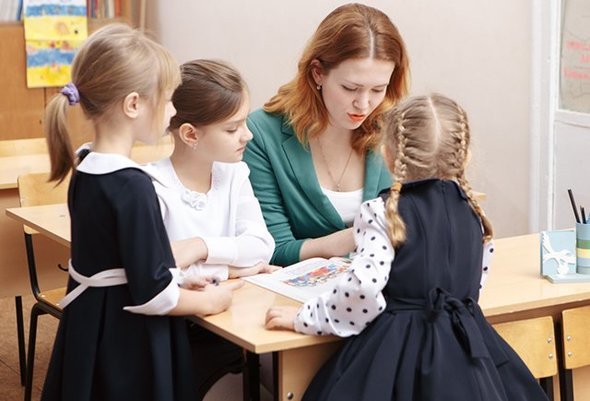 The new draft law provides 10 additional protections for teachers’ rights, including fines for demanding illegal overtime work from them.

The bill was developed on the instruction of Kazakhstan’s First President, Nursultan Nazarbayev, given at the beginning of the year, by a working group consisting of scientists, teachers, lawyers, deputies and labour union representatives. Over a year, the group held meetings throughout the country and received more than 8,600 proposals from citizens. In August, the draft law was approved at a government session chaired by Prime Minister Askar Mamin.

The draft law meets the tasks set by President Kassym-Jomart Tokayev on developing the secondary education system and improving the quality of knowledge, Mamin said. Its implementation is intended to raise the status of teaching as a profession, protect teachers’ honour and dignity and create a system of social guarantees for them.

“One of the most important provisions of the draft law are material incentives. Teachers’ salaries will rise by 25 percent next year,” Kazakh Minister of Education Askhat Aimagambetov told an expanded meeting of the Nur Otan Party’s board Nov. 14.

Nur Otan First Deputy Chair Bauyrzhan Baibek agreed with the minister and said the approach is the result of a “consistent policy” followed by Nazarbayev and Tokayev.

Baibek noted that more than half a million Kazakh citizens work in the field of education, and 81 percent of them are women. In addition to raising their wages, the government needs to address the problem of attracting and retaining qualified teachers at schools, especially in rural areas, as up to 35 percent of them tend to leave the profession.

“Despite the annual mass production of specialists, there is a constant need for teaching staff. And this is just a part of the issues we need to address,” he said.

Baibek also recalled that during the years of independence more than 1,800 new schools and almost 900 kindergartens had been opened throughout the country. The salaries of Kazakh teachers have increased 17-fold since 1997.

“Approximately 30 percent of Nur Otan members are teachers. The party will keep that matter under special control. The task is to expand the rights of the teachers and improve their social status by creating material and non-material incentives for teachers and conditions for creativity and effective work, as well as protecting from unforeseen inspections and unrelated functions,” said Baibek.