By Yelena Levkovich in Astana on 18 November 2019 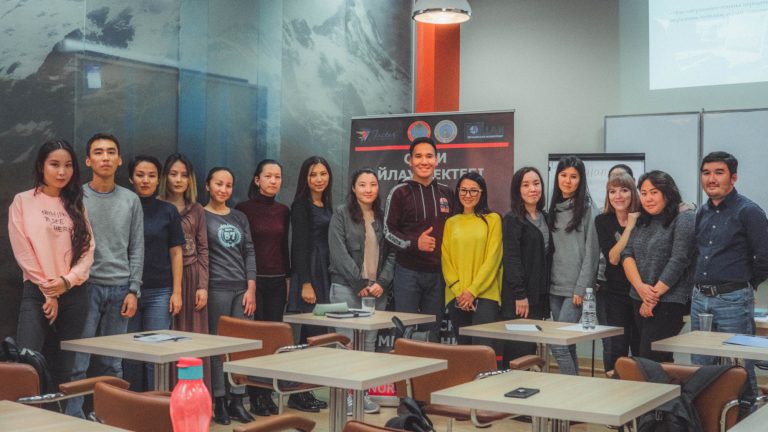 The project, aimed at improving young people’s media literacy, began in the city in mid-October and involved 150 individuals aged 14-29.

Fifty contestants participated in the championship, conducted in the brain ring format. They competed in areas such as fact checking, fake news, propaganda and data hygiene, all of which are directly connected with implementing media research.

Famous journalists, bloggers and experts presented TED (technology, entertainment, design) Talks outlining their methods of arranging and providing information and news. Youth organisation heads, deputies and public activists were also among the visitors. The winner received the main prize of 300,000 tenge (US$775).

The first True or False Project was held in 2018 as part of the Rukhani Janghyru (Modernisation of Kazakhstan’s Identity) programme. This year, the project was initiated by the Zhas Ulan National United Child and Youth Organisation and supported by the Eurasia Monitor Analysis Centre and the capital’s Social Development Department.

Applications were filed in September and October, then the board determined approximately 300 candidates, 229 of whom were students and high schoolers. Of the applicants, 180 were chosen to participate in three-week trainings, divided into six groups by age category.

“We received more than 300 applications within a week after the project was announced. The candidates had to take a test consisting of 10 questions. Then, we chose those who got the minimal number of correct answers; that is, the people who need our training more than others,” said Zhas Ulan Organisation Chair Dinara Sadvakassova.

Eight leading experts in IT, cyber security and communications held trainings and lectured on critical thinking and cyberspace analysis skills.

“Our young people should be ready for speed, which the contemporary information moves at, and technology development. We launched this project considering the issues’ relevance,” noted the organisers.