By Aidana Yergaliyeva in Nation on 18 November 2019

NUR-SULTAN – Scientists from the Baitursynov Institute of Linguistics and specialists involved in the working group on script transition presented the fourth version of the Kazakh alphabet in Latin script to the general public Nov. 6. 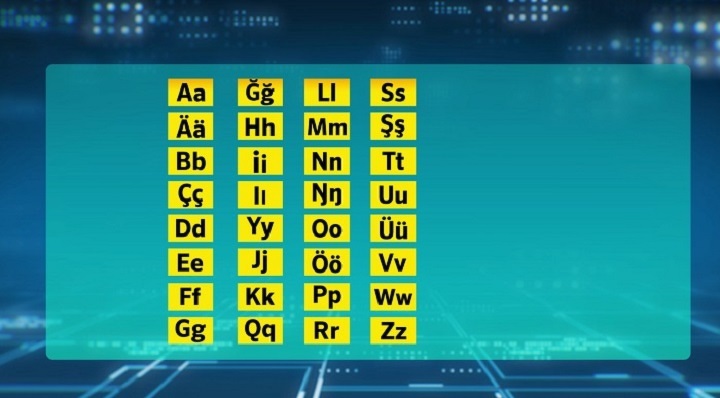 The new version is another step in the country’s plan to transition to Latin script by 2025. The updated version has incorporated suggestions made by Kazakh citizens and criticism voiced by Kazakh President Kassym-Jomart Tokayev, its developers say.

According to the experts, the new version will regulate the law of syngarmonism (the law of vowel harmony) of the language, correct the mistakes made in Cyrillic and ease the translation of words borrowed from Russian.

“In Russian, some sounds are not marked because [the Russian language] didn’t have that sound. For example, w. At first, they wrote it as v – Kokchetav – then as u. They said it was a vowel, then a consonant,” said Baitursynov Institute of Linguistics chief Yerden Kazhybek, forbes.kz reports.

The new Latin script might still confuse Kazakhs who are used to the Cyrillic spelling of the language. According to linguists, the word “su,” which means water, for example, should be written as “suw.”

“This is the correct spelling. If we simply write the letter y (the u sound in Russian), then we will lose this sound. Therefore, it is necessary to add ұ. For the younger generation, all this may seem wild. However, you need to get used to it. This is required by the law of language. There were already three versions of the alphabet that were not accepted, all due to the fact that the purity of the language was not preserved,” said philology professor Alimkhan Zhunisbek.

“If this alphabet is approved, the problem will be solved. Because w is being introduced. It replaces the sound y in the word tau. Then we can solve the problem by separating the consonant letter and the vowel u,” said philology professor Anar Salkynbai.

“We still cannot get rid of samples of Russian words. Many people simply cannot break the habit. They ask, for example, how to spell the word futbol [football], vagon [carriage]. Therefore, in despair, I had to add four letters. These are h, c, f, then h,” said Zhunisbek.

The alphabet uses the same set of 32 letters as Latin scripts. The new Kazakh script employs diacritic marks such as umlauts, brevis’ and cedillas to replace digraphs.

“In the old alphabet, consonants and vowels are indicated by an acute accent. This is wrong, because the accents are not written with consonants. Instead, in our version, the diacritical marks in the form of wings [brevis] stand above the consonants. Some vowels are umlauts,” said Kazhybek, according to informburo.kz.

These new marks in the new version of Kazakh Latin are, in fact, from a long-forgotten old version of the written language.

“We proposed this option 20, 30 years ago. The Institute of Linguistics conducted research, wrote books, monographs and everywhere this alphabet was offered. The Turkic Academy offered it at the beginning of the 20th century. In 1991, 2012, we always talked about this option: linguistics for such an alphabet. What was discussed before was proposed by people who do not understand the language, do not know its laws. Our option will be the most convenient and easy for the population,” he said.