By Yelena Levkovich in Culture on 4 November 2019

NUR-SULTAN – The Oct. 25-27 ninth international DosStar Operetta and Musical Festival opened with the “Love under cover” performance at the Temirtau Palace of Culture, reported inform.kz. The play was presented by the actors of the Omsk State Musical Theatre. 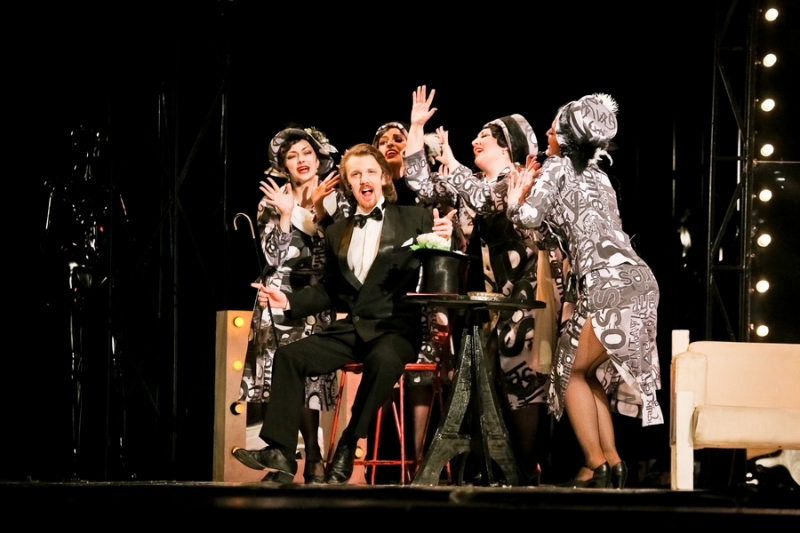 “We sent the sheet music to the Karaganda Musical Comedy theatre in advance, enabling the local orchestra to learn the parties and be ready to work with us. It is an interesting experience both for the Kazakh theatre and ours. We feel satisfied with such collaboration,” said Omsk State Musical Theatre Director Nelly But.

German mezzo soprano Suzanne  Heinzmann came to Kazakhstan for the first time. She accepted the invitation with a view to visiting a new country and comparing the way the abroad theatres work.

“I noticed in Karaganda all the citizens are very friendly and willing to help. I felt really excited before upcoming performances with foreign actors. Now, I see all the participants are professionals,” said the German singer.

“That was the class for professional performers. It is easier than coaching students. Mostly, it is just giving some practical advice, nuances, rather than common training,” said the soloist. Yatich also noted the festival offers the opportunity for artist to interact with gifted colleagues from other countries.

“Dialogue of cultures is the main purpose of the festival. Since the moment of establishing more than 500 representatives of musical theatres from 15 states have become its participants. This year the festival geography has expanded, and we are getting acquainted with Serbian and German soloists,” said Head of Musical Comedy Theatre Kazakhstan and Honoured worker Amantai Ibrayev.

The first DosStar festival, initiated by the Karaganda Musical Comedy Theatre, took place in Karaganda in 2012.