By Yelena Levkovich in International on 18 November 2019 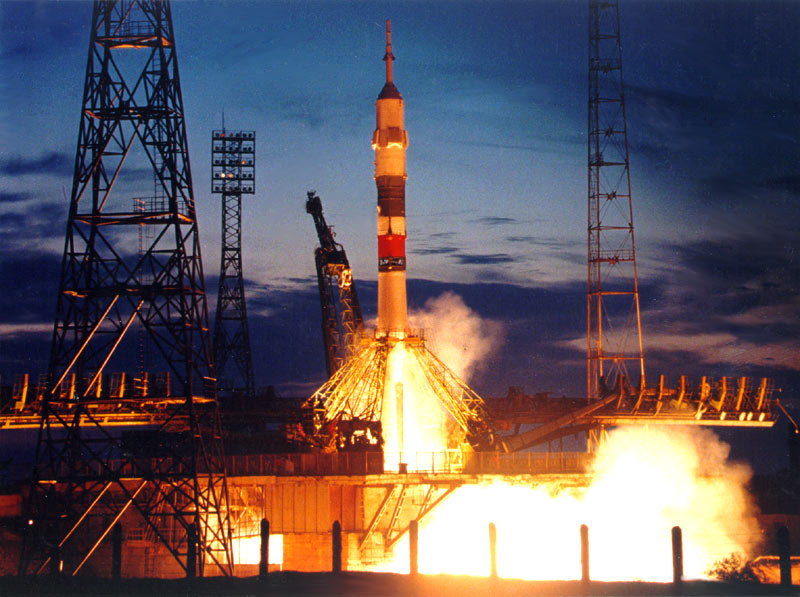 “First President Nursultan Nazarbayev and President Kassym-Jomart Tokayev pay special attention to the development of the Baikonur Cosmodrome’s infrastructure and its modernisation in accordance with advanced standards,” he said at this year’s forum, dubbed “Baikonur: Cradle of the World.”

The head of the Kazakh government noted the world’s first cosmodrome is now on the eve of a new stage of its development, requiring joint work by all the forces, ideas and partnerships that exist within its framework.

“Through the cooperation of Kazakh and French enterprises, the creation of a spacecraft assembly and testing facility complex is in the final stage. Its launch will allow the assembly and testing of satellites of different purposes. This project will support stable and long-term Kazakh-French industrial cooperation,” the prime minister told forum participants.

The Kazakh government plans to allocate $300 million for space-based communication systems and Earth remote sensing (ERS), including private sector investments, Mamin added. To date, Kazakh enterprises and state bodies are actively interacting with Arabian, Chinese, Japanese, Turkish and many other countries’ space organisations. Collaboration on ERS data exchange, as well joint manufacturing and commercialisation of ERS satellite constellations, is on the way, as is a Russian project to build an environmentally friendly space rocket complex, dubbed Nazarbayev Launch, which will be run soon.

At the forum, Kazakhstan, Russia and the United Arab Emirates agreed to sign by the end of this year an agreement to modernise the Baikonur Cosmodrome’s first launch site, also known as Gagarin Start.

“The document on the Gagarin Start is at the finish line. Now we are discussing what procedures will be required for interstate approval of the instrument. We have arranged with our Kazakh and Arabian colleagues to do everything to sign this document by the end of the year,” Roskosmos State Corporation Director-General Dmitry Rogozin told forum participants.

The first Space Days in Kazakhstan forum in Nur-Sultan took place in 2013. The forum has become a dialogue platform for discussing more efficient use of the Baikonur Cosmodrome and the development strategy of the Kazakh space industry. More than 600 participants, including representatives of space agencies and 200 foreign delegates from 25 countries, attended the forum this year.