NUR-SULTAN – Karlygash Kabatova, the founder of UyatEmes.kz (Not Shameful), and her colleagues, speaking at an Oct. 29 press breakfast, announced the launch of new training and lectures for parents to aid them in dealing with questions of sex education and their children’s health. 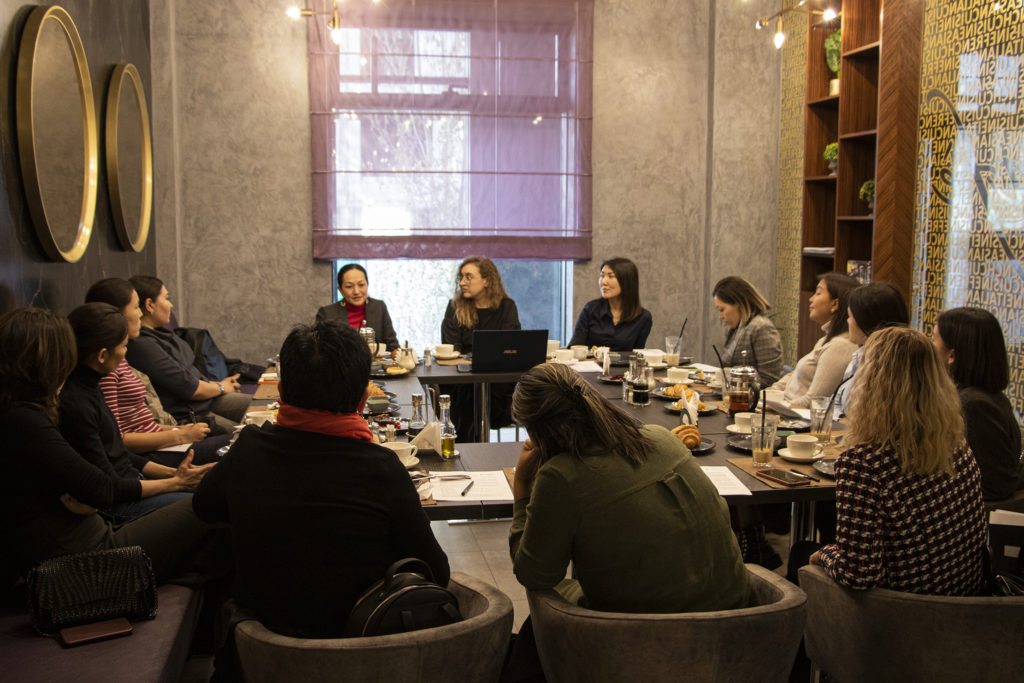 Uyat Emes began last year as a website with articles for parents and teenagers on topics such as sexual health, healthy relationships and consent. The notion of uyat (shame) is deep in the Kazakh culture and forbids talking about anything related to sex, resulting in society ignoring sexual health and education, the activists believe.

The website operates in Kazakh and Russian, which is especially helpful for Kazakh speakers, allowing them to find reliable information when so little is available.

“We noticed from the beginning that parents visit the website more often than children,” said Tandau Foundation Director Irra Bobkova.

She, Kabatova and psychologist Assel Shanazarova devised training for parents designed to help them talk to their children about sex, allowing them to build healthy body images, relationships and attitudes. The four-month initiative includes a free online programme, composed of five classes and live lectures, which will be offered beginning in December 2019. The aim is to create a parent community where they can discuss the issues.

“When my daughter came to me and said that she understood how babies appear in bellies, I was shocked and did not know how to talk about it. I started gathering information and understood that the problem, first of all, is in me, because I needed to understand my attitude towards sex before I could explain it to her. That is why I decided to work with parents,” said Shanazarova.

Her experience showed parents are not willing to pay for or attend her sessions, arguing they already know everything about the topic, but are willing to send their children. The adults’ attitudes, however, are important in building an understanding of sexual behaviour. Their negative reactions often result in teen issues such as hiding their pregnancies, using drugs that lead to miscarriages or failing to report sexual abuse.

Kabatova started studying the accessibility of sex education to Kazakh youth in 2016 in the hope of understanding why so many young girls in the country leave their newborns in toilets or the trash. She and her colleague won a Soros Foundation grant to fund their research.

“We came to the conclusion that we do not have proper sex education. Schools do not have sex education classes. They say that parents should take care of this, but parents often either are not competent enough on this question or find it difficult or shameful to talk about sex. That leaves children with the Internet, but it is hard to find quality information, especially if you do not know how to phrase questions,” she said.

In conducting focus groups in five cities with teenagers and parents, Kabatova learned the teens only information source is often pornography. The medium does not portray a healthy image, as participants frequently have unprotected sex, are violent and simply do not reflect real life.

Sexual literacy positively and directly affects a girl’s or woman’s ability to say “no” to unwanted attention or contact, resist violence and use contraceptives. The lack of understanding by both sexes in protecting their sexual/reproductive rights leads to unsafe sexual behaviour, early pregnancies and the resulting health problems for young women and infants and the spread of sexually transmitted diseases and early marriages, which limits young people’s educational and economic capacities and often leads to domestic violence against women.

“We believe the idea of gender equality is close to each parent in the context of the ability of every girl or boy to protect themselves from sexual abuse,” notes the Uyat Emes press release.

The project seeks to show parents the correlation between gender equality and the right to sexual reproductive health and how these concepts can teach their children safe behaviour.

One of the possible future goals is introducing comprehensive sex education in schools that would be scientific, professional and long-term, without shaming or forbidding.

“Because forbidding does not work,” said Kabatova

While people have become more open in discussing sex since 2016, it is still difficult to gain access to children and teenagers in schools because they consider it propaganda. International experience, however, shows children educated in this area often become sexually active at a later age.

It is also hard to find funding on such a complex topic, which is why it is important that the Canada Fund of Local Initiatives supports the project.