By Elya Altynsarina in International on 7 October 2019

NUR-SULTAN – Positioned as a transit and trade bridge between Europe and Asia, located at the crossroads of Islamic, Confucian and East Christian civilizations, Kazakhstan plans to optimise the opportunities coming up with the age of Asia, said Kazakh President Kassym-Jomart Tokayev, outlining core economic and foreign policy trajectories of his country at the Valdai Talks, Sept. 3 in Sochi, Russia. 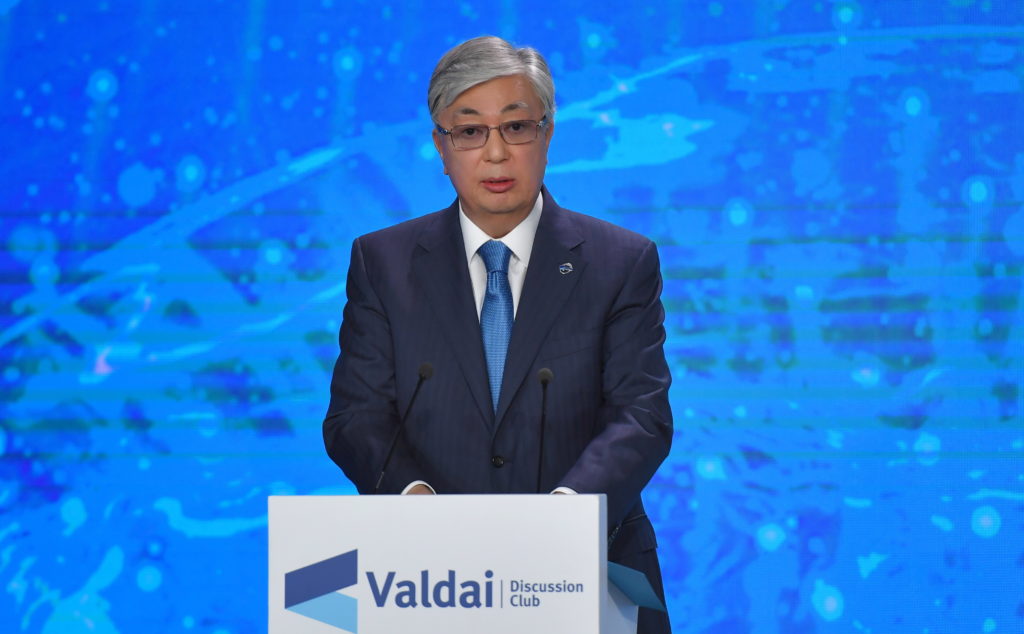 The Valdai Club is an annual event where experts, international officials and public figures discuss global political and economic processes. The topic for this year’s gathering was “The Dawn of the East and the World Political Order,” dedicating the agenda to the East in a broad sense.

“The Great Silk Road, the Golden Horde, Eurasianism are important threads in the cultural code of the Kazakhs,” said Tokayev, noting he has observed the growth of the mega-continent during his 11 years of diplomatic service in Asia.

According to the Kazakh President, the population growth rate, gross domestic product, trade, industrial and high-tech production rates in Asia confirm the forecasts. 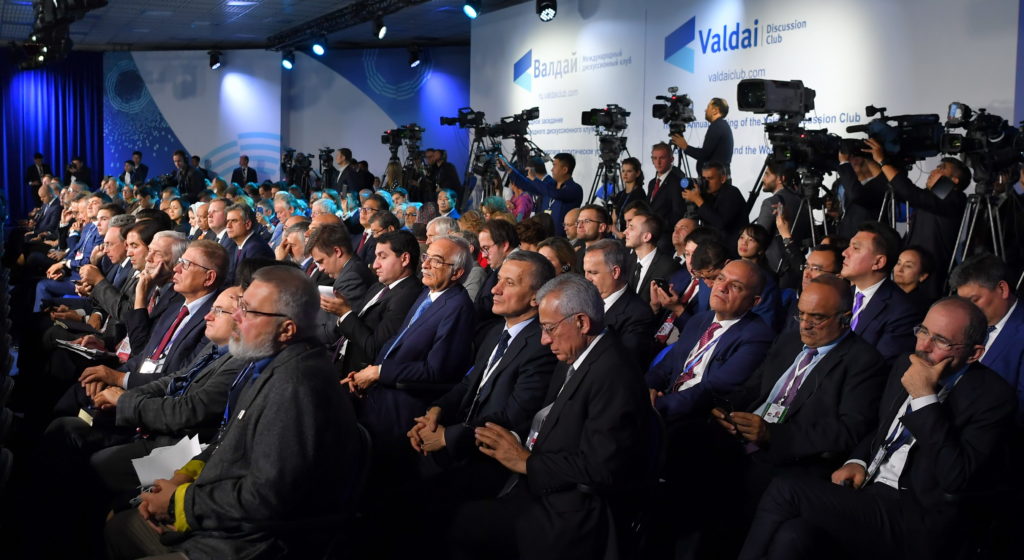 With 60 percent of the world’s population, 21 out 30 of the world’s largest cities on the continent, 210 of the world’s 500 largest companies by income and 36 percent of world production, Asia is ahead in digital technologies and in the number of patent applications. More than 50 percent of GDP growth is accounted for by Asian countries, which stimulates international trade and investment.

Kazakhstan has formulated its infrastructure strategy to embrace these opportunities.

Over the past decades, Kazakhstan has invested more than $30 billion in transport infrastructure, building more than 2,000 kilometres of railways, reconstructing 7,000 kilometres of highways and increasing port capacities at the nation’s Caspian shores to 27 million tonnes annually. Today five railway and six international highways pass through Kazakhstan. The country plans to invest an additional $20 billion in transport and logistics projects by 2025.

“We stand for the openness of our space for new viable transport and logistics solutions,” said Tokayev.

Along with revenue from natural resources, Kazakhstan sees transport and logistics services as a priority area and is planning to gain over $5 billion in next two years.

Tokayev said he also recognises the challenges and number of alarming trends presented by intensifying competition in the global arena.

The first challenge is the globe’s numerous conflicts, including those on the Korean Peninsula, in the South China Sea, Afghanistan, Yemen, Syria, the Palestinian-Israeli conflict zone and the situation around Iran.

“The intensity of confrontational rhetoric, the intensity of proxy hybrid wars, the arms race, including nuclear, have reached a critical point,” he said.

The second problem arises from a lack of trust and dialogue between powers that revive the memories of the Cold War. He said Europe created the Organisation for Security and Cooperation in Europe (OSCE) to ensure the inviolability of borders while Asia has never had strong border agreements. There are multiple bilateral and regional alliances in Asia, but without outlining the universal goals, it may lead to fragmentation of security on the continent. He promised that as the chairman of the Conference on Interaction and Confidence-Building Measures in Asia (CICA) beginning in 2020, Kazakhstan over the next two years will intensify contacts with other multilateral institutions.

Trade interests and the struggle for leverage over the future economic order represent another challenge. That is a challenge where breakthrough technology, such as 5G, artificial intelligence, big data and the internet are the main leverages and tools; sanctions, trade, currency wars, investment restrictions and technological espionage are also used.

The fourth and major issue is climate change, which may put enormous pressure of competition over fresh waters in Asia. The issue has long been among the potential factors of destabilisation in the Central Asian region.

“In this difficult situation, Kazakhstan relies on consistent joint work with the regional states, with international organisations in order to prevent conflicts. In doing so, we proceed from a clear assessment of our capabilities and international resources,” he noted.

Kazakhstan is to continue promoting a pragmatic agenda in Central Asia, which is becoming an important factor in pan-Asian cooperation and security. In this, due to historic and economic closeness, Russia “should play a leading role,” Tokayev said. He said there are clear signs of expansion of the network of EAEU trade partnerships from Singapore to Serbia.

Following the 13 rounds of Syrian talks in Kazakhstan that brought certain positive results, Kazakhstan will continue supporting peace efforts, and will further advocate for assistance to Afghanistan.

As a follower of preventive diplomacy and disarmament measures in foreign policy, Tokayev suggested to transform CICA into an organisation.

“Without a comprehensive solution to the multifaceted security challenges, (…) without collective efforts, instead of the Asian age of prosperity, we risk to get Asian troubled times with gloomy consequences for the entire world,” said Tokayev.

In this, working with the Western world is indispensible.

The common actions could be organised around fight against terrorism, extremism, organised crime and illegal migration and drug trafficking, while jointly fostering the development of human capital, the introduction of best practices in public administration, the building of innovative potential and the efficient use of water resources.

During the gathering, presidents of Russia, Azerbaijan, Philippines and the King of Jordan have also presented their views of the national development in the context of the topic.

At a bilateral meeting, the leaders of Kazakhstan and Russia discussed preparations for the 75th anniversary of Victory in World War II planned for May.