By Zhanna Shayakhmetova in Central Asia on 15 October 2019 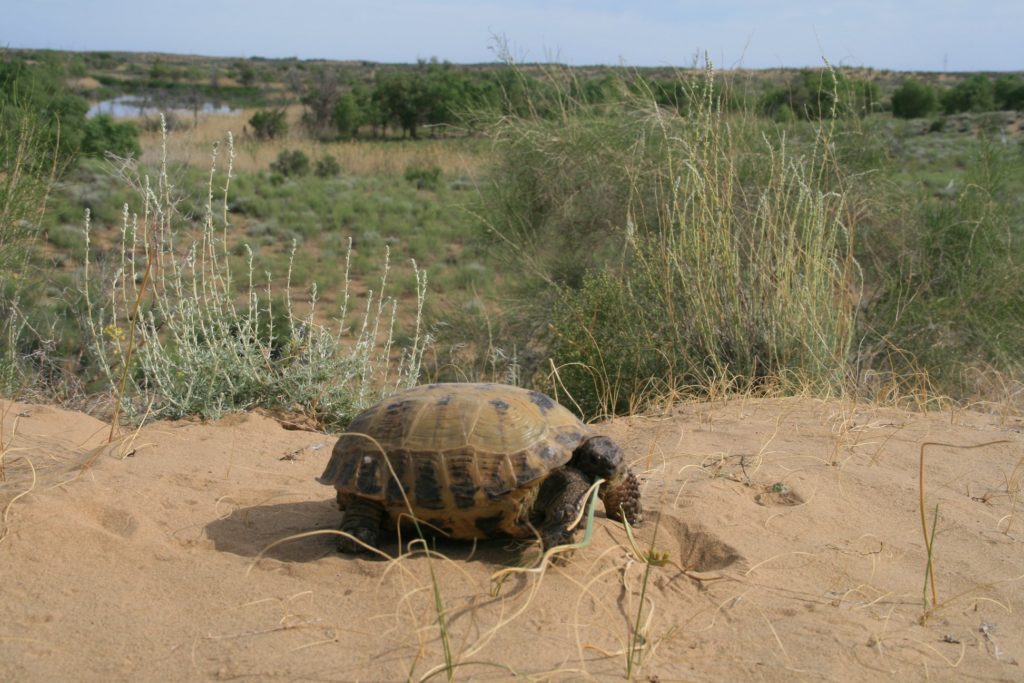 Central Asia has arid and semi-arid areas characterised by serious transboundary desertification, reported the press service of the United Nations Development Programme (UNDP) in Kazakhstan. According to preliminary estimates, 4-10 percent of cultivated land, 27-68 percent of pastureland and 1-8 percent of forest land are subject to destructive processes. The area of ​​degraded land in each country of Central Asia ranges from 40 to 90 percent.

In Kazakhstan, degradation problems affect from 4 to 10 percent of cultivated land, from 20 to 60 percent of pastures and up to 8 percent of the forest land. It relates to cattle grazing or non-compliance with norms on grazing areas, insufficient irrigation and irrational use of water. Kazakhstan is almost entirely located in desert and semi-desert zones, so the land is very vulnerable.

“Economy of Central Asian countries are largely based on agriculture, which makes up 10-38 percent of GDP and provides 18-65 percent of the population’s employment, which makes it dependent on natural resources. Desertification affects 66 percent of the land in Kazakhstan. There is an urgent need to take preventive measures to prevent further land degradation and take measures to restore and further ensure rational use of natural resources including land and water,” said National Coordinator of the UN Convention to Combat Desertification in Kazakhstan Kairat Ustemirov. 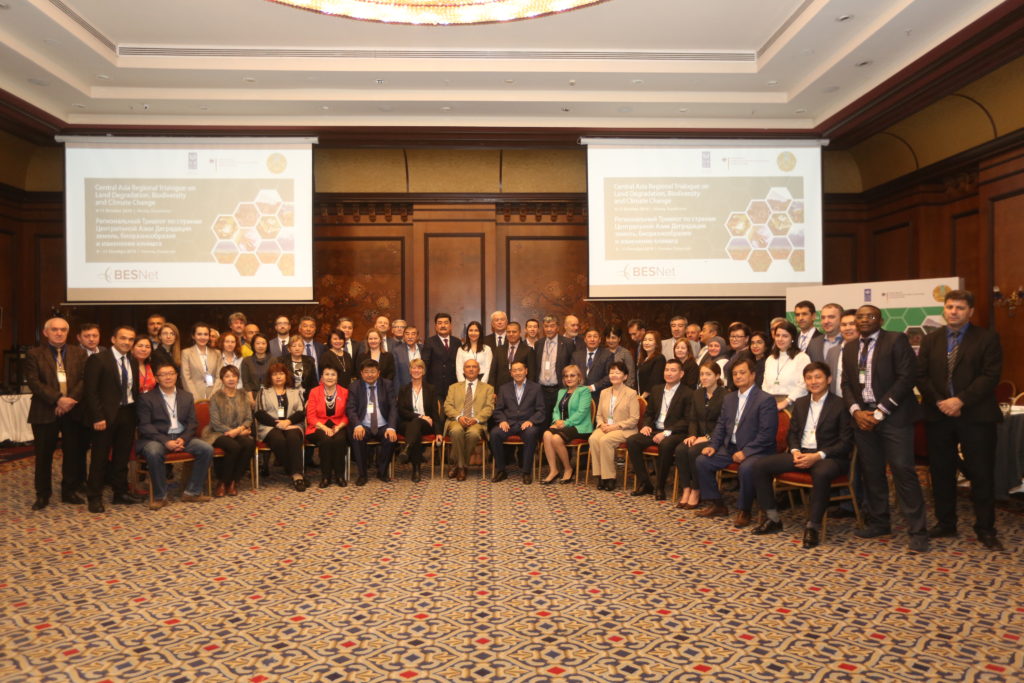 One of the priority areas to solve environmental problems is to increase the efficiency of natural resources and support the green economy.

“Kazakhstan is pursuing a state policy in the field of combating land degradation, preserving biodiversity and climate change. The UNDP supports the efforts of the Kazakh government to conserve biodiversity through more efficient management of wetlands, pastures, steppe ecosystems and helps to prevent the threats of global warming by promoting energy conservation, rational use of land and water resources. Approximately 50 projects were implemented and more than $60 million were allocated for these measures,” said UNDP Deputy Resident Representative Vitalie Vremis.

Today, desertification and land degradation are a global environmental and socio-economic problem. Losses of the fertile soil layer and nutrients negatively affect not only the state of natural ecosystems, but also the quality of life of the local population. 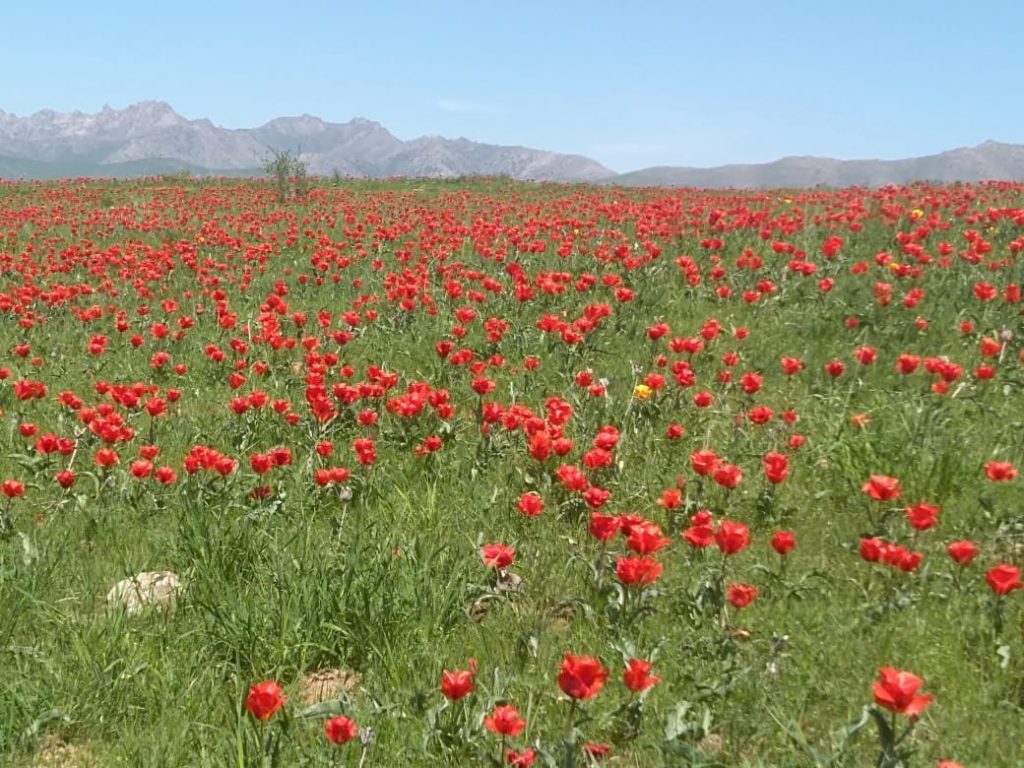 According to United Nations’ data, arid lands occupy 30 percent of the earth’s surface in more than 100 countries where about two billion people currently live. When confirming the scenario proposed by the UN subject to the current rate of desertification, by 2025 every fifth inhabitant of the earth will live in land subject to drought.

“Currently, more than two billion hectares of productive land are degraded around the world, and an additional 12 million hectares annually continue to degrade. While by 2050, we need to increase food production by 70 percent to ensure global food security, this could lead to hunger. In addition, the loss of productive land drives forced migration,” said International Expert of UNDP Global Centre for Policy and Promotion Phillipa Francis Heylings.

The event was organised by the Kazakh Ministry of Ecology, Geology and Natural Resources on the initiative of the UNDP in cooperation with the Intergovernmental Science-Political Platform on Biodiversity and Ecosystem Services (IPBES), the Pollinator Volunteer Coalition, in partnership with the German Federal Ministry of the Environment and Nature Conservation.

Promoted by The Biodiversity and Ecosystem Services Network (BES-Net), the trialogue format is managed by the UNDP and aims to strengthen national capacities for environmental conservation.

The forum gathered representatives of three professional communities, including governmental agencies, scientists and specialists involved in agriculture and environmental issues in the Central Asian region. According to the organisers, the approaches used in the trialogue ensure active interaction between the parties, allow participants to talk about problems and share experiences of successful projects and provide innovative prototypes for best practices in the field of biodiversity and ecosystem services.