By Nazira Kozhanova in Nation on 30 October 2019 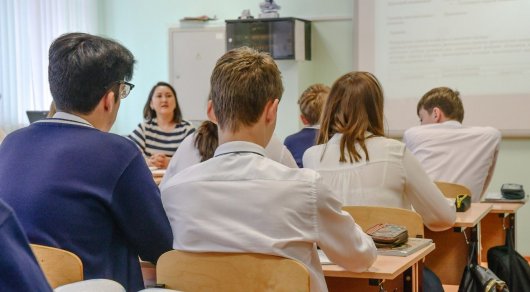 The transition to 12-year education will coincide with changing the Kazakh language from the Cyrillic to the Latin alphabet, allowing textbooks to be prepared in advance. The additional year was not added previously due to the need to prepare the school infrastructure for the switch.

“If we were going to enter the 12th grade now without any preliminary preparation, then we would face big problems: the load (of the change) on the infrastructure of schools, the training of teachers and the release of new textbooks. As indicated in the national plan, 12-year education will be introduced after all classes have switched to the new programme. There are also several transition options… The transition should be smooth when the children go to first grade and already know that they will study for 12 years. Our landmark is 2021. We are planning and are now laying in the draft national programme,” said Aimagambetov.

Kazakh children may start first grade at age six or seven. The new programme would require them to begin at six, which would help them to avoid graduating from high school at an older age.

“Everything is regulated by the law on education. It says that today [the minimum age for elementary school admission] is six years old. More than 80 percent of children already go to school at the age of six. Gradually, from year to year this figure is increasing. Those children who went to school at the age of six, when they finish school, they will still be 17 years old. In principle, this was the case when the children studied for 11 years and started school at seven. Therefore, the age difference is levelled,” he added, according to Forbes.kz