By Aidana Yergaliyeva in Business on 16 October 2019 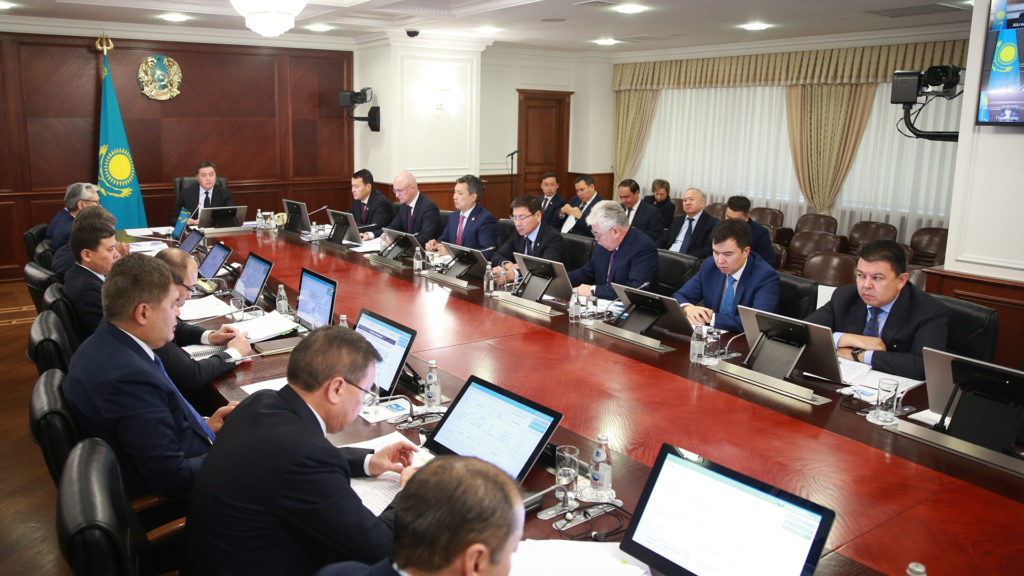 The growth mainly accounts for an increase in output of light industry at 19 percent, manufacturing at 18.2 percent, metal ore mining at 16.1 percent, construction at 13.5 percent, trade at 7.6 percent, oil refining at 7.2 percent and transport at 5.5 percent.

The metal ore mining increased as a result of the 18.4 percent growth of non-ferrous metal ores.

“In September of this year annual inflation was 5.3 percent and is in the planned corridor. In January to August, real incomes increased 6.7 percent,” the minister said.

There are positive growth dynamics in the main indicators in many regions.

“According to the results of the nine months on the main basic indicators of economic growth, I would like to note the positive work of the akimats (regional administrations) of the Atyrau, East Kazakhstan, Turkistan, Zhambyl, Pavlodar regions. This is a good example for other regions. At the same time, some akimats show a decrease on a number of indicators,” said Prime Minister Askar Mamin.

According to First Deputy Prime Minister – Minister of Finance Alikhan Smailov, the state budget revenues grew 15 percent, national budget increased 19 percent and local budgets increased 7 percent. The assets of the National Fund totalled 26.45 trillion tenge (US$67.86 billion), which is an increase of 15 percent year over year.

“At all levels of the budget, high implementation of funds was achieved… The indicators of the reporting period show the opportunities available to complete the financial year at a high level,” Smailov said.

The revenues to the national budget totalled 4.82 trillion tenge (US$12.37 billion). The budget received 61 billion tenge (US$156.50 million), or 101.3 percent, exceeding the plan, primarily due to the increase in the tax payments.