By Nazira Kozhanova in Business on 28 October 2019

NUR-SULTAN – Kazakh entrepreneur Temirlan Aigozhin’s Champloo start-up is set to produce an innovative portative preamp and amplifier. The device is made to sell in Kazakhstan and the U.S., where an agreement has been reached with Amazon reported Forbes.kz Sept. 26. 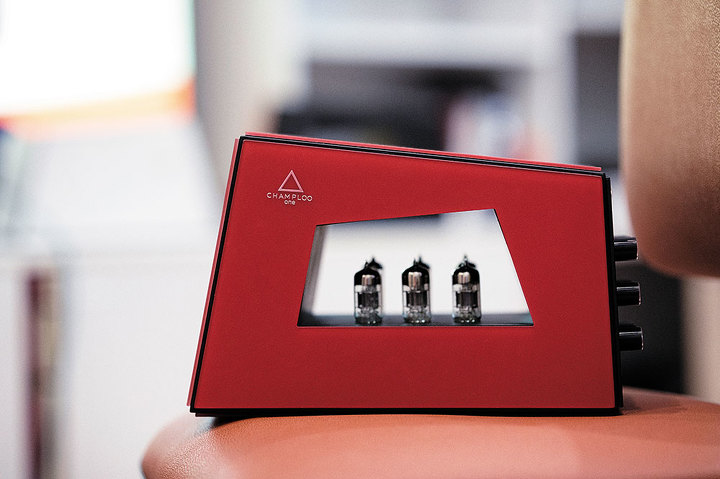 “It is important for me to create a Kazakh audio brand that will be respected for sound quality, design and for the fact that we do not forget the old school. Because after the disappearance of class A amplifiers, especially tube amplifiers, humanity will lose the ability to listen to music that is close to live. The voices of the departed singers and disbanded groups will be silent forever, because the equipment that is offered to us everywhere is not able to accurately convey what they wanted to perform,” he said.

The device is unique by combining a class A tube amplifier, which despite its audio merits is usually large and expensive, with a class D, the most efficient amplifier on the market. Pre-amps and amps typically joined same-class systems, which gave class A devices a unique sound but made them very energy-consuming and bulky.

“Class A tube amplifiers exist, but are manufactured by very conservative people. They use an old fashioned design and are not portable, while young people prefer speakers that you can take with you to a party. As a result, class A began to die out. There are separate speakers, too, but there are no complementary preamps of such a high level. No one will think of connecting such different equipment to each other,” said Aigozhin.

The idea came to him because of his own experience as a DJ while completing his Bachelor’s degree in Engineering at Worcester University (U.K.).

“I always wanted a class A tube preamp for myself, but I did not have money for it and I was not going to spend $5,000-$6,000. At the university, I also worked as a DJ and dreamed of a speaker that would be loud enough, but fit in a backpack. I looked some of them up on the Internet, but they all relied on super bass. I love instrumental music, most of which is played not at low, but at medium and high frequencies,” he noted.

Aigozhin developed the device shortly after completing his studies and returning to Kazakhstan. At an alumni meeting he presented his device to one of his professors, who approved it and agreed to sponsor his visa to further develop it in the United States.

The device will be made to sell for $1,000, with low production costs available due to Champloo’s small development team. The first 500-piece shipment is to be sold in Kazakhstan, while the second is slated for the U.S. market through Amazon. The American version will include a built-in Alexa Amazon virtual assistant.

“A friend of one of the Guns N’ Roses guitarists once came to us from acquaintances in the USA. He really liked the sound and idea of ​​the product and he introduced us to Amazon representatives. They liked the project so much that they even offered to help financially,” said Aigozhin.