By Aidana Yergaliyeva in International on 28 October 2019 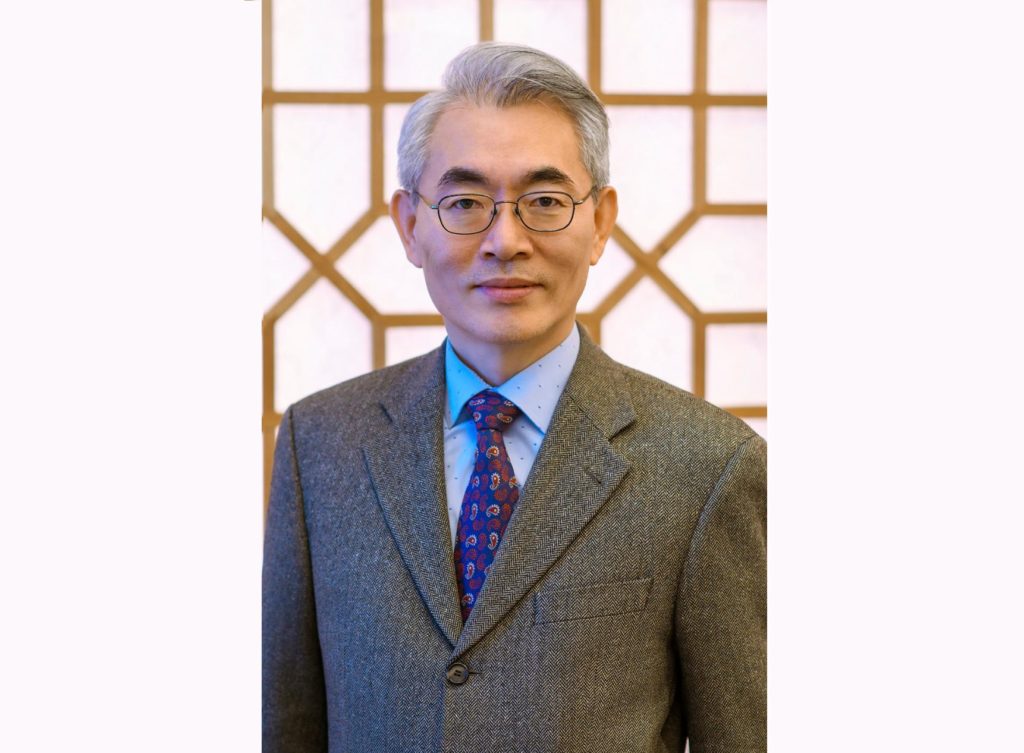 The state visit initiated a chain of visits between the countries’ officials, including trips to Kazakhstan by Korean National Assembly Speaker Moon Hee-sang and Foreign Affairs Minister Kang Kyung-wha and trips to South Korea by Minister of Industry and Infrastracture Development Roman Sklyar, Minister of Foreign Affairs Beibut Atamkulov and Minister of Justice Marat Beketayev.

The countries work continuously to expand their economic ties, and the increase in mutual trade is indicative of their effort. Kim has witnessed the trade volume double during his nearly three-year term as an envoy to Kazakhstan. According to Korean statistical data, the trade volume reached $3.1 billion in the first nine months of 2019 compared to $1.5 billion for all of 2017, he said.

Kazakh data shows mutual trade was $4.29 billion in the first nine months of the year.

“Kazakh and Korean statistics always differ a little from each other for some reasons,” he said.

Korean business circles recognise Kazakhstan as a leading economy in Central Asia and, therefore, “when Korean companies want to enter the Central Asian market, they start to try with Kazakhstan. In other words, Kazakhstan is some sort of a testing board” that measures the extent of their success or failure in the region’s market, he added.

The Korean President’s visit also resulted in the Fresh Wind agreement that set “the new tone for cooperation.”

“They started to strengthen more, because in the new Fresh Wind programme many new areas of cooperation were signed such as healthcare, medicine, smart factories, smart farms, smart technology, IT, education, the fourth industrial revolution and digitisation,” said Kim.

The cooperation offers enormous opportunity for new projects to grow and flourish in the future.

“The bilateral relations could be stronger and better. In my view, there should be one big successful project between the two countries,” he noted.

The project should be as big as the recent, although failed, Balkhash electro station project.

“To talk about the spheres where that kind of business is possible, it is probably car assembling, hospital construction, electric station construction and, maybe even a nuclear power station,” he added.

The two countries granted each other 30-day, visa-free entrance beginning November 2014. The following year, more than 50,000 Koreans visited Kazakhstan and more than 35,000 Kazakhs travelled to Korea.

Kazakhs are also very familiar with Korean culture, as it has been well popularised through the K-wave. Many Kazakhs, especially youth, listen to K-Pop music and watch K-dramas.

The Korean culture centre in the capital organises more than 20 events and performances each year.

“The centre shows all spheres of Korean culture. It is cooking Korean dishes, learning Korean language, culture and history. There are many events where Kazakhs can be introduced to Korean lifestyle,” said Kim.

Kazakhstan and Korea have more in common than it appears. Kazakhstan, for example, is home to more than 100,000 ethnic Koreans.

“They are the connecting bridge between the two countries,” he noted. “In 1937, they were all deported to Kazakhstan. Thus, many of them, unfortunately, lost their knowledge of Korean language. But after we signed a diplomatic agreement in 1992, there appeared many areas in which the countries started to cooperate. In the end, it came that ethnic Koreans started to learn more Korean and get interested in Korean culture and lifestyle and many of them send their children for them to study.”

The Korean government is eager to welcome ethnic Koreans who serve as a bridge with their historical homeland. It tries to provide more educational opportunities, as well as comfortable conditions, for them to study and work in Korea.