By Nazira Kozhanova in International on 10 October 2019

NUR-SULTAN – Kazakh Minister of Foreign Affairs Mukhtar Tileuberdi called for a multilateral approach to achieve stability in Afghanistan Oct. 9 at the Organisation for Security and Cooperation in Europe (OSCE) roundtable on Afghanistan.

“We believe that peace, stability and sustainable development of Afghanistan will surely give a powerful impetus to the stability, development and regional cooperation among all Central Asian countries. Kazakhstan, as an active supporter of intra-regional cooperation processes in Central Asia, is seeking to unite the efforts in fostering mutual understanding and trust among regional stakeholders,” said Tileuberdi.

Tileuberdi emphasised the importance of integrating the Afghan economy with neighbouring economies.

“It is our principled position that Afghanistan should not be viewed as a source of challenges but as a source of opportunities. It is, therefore, critical to integrate the economy of Afghanistan into that of its neighbouring countries, including the Central Asian states, through enhanced interaction and connectivity, and investing in and developing regional infrastructure, trade and transit transportation projects,” said Tileuberdi. 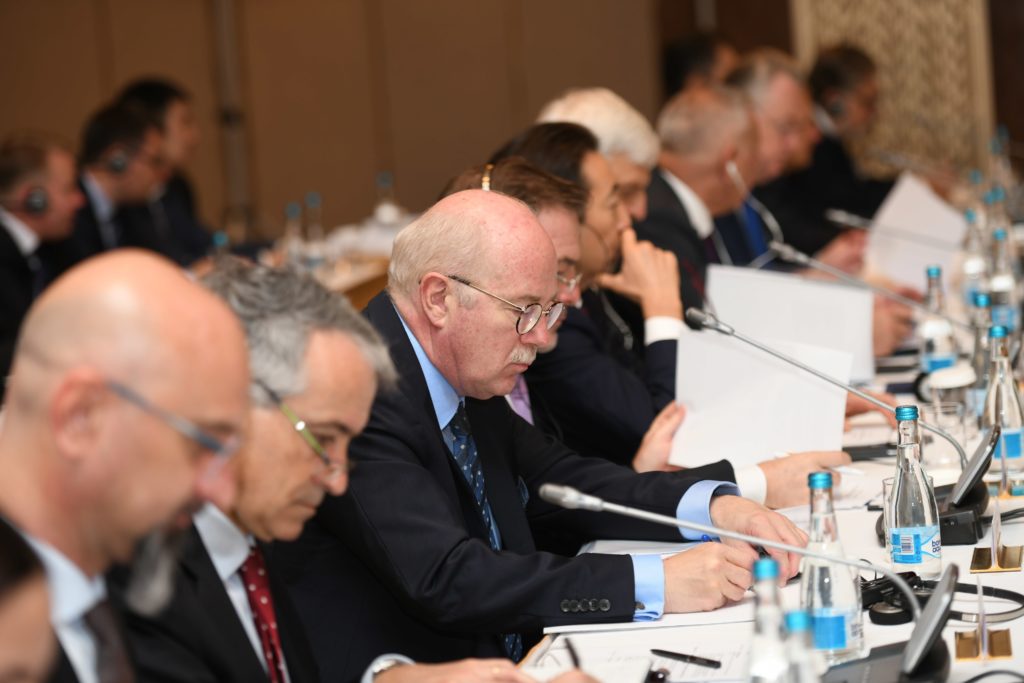 “An important factor in stabilising the situation in this country can be the formation of regional transport routes within the framework of combining the idea of ​​a large Eurasian partnership, China’s ‘Belt and Road’ Initiative and national strategies of other Shanghai Cooperation Organisation member states. The Khairaton-Mazar-i-Sharif Railway and the planned Mazar-i-Sharif-Herat and Mazar-i-Sharif-Peshawar (Pakistan) routes would create a new transit corridor with access to the ports of India, Iran and Pakistan,” said Jononov, according to ru.sputniknews.kz.

Permanent Representative of the Russian Federation to the OSCE Alexander Lukashevich expressed scepticism, however, regarding the importance of external factors in stabilising the Afghan economy. 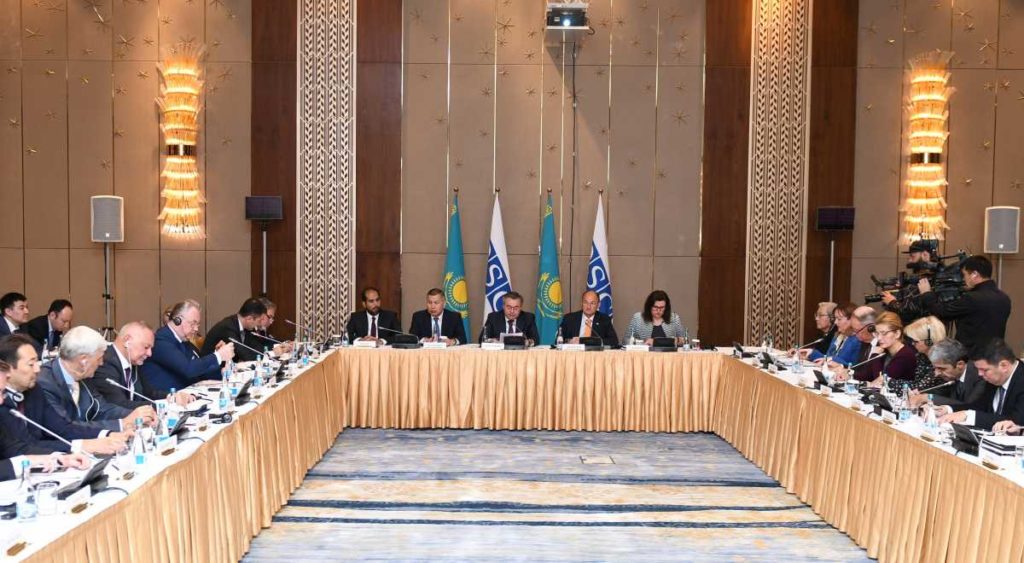 “I spent 20 years in Afghanistan. No matter how many beautiful declarations we make, until the Afghans themselves agree on the procedure for doing business in their country, no international force, no matter how influential it may be, can write them a recipe for success,” said Lukashevich, reports ru.sputniknews.kz

Tileuberdi also urged the OSCE to seek multilateral solutions to the challenges Afghanistan faces and highlighted the work Kazakhstan does with Afghanistan.

“Kazakhstan continues to provide technical and humanitarian assistance to Afghanistan through bilateral and multilateral agreements. To date, we have provided assistance worth more than $80 million. And in recent years, this amount included $3.5 million, aimed at the construction of medical and educational centres, the restoration of roads and bridges in various provinces of Afghanistan. In addition, three years ago, Kazakhstan allocated $2 million to assist Afghan National Security Forces,” said Tileuberdi.

He emphasised the experience of educating Afghan youth in Kazakhstan as an example of Kazakhstan’s work.

“We believe Afghanistan cannot build a stable state without an educated generation of young people. As a result, at the initiative of First President of Kazakhstan, Nursultan Nazarbayev, $50 million were allocated as part of the government-funded programme to educate 1,000 Afghan students in Kazakhstan’s top universities,” said Tileuberdi.

This initiative is continued now in cooperation with the European Union and the United Nations Development Programme (UNDP).

“This initiative was appreciated by the international community and today continues to develop successfully, now as part of the multilateral projects, together with the European Union and the UNDP. In fact, later this week the first group of Afghan female students will arrive in Almaty to start their studies at the leading universities of Kazakhstan under the Trilateral Cooperation Programne between the EU, Kazakhstan and Uzbekistan on the economic empowerment of the Afghan women, supported by the UNDP. We also welcome the adoption of a new EU Strategy for Central Asia that gives impetus to further promotion of cooperation between the EU and the Central Asian states, reflects the reality of current relations and charts new directions for our strategic partnership,” said Tileuberdi.

Tileuberdi also announced Kazakhstan is returning 14 children, whose mothers received life sentences in Iraq, to Kazakhstan, in addition to more than 400 children returned to the country since the beginning of the year.