By Elya Altynsarina in International on 28 October 2019

NUR-SULTAN – The Presidents of Kazakhstan and Belarus oversaw the signing of five bilateral agreements and held a joint press conference Oct. 25, concluding a two-day official visit by Belarusian President Alexander Lukashenko to the Kazakh capital. Lukashenko’s visit was his first to Kazakhstan since the election of President Kassym-Jomart Tokayev.

“We are interested in increasing the volume of trade between our states, strengthening ties in the humanitarian sphere, and continuing active cooperation with international organisations,” said Tokayev.

Tokayev noted mutual trade had tripled over the last three years to $800 million in 2018 while Kazakh imports to Belarus have increased 45 percent. He said mutual trade can be increased and announced an agreement to develop a long-term plan, utilising the Eurasian Economic Union, to increase trade and the quantity of goods supplied. 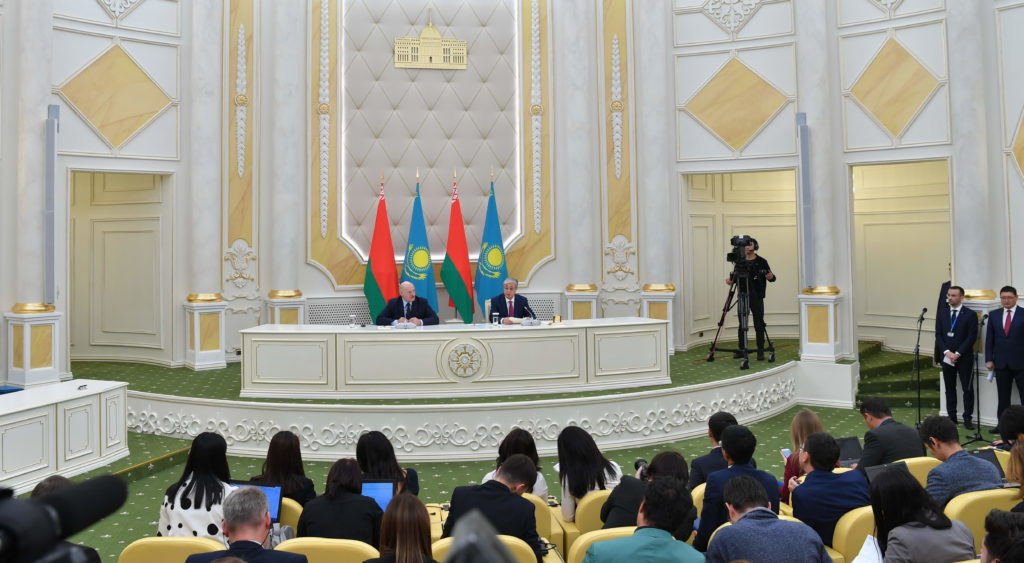 “Currently, there are about 340 joint enterprises in Kazakhstan. Eight joint ventures are engaged in the production of large industrial and agricultural equipment,” the Kazakh President said.

“If Kazakhstan is a gateway to Asia, then Belarus is a bridge to Europe; our countries are part of the Belt and Road Initiative, and by implementing it we will give a new impetus to our trade and economic ties,” Tokayev said.

The United Transport and Logistics Company, in which Kazakhstan and Belarus are shareholders, increased over the past three years the container rail transport service along the China-Europe-China route almost 6.5 times.

The sides also noted the potential for cooperation in IT through Nazarbayev University, the Astana Hub, and the High-Tech Park in Minsk, as well as in the field of finance via cooperation with the Astana International Financial Centre.

The presidents also discussed developing economic ties in the region and hosting of a forum on interregional cooperation.

Tokayev said the visit will enhance Kazakh-Belarusian strategic and economic cooperation. Speaking at a joint press conference of the two leaders, he said the basis for the countries’ strategic partnership was established by Kazakhstan’s First President, Nursultan Nazarbayev and that Lukashenko’s visit is a continuation of that partnership.

Tokayev added that Lukashenko is one of the most experienced politicians in the Commonwealth of Independent States (CIS) and noted they have met three times over the past six months. 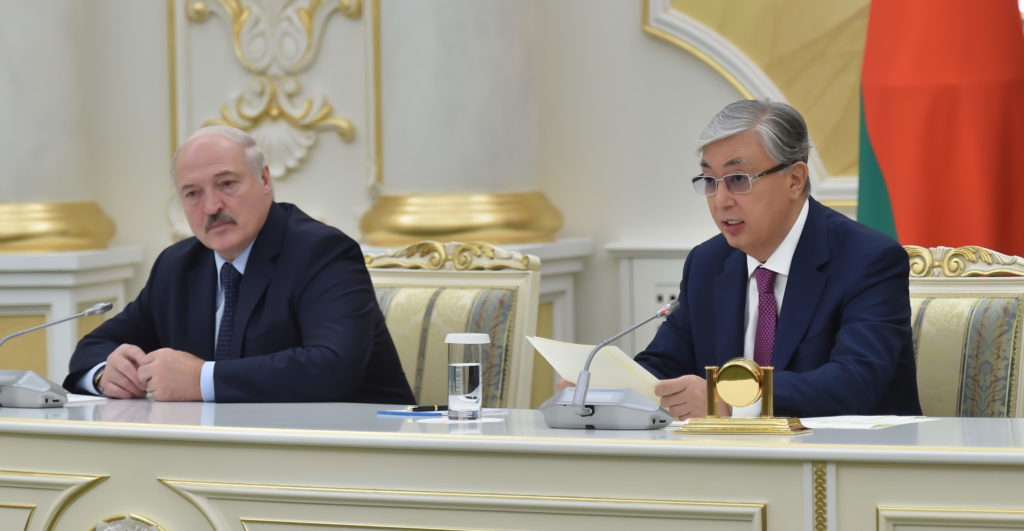 “I want to note that our relations with Kazakhstan are close, our economies are mutually supportive, we always create new opportunities for each other. Everything that we produce in the country, is Kazakhstan needs it, everything that you produce in Kazakhstan, we are ready to purchase with great pleasure,” Lukashenko said, adding that the state of relations is the result of years of cooperation.

“Between Minsk and Nur-Sultan, we have gained positive experience of interaction at all levels,” he said.

The two leaders issued a joint statement after their meeting, which seeks to intensify cooperation and coordinate actions in the international arena.