By Diana Vassilenko in Nur-Sultan on 6 October 2019 “Since 2015, the start of Rotary Club activities in Nur-Sultan, our club has been actively trying to make our city a better place. This playground is an indicator of us doing our best. Thanks to our sponsors and contributors such as the U.S. Embassy, which donated money; the organisation Total S.A.; the city akimat (administration), which provided us with this large area; Yessil District Akim (Mayor) Berik Zhakenov and others, the opening of the playground today was possible,” said Lyazzat Alshinova, Rotary Club in Nur-Sultan former president, current member and project initiator, at the opening ceremony. 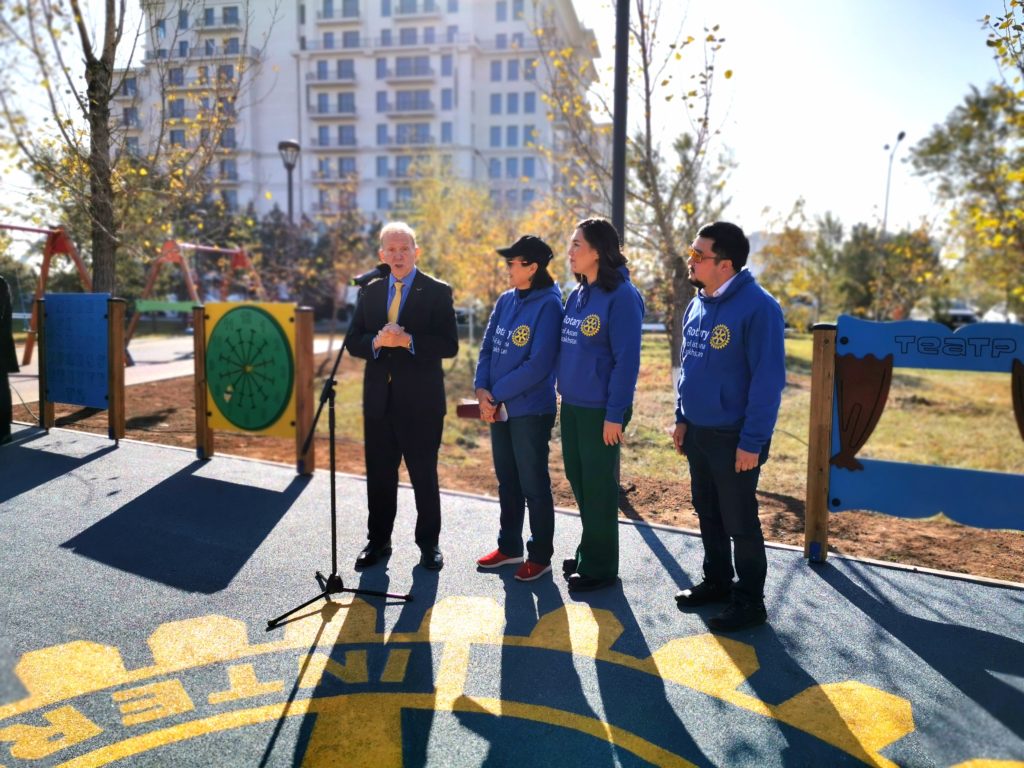 “All of us (sponsors, contributors) are a great united family. Everything that we do, including opening this playground, is for the happiness of our children today. Our motto is ‘Children are both our present and our future,’ which is why we need to create such an environment and conditions so that every child has full and equal opportunities,” she added.

The playground is designed to help children with their physical, mental and social development. The capital akimat allocated an 800-square metre area in Central Park near the Atyrau Kopiri pedestrian bridge and St. Regis Hotel. The site includes 15 pieces of equipment, including wheelchair-friendly game sets, safe swings for children with special needs, adapted sandboxes and special tactile panels.

“One of the main priorities of the U.S. Embassy is supporting anyone regardless of their capabilities. We are proud to support such projects as part of our yearly grant programmes. Each of the projects has a long-term positive effect on the community and is a step towards a society that supports equality and justice,” said Moser. “In the modern society, everyone has to ensure that no one is left behind. This is particularly relevant when speaking about children, who are responsible for the future of our country.” 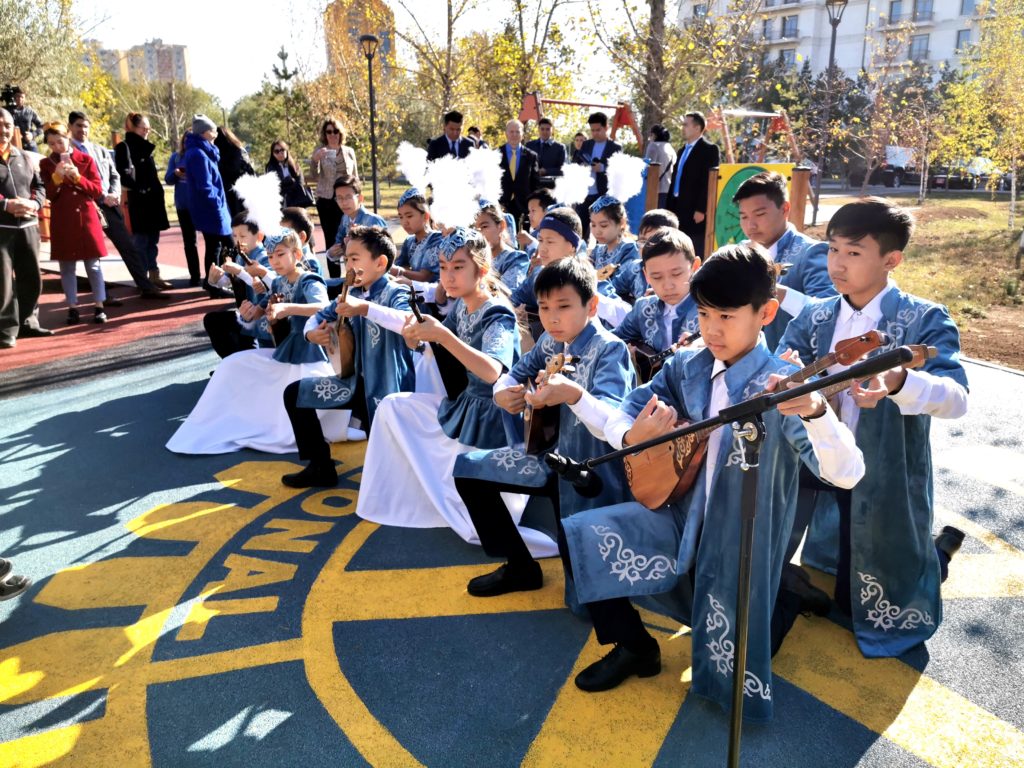 “We are happy to be a part of this project, which provides children with disabilities more opportunities. We are looking forward to seeing the positive impact this playground will have on society,” he added.

The Rotary opened the first playground in 2018 near the Kazakhstan Sports Palace on the Akbulak River embankment. The club worked on construction with the Almaty district akimat.

“I am very grateful to the Rotary Club for its activities and support. I think it’s very important to take part in these kinds of smooth and systematic activities that are part of the governmental programmes in order to support our children, children who particularly need attention and support. We will be attentive to their needs as much as we can, so that they can be as comfortable and happy as possible,” said capital Deputy Akim Baktiyar Maken.

“We will strive to create more inclusive parks and public places, enabling our city to flourish and become the best capital in the world,” he added.

Arsenal Cinema and Marwin store representative Venera Bayziyeva presented children at the ceremony with illustrated books and invited them to visit the cinema. The event was followed by an entertainment programme featuring children from Zamandas 21, a family outdoor club in the city which played compositions on the dombyra (Kazakh traditional string music instrument), showed a dance and had the audience participate in a flash mob. City bakeries provided visitors with complimentary snacks and beverages.