By Yelena Levkovich in Nation on 23 October 2019 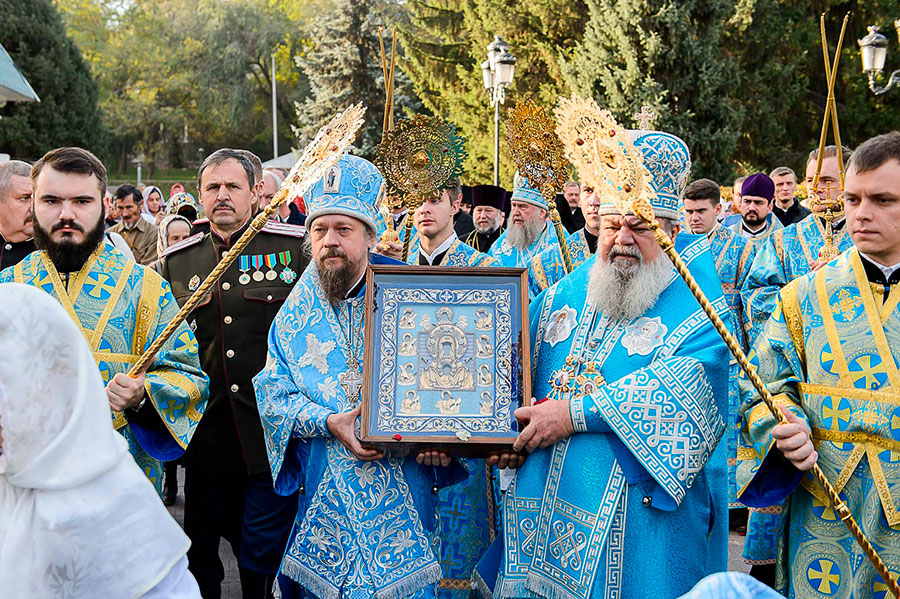 Standing under the arches, the Metropolitan of Astana and Kazakhstan Aleksander congratulated the clergy and lay people on the special occasion in the city’s spiritual life and held the first divine liturgy for parishioners after presenting the Holy Mother statue.

The event attracted many guests including the Russian Consul General and heads and members of public institutions and ethno-cultural communities.

The reconstruction was the first in cathedral’s 110-year history. Specialists restored everything from crosses and fronts to engineering networks, using up-to-date technical solutions to provide utilities and ventilation systems. They also replaced the window frames, installing ones made from high-quality wood while maintaining the historical nature of the cathedral’s facade. 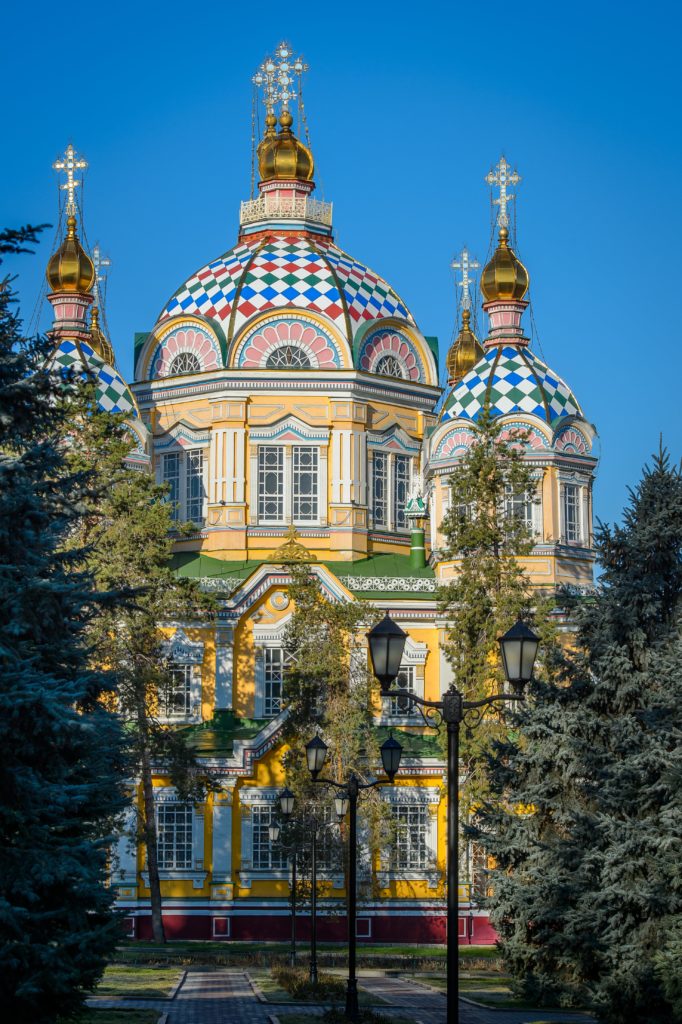 The work was completed without state budget funds, as donors assumed all expenses. Local ecclesiastics and restorers had appealed to the Ministry of Culture and Sport for financial aid, but such spending is excluded from the national budget, it noted. Almaty city officials have promised to refurbish the surrounding area.

Kazakh architect Timur Turekulov, who served as project supervisor, oversaw approximately 2,000 specialists, including local workers, Russian artists and gilders and German engineers and architects. The main challenge was damage to one of the pillars, which required foreign technicians to develop an engineering solution to avoid disassembling the building.

Relying on old photos and documents, restorers added early lost elements, such as the crosses painted on the cathedral’s domes. They also renewed the main crosses, covering them with a layer of gold leaf.

The 56-metre cathedral, the world’s tallest wooden Russian Orthodox church, is one of the city’s and country’s main tourist sites. Begun in 1904 and finished a year later, the church witnessed many historical events. In 1927, it ceased operating as a house of worship at the direction of the Soviet government and subsequently served as a museum, exhibition pavilion and meeting site for public organisations. The cathedral regained its religious significance in 1995 and resumed public liturgies following certain repairs.