NUR-SULTAN – Kazakh wrestlers secured eight Olympic licenses for the country’s team at the senior World Wrestling Championship that ended Sept. 22 in the capital. The competition, organised in the city for the first time, gathered approximately 1,000 athletes from 105 countries. 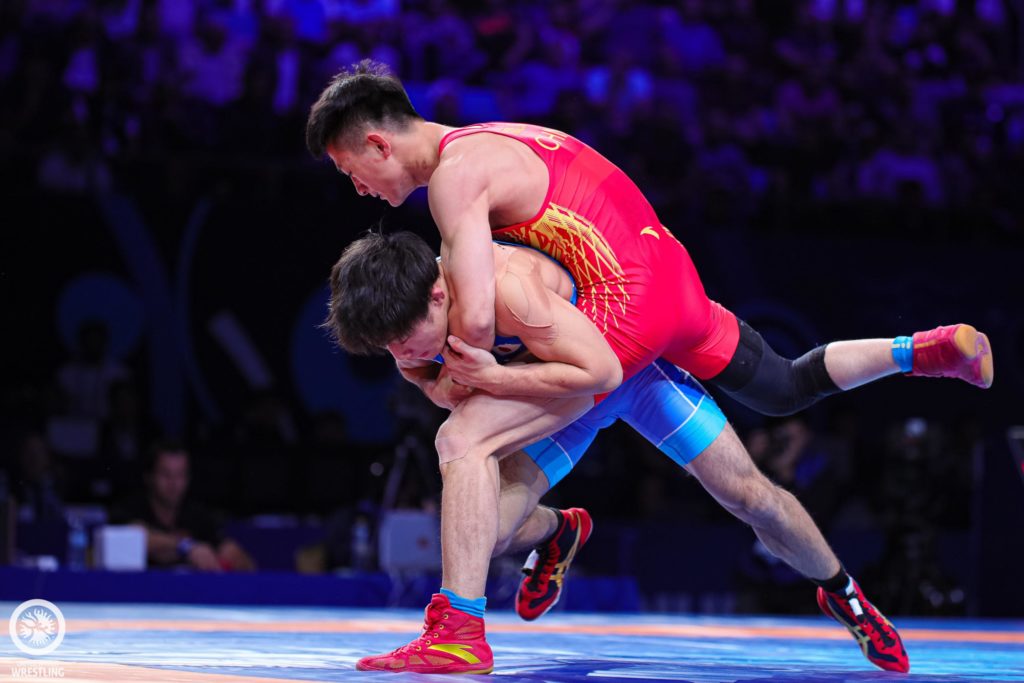 The championship was an opportunity for the top six finishers – gold, silver, two bronze and two fifth-place – to lock up spots for their countries in the 2020 Summer Olympics in Tokyo. The remaining qualification spots will be decided at continental competitions and a Last Chance Qualifier.

Senior wrestling is the competitive category including men’s Greco-Roman and women’s and men’s freestyle. It does not refer to the competitors’ ages.

The Russian team topped the general ranking with 19 medals (nine gold, five silver and five bronze); followed by the United States, which grabbed seven, and Georgia, which claimed six.

Kazakh Greco-Roman wrestler Meirambek Ainagulov, competing in the up to 60 kilogrammes (kg) weight category, was the first to win a spot for his country in next year’s Games. He lost the semi-finals Sept. 17, however, and won bronze.

Teammate Askhat Dilmukhamedov (up to 77 kg) became the main sensation of the championship, knocking Russian two-time Olympic champion Roman Vlasov out of the tournament in the 1/8 finals. Vlasov, the favourite in the weight category, lost 3-0.

In the quarterfinals, Dilmukhamedov defeated Serbia’s Viktor Nemes, 4-3. The win put him in line with the six best wrestlers in the weight class and secured Kazakhstan another Olympic spot.

He later lost to Zhalgasbai Berdimuratov of Uzbekistan, 3-1, landing him in fifth place.

Freestyle wrestler Daniyar Kaisanov (up to 74 kg) also secured an Olympic spot for the team after defeating South Korea’s Seungchul Lee, 6-0. He then lost 4-3 to France’s Zelimkhan Khadjiev.

Alisher Yergali took fifth in the 97 kg freestyle category when he lost to Magomedgadji Nurov of North Macedonia. He secured an Olympic license for the team.

Freestyle wrestler Daulet Niyazbekov won the silver medal in the 65 kg category after yielding to Gadzhimurad Rashidov of Russia, 11-0. The win secured him a spot at the Tokyo Games.

Nurislam Sanayev earned bronze and an Olympic license in the 57 kg category. He lost to Suleyman Atli of Turkey in the semifinals.

In the women’s championship, Valentina Islamova claimed bronze in the up to 50 kg category and won an Olympic license.

Elmira Syzdykova (up to 76 kg) ranked fifth, thereby winning a spot at the Games.