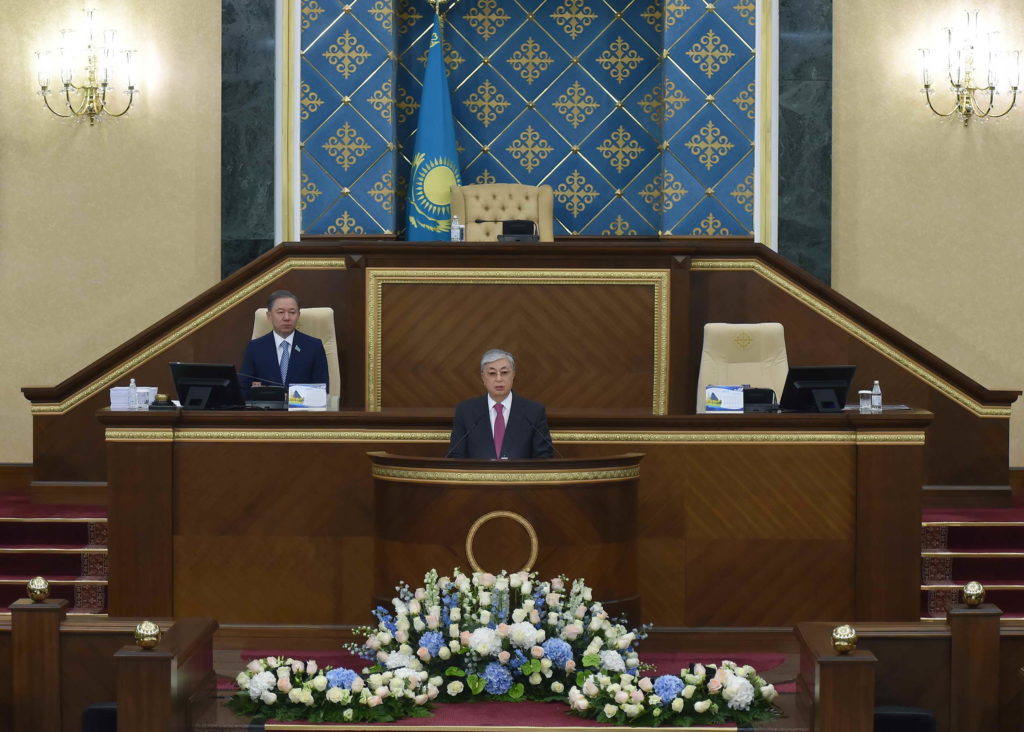 Tokayev was elected President June 9 in an early election and in his first state-of-the-nation address outlined his vision for “a state that listens” and responds to citizens’ constructive criticism. A complete summary of his address can be found elsewhere in this publication.

“It is necessary to support civil society, to involve it in the discussion of the most pressing tasks for the state. That is why a representative National Council of Public Trust has been created, which will work on a rotational basis,” he said of the council that will meet for the first time Sept. 6 to determine council rules.

He also called for more flexibility in allowing public rallies and for those rallies to be allowed in more prominent locations.

“According to the Constitution, our citizens have the right to freedom of expression. If peaceful rallies do not aim to violate the law and calmness of the citizens, they need to be embraced and they need to be given permissions required by law and offered special locations. Not on the outskirts of cities, by the way,” he added.

Tokayev also called for the toughening of penalties “for sexual violence, pedophilia, drug trafficking, human trafficking and other serious crimes, especially those against children.”

“We have moved away from excessively repressive measures and harsh punitive practices. However, numerous serious crimes still occur in the country. We got carried away with the humanisation of legislation, having lost sight of the fundamental rights of citizens,” he said.

The President also suggested launching a pilot project on assessing akimats’ (local administrations) efficacy through surveys, so that “if more than 30 percent of surveyed people believe that the akim (mayor) of a city or village is ineffective, then this is a reason to set up a special commission.”

He also aims to strengthen the role of Kazakh as a state language, saying “the time will come when it will turn into a language of interethnic communication.”

People responded to Tokayev’s remarks online and in interviews with The Astana Times.

In response to the President’s call for efforts to allow more public rallies, Oyan Qazaqstan (Wake Up Kazakhstan) civic movement activist Assem Zhapisheva responded on Twitter (@zhapisheva), saying she would like to see the government require “only notification” of a protest, not seeing the necessity for its permission. Zhapisheva also urged during an August 30 rally for “the government and Kazakh President Kassym-Jomart Tokayev to listen (to the movement) and begin a dialogue with civil society… to bring national law in line with international law.”

A twenty-year-old university student who only gave his first name, Alisher, told The Astana Times he agreed with Tokayev’s call for tougher penalties for sexual violence, but said it is important for the humanisation of the justice system to continue.

He emphasised that “it is also important that reform in humanising the justice system, particularly the rehabilitation of offenders, does not cease in the midst of toughening laws.”

Alisher also said he supported Tokayev’s task to make local authorities more accountable through surveys, considering it important “to monitor the (pilot project’s) implementation to ensure that the opinions of people are taken into account, not made-up statistics or non-representative survey results.”

Tokayev also noted in his address the need to strengthen the protections for children. In July, Aruzhan Sain was appointed Kazakhstan’s ombudswoman for children’s rights. A thirty-two-year-old mother of three, who gave the name Togzhan, told The Astana Times that “the country faces high rates of suicide among teenagers and abuse in children’s homes (but that) Sain seems up for the tough job.”

“The politics of language in Kazakhstan is an important issue,” Astana Debate Union Co-founder Aigerim Shadeyeva also said in response to Tokayev’s instruction to strengthen Kazakh as a state language. “We must not necessarily focus on strengthening the status of the Kazakh language so much as on addressing communication issues among various socioeconomic groups in our country so that people may better understand each other and each other’s problems and so that no language group would face discrimination in educational institutions and the job market or at entertainment centres, such as cafes, cinemas or restaurants, due to the fact that they do not know a given language, particularly Kazakh.”